A chelsea fan who found himself at the centre of a national controversy after a video appeared to show him racially abusing Raheem Sterling will not be prosecuted.

Colin Wing, 60, insisted he did not call the Manchester City forward a ‘black c**t’ instead claiming he had shouted ‘manc c**t’ at the player as he collected a ball from the side lines.

Yesterday the crown prosecution service concluded that Mr Wing, a BT manager, could not be prosecuted for his actions at the December game.

The decision not to prosecute Mr Wing was made on the advice of a lip reader who said their was insufficient evidence from the clip to prove which combination of insults were shouted, reports The Mirror.

Mr Wing and three others were suspended from attending Chelsea games while the investigation was ongoing. 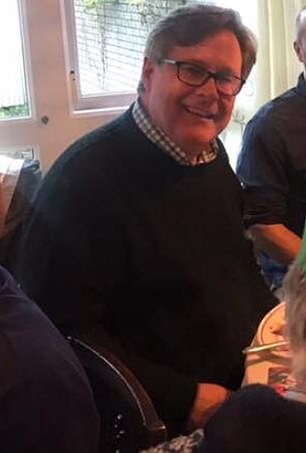 Yesterday a crown prosecution service spokesman said: ‘Having carefully reviewed the evidence, including advice from a lip reading expert, we have found insufficient evidence to prove that the words used by one of the individuals were racially aggravated.

‘This means no further CPS action can be taken.’

England winger Sterling, 24, is believed to have given a statement claiming he hadn’t heard any racist language, reports The Mirror.

‘I’ve been going to Chelsea for 50 years now and, because of where I sit, I’m picked up on the camera most weeks. If I had a history of saying this sort of thing I would’ve been caught by now.

‘Nobody around me said they heard anything. I want to apologise unreservedly to Raheem and hope he can be a better man than I am by accepting it.

‘I offer him an unreserved apology. Even if it wasn’t racist, it’s not right what I said. Even the swearing is bad – but I got carried away. 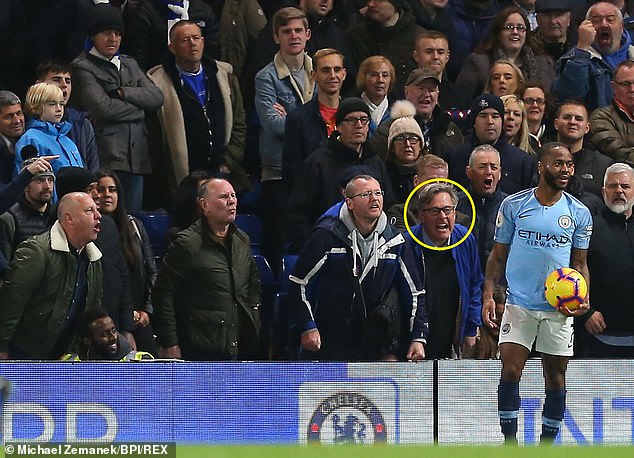 ‘I was completely out of order, but I’ve lost my job and my season ticket now so everybody’s got what they wanted. So why can’t they leave me alone?’

Mr Wing, who supports Chelsea, said police spoke to him twice on the day of the match without levelling any charges. He and three other men were suspended from attending Chelsea’s home matches at Stamford Bridge.

Several of Mr Wing’s neighbours instantly identified him from CCTV footage and matchday photographs. One said: ‘It’s mortifying to think somebody capable of that could be living along your street.’

Another said: ‘We need to stay out of this and think about our young son, but it’s unbelievable to think the man we just heard about on television might be a neighbour of ours.’