It is 5pm, the night before Tottenham Hotspur’s Champions League semi-final first leg, and Rafael van der Vaart is reflecting on a day spent behind the scenes with the Ajax squad.

Invited as a special guest, he was on their 10.35am commercial flight from Amsterdam to London Stansted, joining the players as they played the board game Ludo on an iPad.

The seats, coloured red, bore their names and shirt numbers on the back and Van der Vaart is set to attend their training session at the Tottenham Hotspur Stadium shortly. 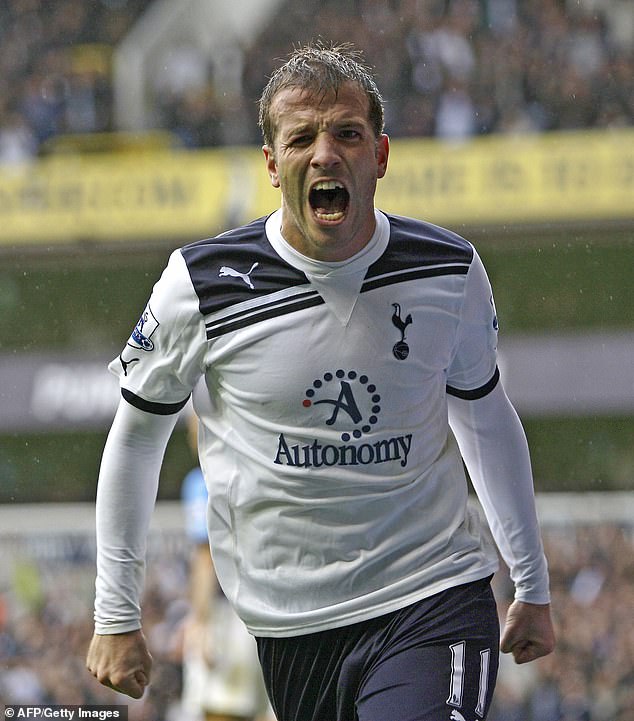 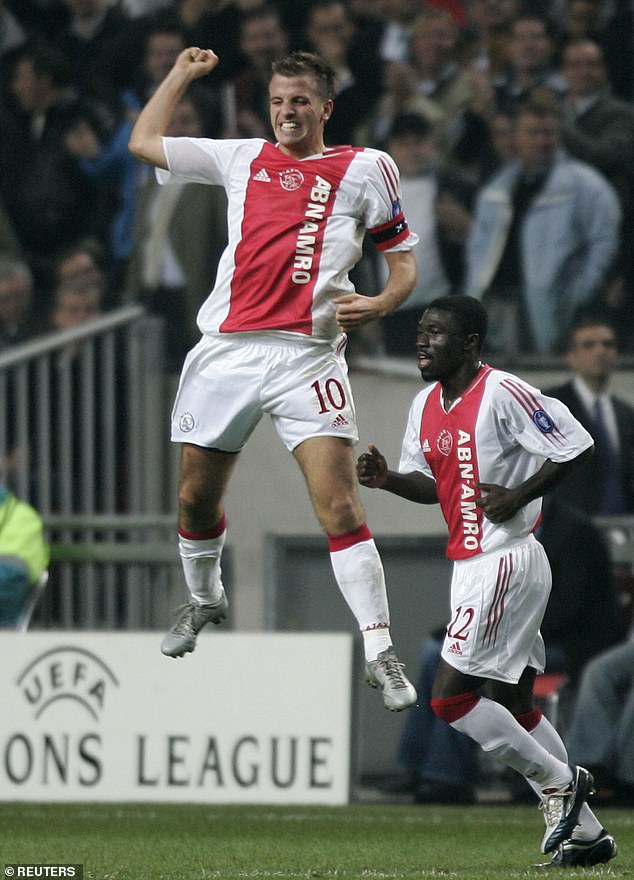 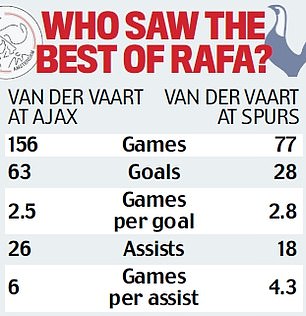 The 2010 World Cup finalist has been the ultimate fly on the wall. So after a day in the company of Matthijs de Ligt and Co, did he have any advice for these Ajax kids who stand between Tottenham and their first European final since 1984?

Van der Vaart flashes a familiar smile and says: ‘This is something I can say to all the players, not just Ajax’s but also Tottenham’s: “It will be a mad game. Enjoy it because time flies.” Just enjoy it.

‘For Ajax, it’s a surprise. To reach the semis, beating Juventus, beating Real Madrid, doing well against Bayern Munich, it has been a fantastic period of games they did not think was possible.

‘Down to earth, fantastic guys. They have goals and also the feeling that this is the year something special can happen. You have to be brave. You have to play with attitude, with cojones.

‘I know how good Tottenham are so I also have to say to them “Listen, easy, beating Man City was a huge achievement and we will all remember that second leg, but you have to start over again and give everything”. This will be a hell of a game.’ 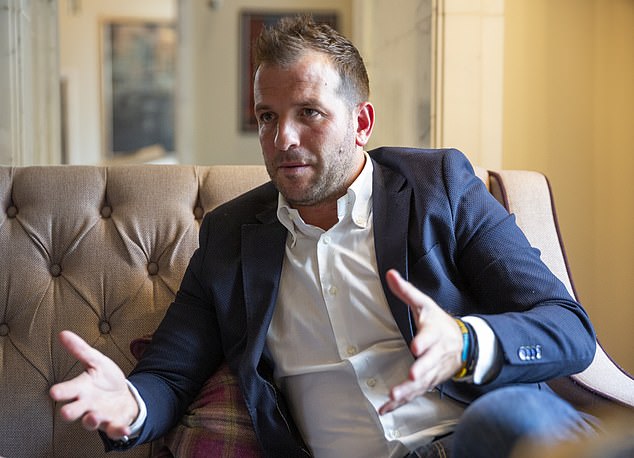 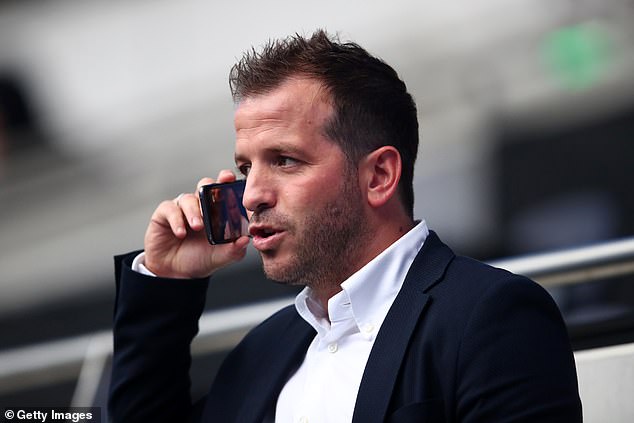 Van der Vaart finds himself in a love triangle.

On the one hand, he adores Ajax, the club whose world-renowned academy handed him his start in football. He joined them at 10 years old and made his first-team debut at 17. On the other, he loves Tottenham, where he spent two wonderful years before going back to Hamburg.

So the burning question: who will he be supporting tonight?

Now 36 and retired, Van der Vaart is in a unique position. He is one of a few players to have played at Tottenham’s new 62,062 arena, having taken part in the Legends match last month.

In the 55th minute of that game against Inter Milan’s old boys, the board went up and Paul Gascoigne was ready to come on. It was Van der Vaart who he replaced.

‘Tottenham holds a special place in my heart,’ he says, before moving on to his most memorable match in a Spurs shirt – their 3-3 draw with Arsenal at White Hart Lane in April 2011. 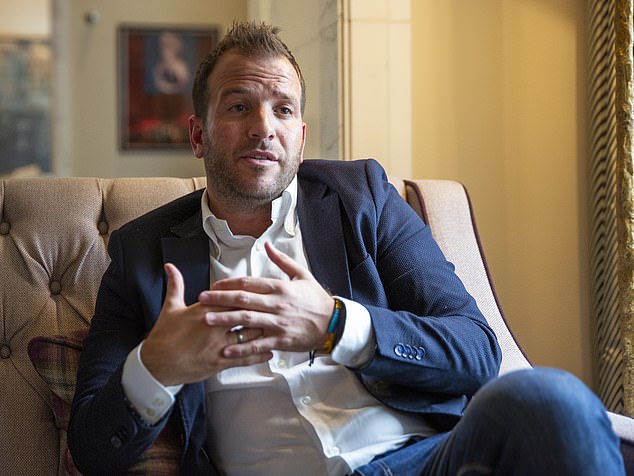 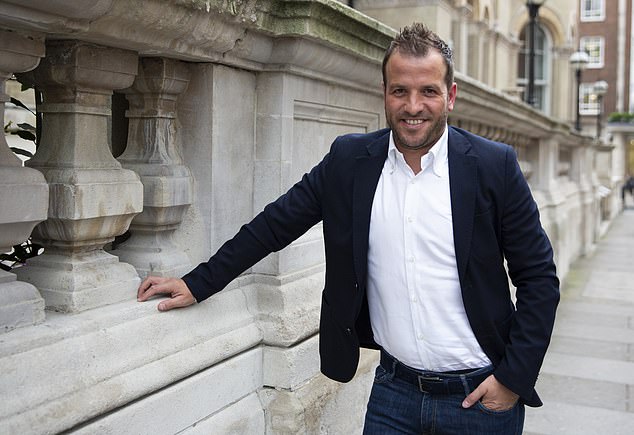 ‘I scored twice,’ he begins, readying another big grin. ‘But one of the best thing was to put the ball between Jack Wilshere’s legs two times. We had so much fun these years and that was the best thing for me.’

He will be bringing his flair to the oche soon. Van der Vaart is set to make his darting debut at the BDO Denmark Open in Esbjerg in early May alongside his brother, Fernando. ‘I don’t think I will survive the first round,’ he says.

Van der Vaart always came across as your typical nice-guy footballer. That notion is backed up by the fact that, after growing up in a trailer park and after a few years of saving at age 18, he bought his parents a house in Beverwijk. They still live there now.

Before we part ways, he wants to talk about Tottenham in 2010-11 – his first season at the club and when they reached the Champions League quarter-finals, losing to Real Madrid. 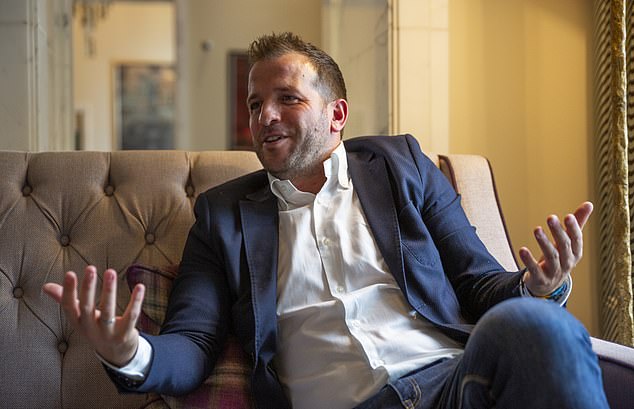 He played in the recent Legends match, and was replaced in the second half by Paul Gascoigne

‘It was possibly the best club team I ever played in,’ he says, having joined them for £8million from Real. ’Talent, spirit. Also the coach, Harry Redknapp, we would run through fire for him.

‘It was a joy to play. White Hart Lane, I can’t describe it in words. When I was there on the pitch, I felt like I was flying. This game with Ajax brings up special feelings.’

You can understand why Van der Vaart is so torn. Rarely is a half-and-half scarf justified but should he toss one of those £12 souvenirs round his neck tonight, he would be forgiven.