She’s been leading a quiet life in Auckland since ditching Australia for her native New Zealand.

But on Friday night, former Bachelor star Zilda Williams stepped out for a night on the town to attend the Lion King musical.

The 37-year-old turned heads in a low-cut black dress, which featured a plunging neckline to highlight her double E-cup cleavage.

Busting out! Former Bachelor star Zilda Williams stepped out for a night on the town to attend the Lion King musical in a very low-cut dress that showed off her cleavage

In a video posted to her Instagram stories, the blonde beauty joked that her assets were taking up the entire screen.

‘The Lion King! Oh my god, that’s just all boob,’ she laughed.

Zilda has changed her style since her days on reality TV, and now sports a chic bob cut instead of the blonde bombshell hair extensions she used to wear.

Besides changing her hair, she barely seems to have aged a day since her time on reality television.

These days, the former Bachelor star and Maxim model has left her hard-partying life in Sydney and the Gold Coast behind for a professional career in Auckland. 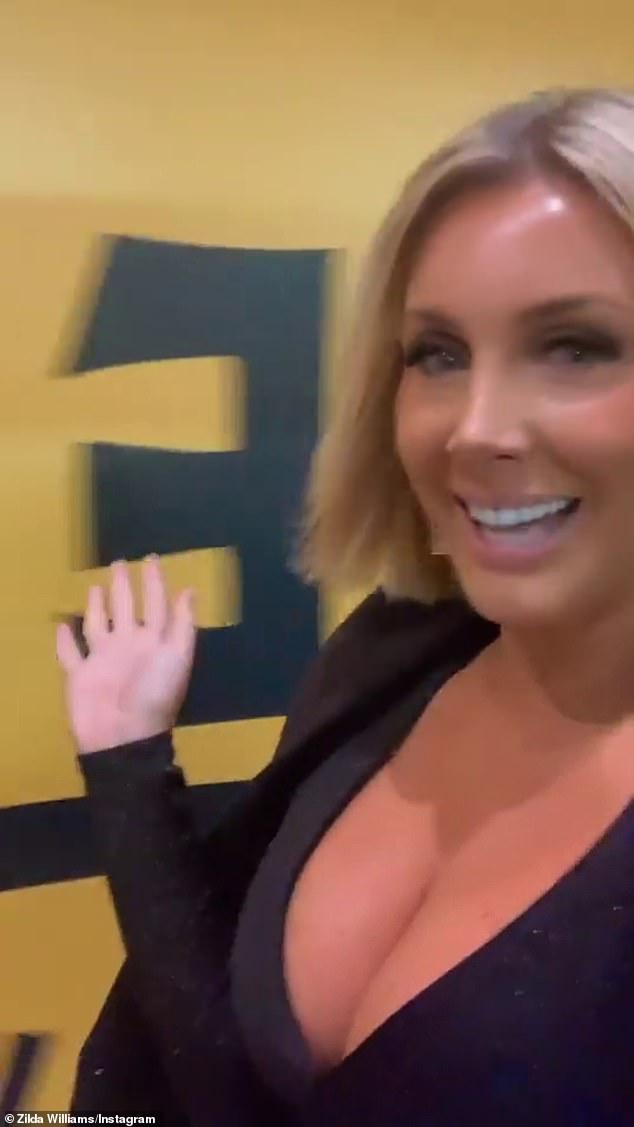 In a video posted to her Instagram stories, the blonde beauty joked that her assets were taking up the entire screen. ‘The Lion King! Oh my god, that’s just all boob,’ she laughed

The Kiwi stunner now works as an accounts manager for a major company.

She also stays fit by doing MMA training, and has even been spotted with New Zealand-based UFC champion Israel Adesanya on several occasions.

During her modelling days, Zilda graced the pages of FHM, Maxim, and Zoo, and appeared in commercials for brands like Lynx and Foxtel.

She was also famed for her FF-cup breast implants, which she later downsized after experiencing back pain and health issues. 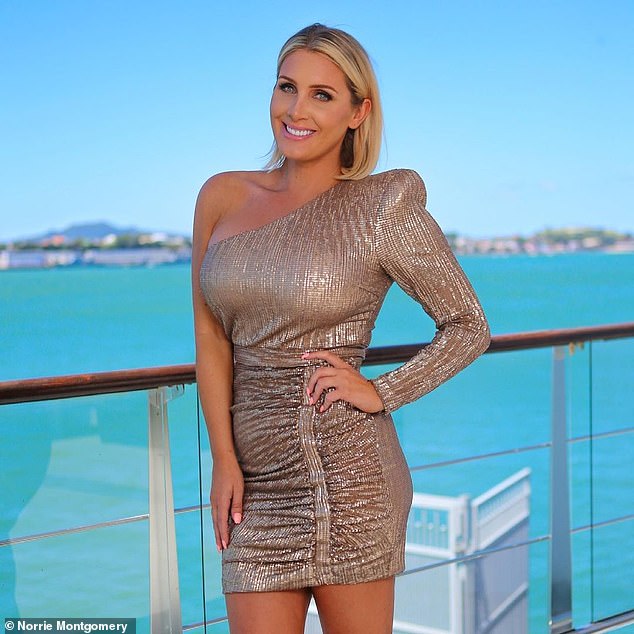 Stunning! The 37-year-old now has a chic bob cut instead of the blonde bombshell hair extensions she used to wear. Pictured in 2021

The erstwhile reality star took her chest down to a more modest DD, but they later ballooned back to a EE after she gained weight.

‘My back pain is unbearable and I can’t find many clothes that fit the rest of my body,’ she said in 2015, before her first breast reduction.

She also revealed that despite being a size 8, her huge bust forced her to buy size 12 clothes which she then had to have altered to fit her body.

In 2016, Zilda confessed to Daily Mail Australia that she’d suffered some ‘complications’ from her reduction surgery. 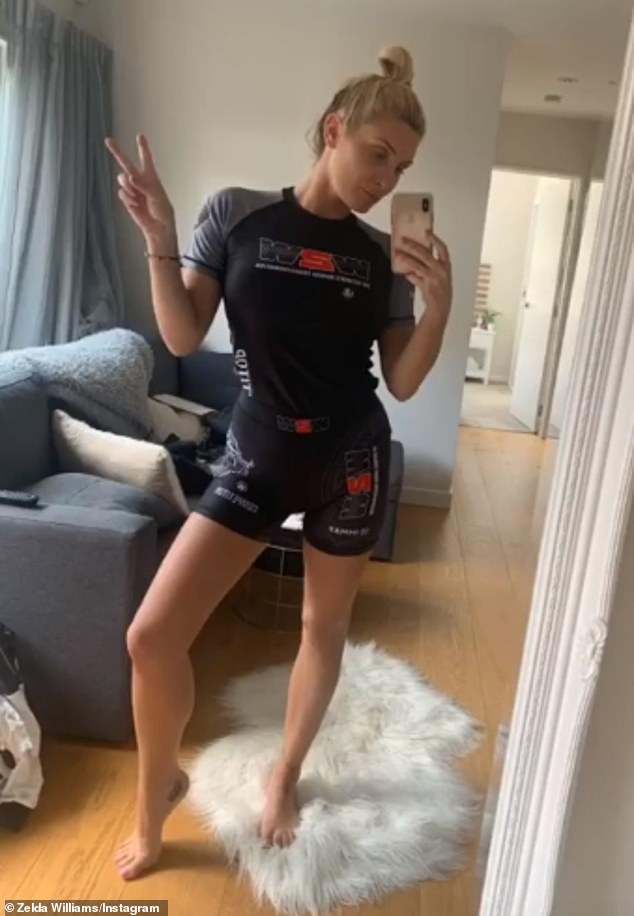 Working hard: Zilda’s fresh new look comes after she turned to MMA training to help her achieve her trim and toned figure 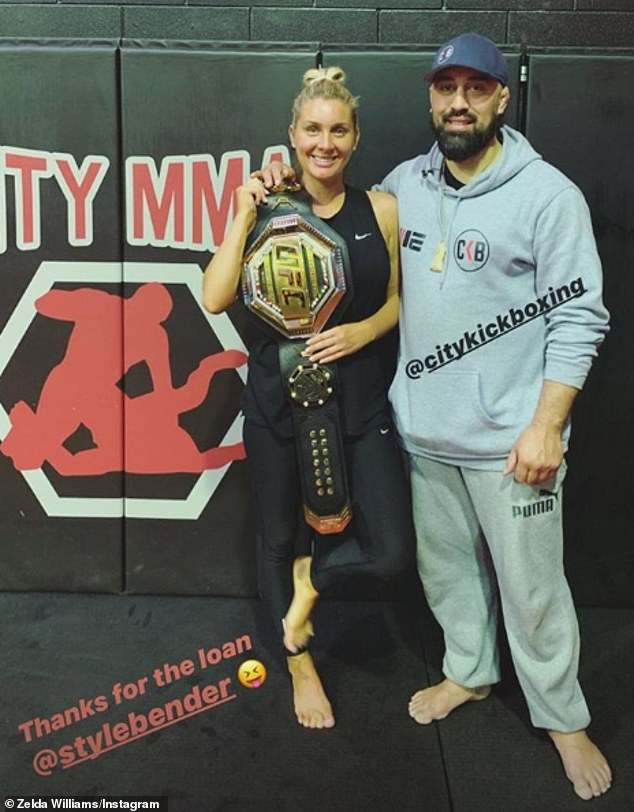 Champion in the making! The Kiwi-born beauty often trains in MMA gyms to stay fit

‘I actually had some complications that I didn’t even tell anyone about in the beginning,’ she said.

‘And I kept that to myself because it was a private battle so it’s been a really long road, but it’s all good now.’

Declining to specify what the exact problem was, Zilda simply said: ‘It’s something that’s very common but it was quite serious and it was a real battle.’ 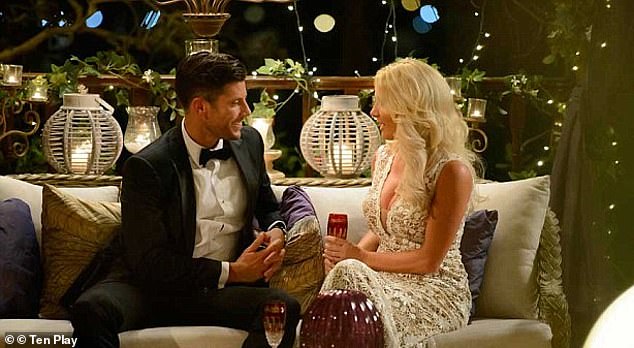 Claim to fame: Zilda was the first contestant to be sent home on Sam Wood’s season of The Bachelor (pictured). She went on to become a Daily Mail regular for almost three years