Former MOD policeman, 51, avoids jail after he was caught with a stolen SA80 assault rifle

Roger Smith, 61, was found with the SA80 assault rifle, worth hundreds of pounds, at his home

A former MoD policeman today avoided jail after he was caught with a stolen rifle which had been built out of ‘spare parts’ from a military collection.

Roger Smith, 51, was found with the SA80 assault rifle at his home.

He worked alongside former British Army reservist and co-defendant Peter Laidler, 72, who made the rifle out of parts from the Small Arms School Collection in Warminster, Wiltshire, where he worked as the armourer.

Laidler built the rifle for Smith out of ‘spare parts’ in 2009, and gave it to Smith without any official paperwork, Winchester Crown Court in Hampshire heard.

The court heard he told Smith, from Emsworth, Hants, that he (Laidler) was ‘in charge’ of the collection so had the authority to give Smith the firearm.

Laidler claimed his employers had told him to ‘dispose’ of the spare parts.

He admitted he had been using the rifle at the Longmoor Shooting Range with South Hants Rifle and Pistol Club for the past seven years.

Following a trial, Laidler was found guilty of stealing four firearms, while Smith was convicted of handling the stolen SA80.

Prosecuting, John Ryan said Smith should have known about the ‘dodgy dealings’ and not accepted the gun from Laidler.

He said: ‘As an MoD police officer he should have been aware of the lawful manner of obtaining a firearm.

‘Laidler presented him the gun and didn’t ask for any money and didn’t provide any official documentation. 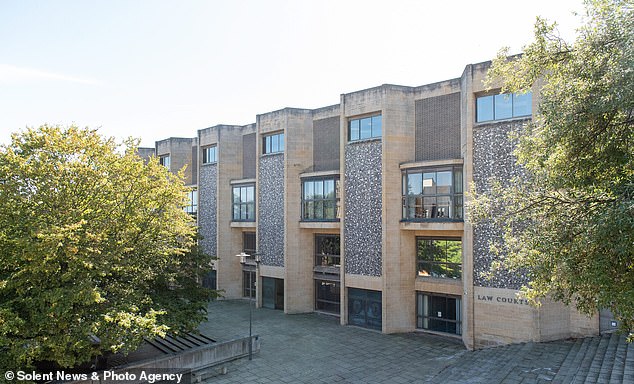 Laidler built the rifle for Smith out of ‘spare parts’ in 2009, and gave it to Smith without any official paperwork, Winchester Crown Court in Hampshire heard. The court is pictured above

‘This weapon has come into the public domain and would not otherwise have done so.

Mitogating, Laura Plant told the court the gun was ‘never’ going to fall into anyone else’s hands.

She said: ‘It is clear that Mr Smith obtained the firearm for his personal use.

‘For the prosecution to claim there was a possibility of this firearm falling into the hands of the public is simply nonsense.’

Addressing Smith, he said: ‘It is a great shame that someone who has served this country in the army and as an MoD police officer has ended up in this situation.

‘After years of service, arguably the biggest punishment will be the stain it leaves on your reputation.

‘You were unlawfully passed this firearm by Peter Laidler, who produced a ‘Frankenstein’s version’ of a rifle.

‘It was made of spare parts from the collection, which he claimed he had been instructed to dispose of. 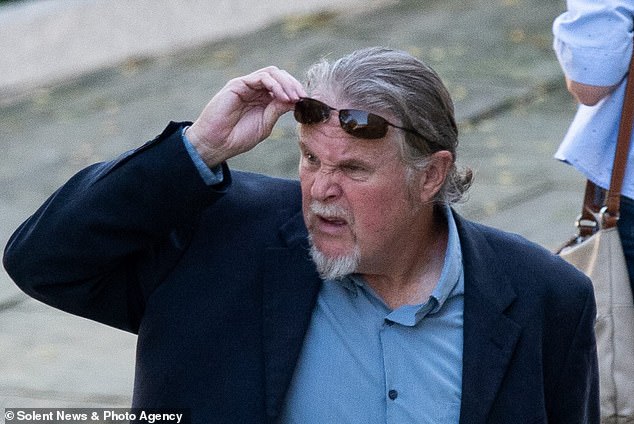 ‘You were a police officer that carried a rifle during the course of your duties.

‘As a police officer you should have noticed the suspicious actions of Mr Laidler, not paying any money for the weapon or providing any documentation alongside it.

‘Your career as a police officer aggravates your punishment.’

The court had heard that Laidler sold one of the stolen firearms, an L96 Accuracy International sniper rifle, for £10,000.

The others were a deactivated version of the same model, and live and deactivated SA80 rifles.

The Ministry of Defence Police said it had contacted 98 witnesses as part of an investigation which began in 2016. Laidler will be sentenced at a date yet to be set.