Formula One news: Valtteri Bottas crashes out of first practice at the Singapore Grand Prix

Valtteri Bottas crashed out of first practice for the Singapore Grand Prix.

Bottas, Lewis Hamilton’s closest challenger for this season’s championship, lost control of his Mercedes at Turn 19, slamming into the barriers.

Bottas was unscathed in the low-speed accident, but the Finn sustained serious damage to the front of his car.

The opening running at the Marina Bay circuit was suspended to retrieve Bottas’ machine.

Hamilton is 63 points clear of team-mate Bottas in the standings with seven rounds remaining.

But the Monegasque’s weekend got off to an underwhelming start as a gearbox issue restricted him to just a dozen laps. 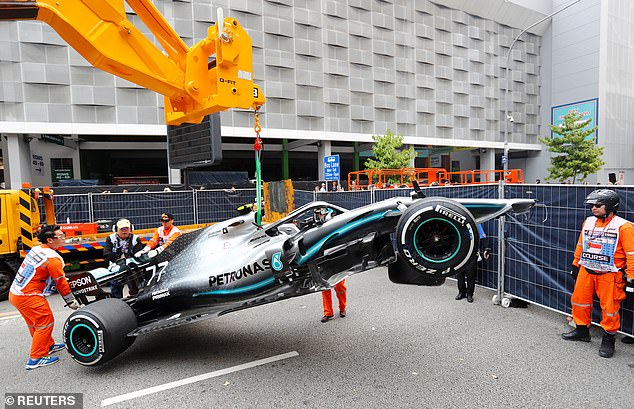