Four people have been killed in a devastating small plane crash in Iowa where the pilot suffered a heart attack and a student pilot frantically tried to emergency land the aircraft.

The plane took off from Le Mars in northwest Iowa at 4.15pm on Friday headed for Osceola, but suddenly dropped off the radar near Guthrie County, officials said Saturday.

Air traffic controllers in Des Moines received a call at 5pm on Friday requesting an emergency landing for a single-engine aircraft at Guthrie County airport. But the aircraft never made it to the landing strip.

Four people have been killed in a devastating small plane crash in Iowa. Crash victim 28-year-old Tyler Douvia, of Merrill, is pictured above 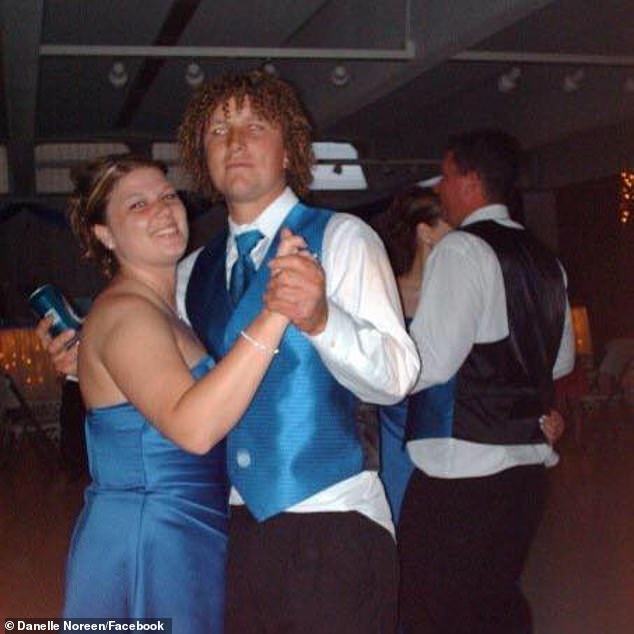 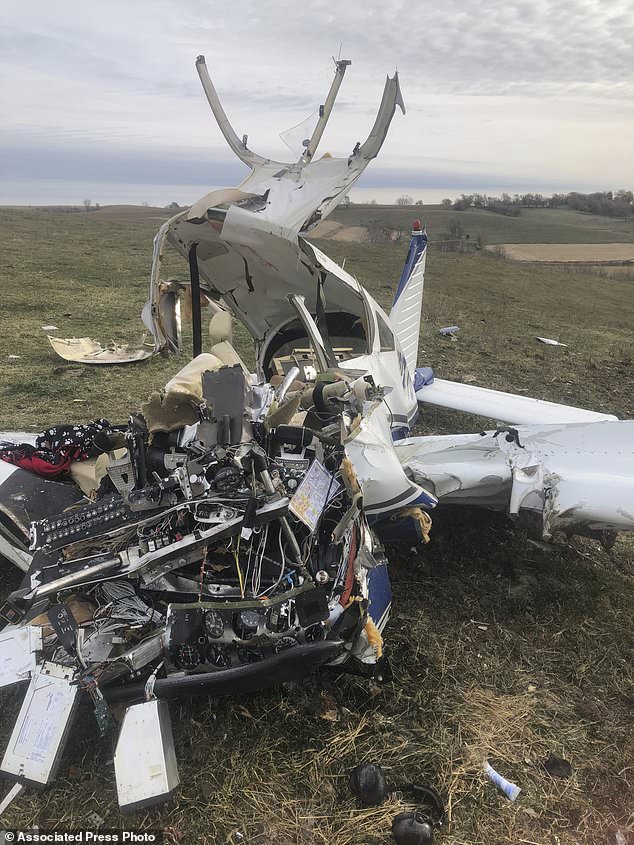 Four people have died in a devastating small plane crash on Friday in Guthrie County, Iowa. The wreckage of the single-engine plane pictured above 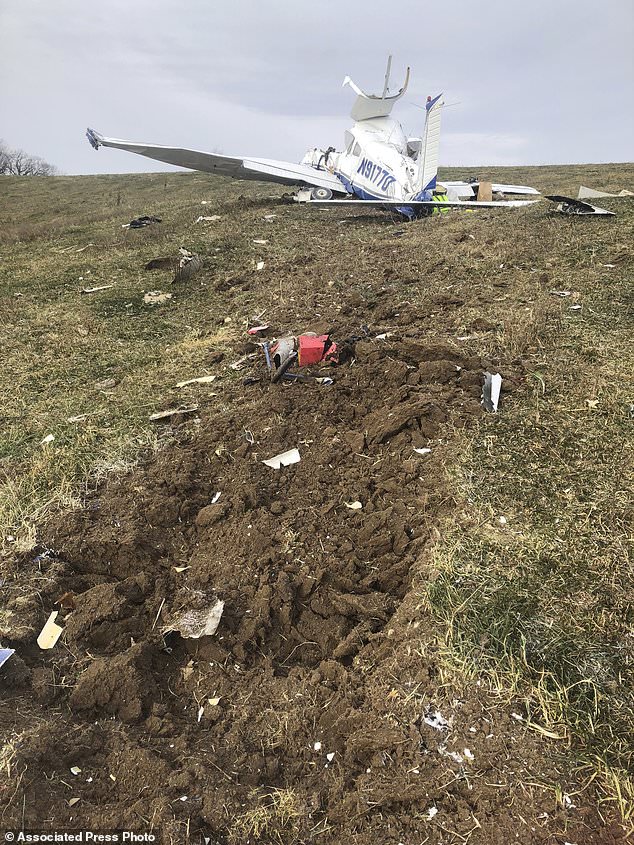 There were four people on board the craft headed to Osceola for a hunting trip. The craft suddenly crashed after pilot Edward Ralph Anderson, 49, suffered a heart attack in the cockpit and a student pilot attempted to emergency land the plane

Authorities said pilot Edward Ralph Anderson, 49, suffered a heart attack in the cockpit and a student pilot attempted to emergency land the plane.  In addition to the pilot and student pilot there were only two others on board.

The victims have been identified as 36-year-old Patrick Kellen, 15-year-old Samantha Clark, both of Le Mars, and 28-year-old Tyler Douvia, of Merrill. It’s not clear which was the student pilot.

A citizen reported seeing a small plane crash in a pasture in Guthrie County at 6.31am on Saturday, according to the Des Moines Register. 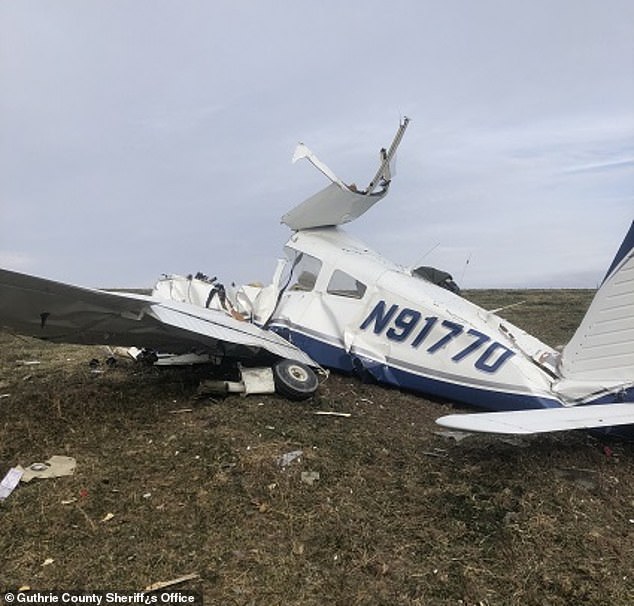 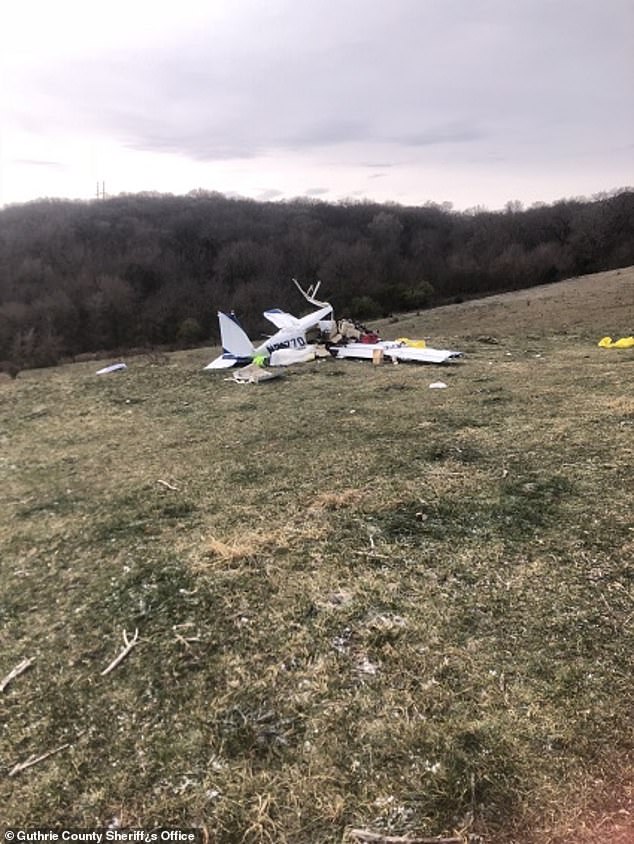 A Guthrie County resident called police at 6.30am on Saturday saying they saw a small plane crash in a cow pasture nearby

‘The plane impacted very hard and all occupants were deceased at the scene,’ Guthrie County Sheriff Marty Arganbright said in a press release.

Searchers found the wreckage in a cow pasture southwest of Guthrie Center, about 115 miles southwest of Le Mars where the plane had taken off.

Tom Mullally, who manages the Le Mars airport from which the plane took off, said the four were going on a hunting trip.

Their bodies were taken to the Iowa Medical Examiner’s Office for autopsy. The FAA will investigate the cause of the crash.