It was the moment when, as he reflected on helping Spurs reach the Champions League for the first time in their history, Harry Redknapp suddenly found himself soaked from head to toe — in front of a television audience of millions.

Redknapp tried to appear as though he had seen the funny side of David Bentley’s ill-judged decision to empty a huge bucket of water over the manager, but his expression told a different story — as did his autobiography, Always Managing. 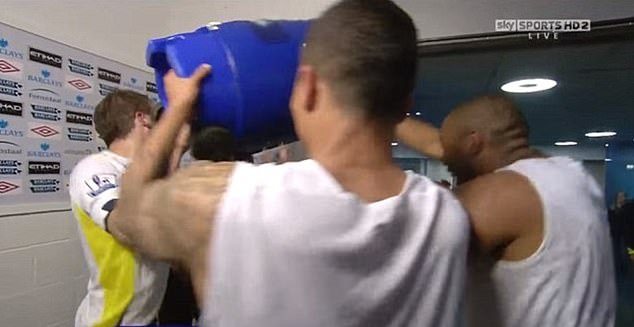 ‘On camera I had to laugh it off, but privately I was furious,’ he said. ‘I thought it was disrespectful, frankly, and totally out of keeping with our relationship.

‘I was talking, proudly, about the quality of my backroom staff — Joe Jordan, Kevin Bond and the rest — when Bentley invaded the screen with a crowd of jeering players and dumped a full, large container of water over me.

‘I thought Bentley and the other players — all the ones who couldn’t get in the team, incidentally — took a liberty. It didn’t just make me look bad, it made the club look bad, too. It undermined us when we had just taken a giant step to join the elite.’

Redknapp was right to be so annoyed. In little more than 18 months in charge, he had taken Tottenham from the bottom of the Premier League and made them the fourth best team in the country. And he used many of the players who had been floundering under the hapless Juande Ramos when he took control in October 2008. 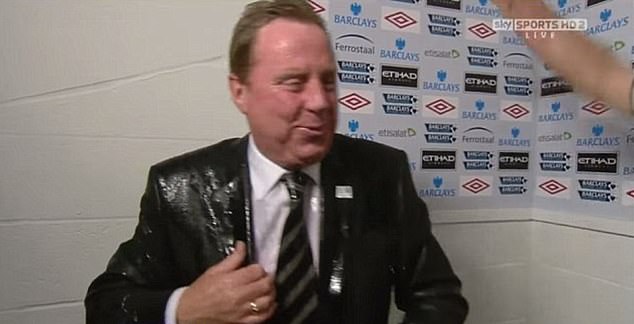 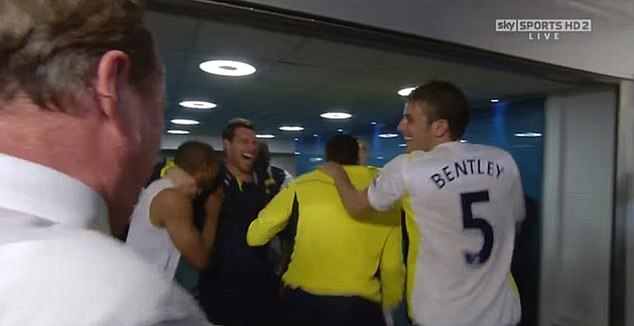 PETER CROUCH ON HIS GOAL

I can remember the events of that evening like they were yesterday and I can’t believe it was 10 years ago.

We went to the Etihad Stadium full of confidence and it didn’t feel like a ‘normal’ game. If I’m being honest, it felt more like a cup final, as it was winner-takes-all for a top-four finish.

We played so well and there was nothing lucky about the victory. We had to wait for our moment to score but when it arrived, the feeling was sensational.

I was only four yards out and there was no way I could miss but the emotion was incredible.

If I think about it now, I can see the reaction of our fans. It looked like carnage, I’ve never seen an away end go so mad to celebrate a goal.

The celebrations were just as mad in the dressing room and the other thing I always recall is David Bentley throwing a bucket of water over Harry Redknapp while he was doing an interview. Harry was furious about it!

It set us on the way for an adventure the following season when we took Inter Milan apart at White Hart Lane and beat AC Milan in the San Siro. I scored the winner then, too. It was only possible, though, thanks to that four-yard header in Manchester.

Now they had claimed the win that secured Champions League football, with a game to spare. It was Redknapp’s moment and he deserved to enjoy it without his fringe players behaving like a non-League side who had just caused a shock in the first round of the FA Cup.

This was an astonishing achievement, for which Redknapp still does not receive enough credit. During the turnaround, he quickly worked out that Luka Modric could — contrary to some prominent managers’ opinions — handle the physical challenge of playing central midfield in English football.

He revived Gareth Bale, helped Aaron Lennon improve so much that he started England’s opening game of the 2010 World Cup, restored goalkeeper Heurelho Gomes’ confidence and coaxed high-level performances from Benoit Assou-Ekotto — an unremarkable left back before and after Redknapp’s tenure.

Even Roman Pavlyuchenko, never a reliable performer in England, chipped in with five goals in three mid-season matches to drive Spurs towards their target.

These were still early days in the Abu Dhabi United Group’s campaign to turn Manchester City into a global superpower and yet they were flexing their financial muscle.

With Roberto Mancini as manager, they had Vincent Kompany, Yaya Toure, Carlos Tevez and Emmanuel Adebayor in the starting XI for this one and had spent £220million on transfers in less than two years since the takeover. 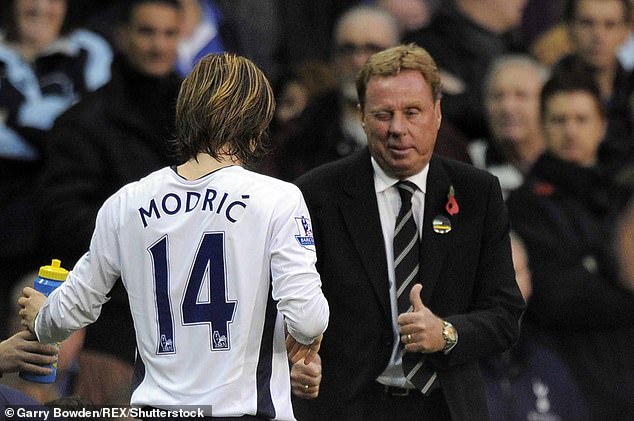 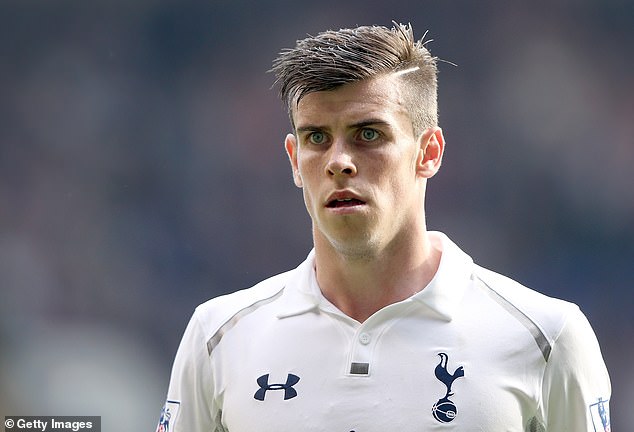 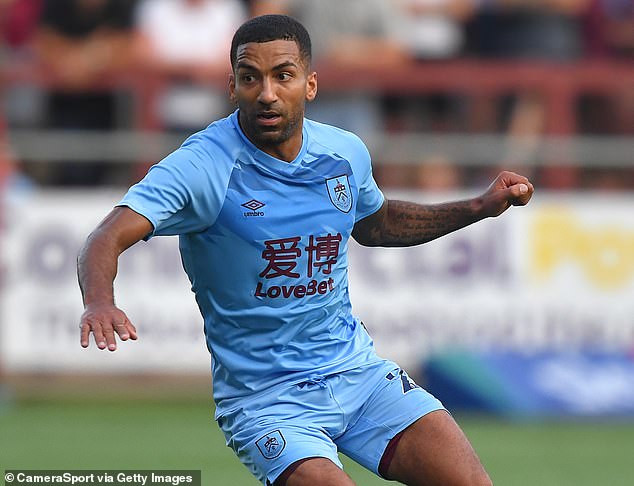 The build-up to the match was feisty, too. Redknapp claimed that when he was trying to sign Craig Bellamy and Wilson Palacios in January 2009, City had threatened to outbid Spurs for Palacios if they would not step out of the race for Bellamy. City denied doing anything of the sort and consulted lawyers.

City’s short-term deal for Marton Fulop, to solve a goalkeeping injury crisis, in the days before the game also raised eyebrows in north London.

Once the match started, though, these were mere details. Spurs showed the verve and confidence that had characterised their play all season and slowly began to crank up the pressure on their hosts. It paid off eight minutes from full time when Younes Kaboul, in his second spell at the club, charged into the box and drove the ball across goal.

Fulop could only palm it into the air and Crouch reacted quickest to head home in front of the travelling fans. Here, too, Redknapp had struck gold — the original plan had been to start Pavlyuchenko and Jermain Defoe in attack, but at the last minute Redknapp opted for Crouch, a player he had always trusted.

The landscape changed in the decade that followed. Although Spurs had moments of joy under Redknapp and Mauricio Pochettino, they never won a major trophy. City’s billions helped deliver 11. Indeed, in this fixture a year later, Crouch scored an own-goal, City won 1-0 and it was they — not Spurs — who reached the Champions League.

But Tottenham are a different club today and this game was a key point in their rise. Whatever happens next, Crouch’s goal, Redknapp’s triumph and, yes, Bentley’s bucket will all have a permanent place in their history.