Mats Wilander knows a thing or two about the Australian Open having lifted the Norman Brookes Challenge Cup trophy three times during his illustrious career.

Now he is out in Melbourne working as a television pundit for Eurosport and has some big predictions on the form of Nick Kyrgios, how Roger Federer can be the Benjamin Button of tennis and why the time is now for Serena Williams to make history.

With that in mind, Sportsmail caught up with Wilander to get his take on what fans can expect for the first Grand Slam of the 2020 season. 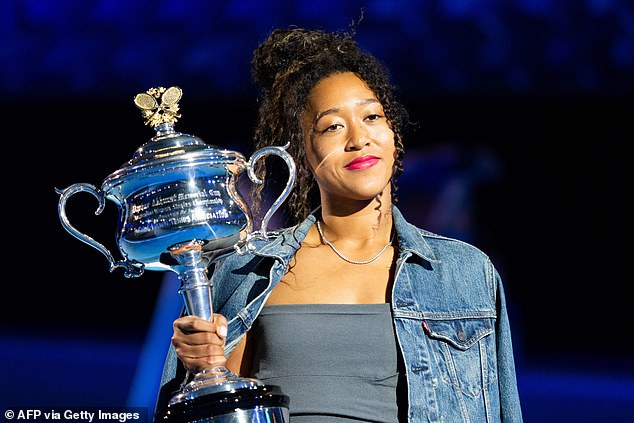 Having lost her last four Grand Slam finals – two at Wimbledon and two at the US Open – since she won her 23rd Major, there have been plenty pointing to a mental road block stopping the American from matching Margaret Court’s record of 24.

But for Wilander, a fresh Serena, even at 38, will finally get over the line at Melbourne Park.

‘It goes back to as a player do you feel the pressure of the rest of the sporting world to win?’ Wilander sais. ‘I think Australia puts you, not only because it is on the other side of the planet but time changes and geography of when it is played, players somehow feel less pressure from the rest of the world.

‘She lost a couple of major finals but I think this is the one. I think she has a better chance winning Australia than any of the other slams this season because the surface is faster which favours her with her big serve. 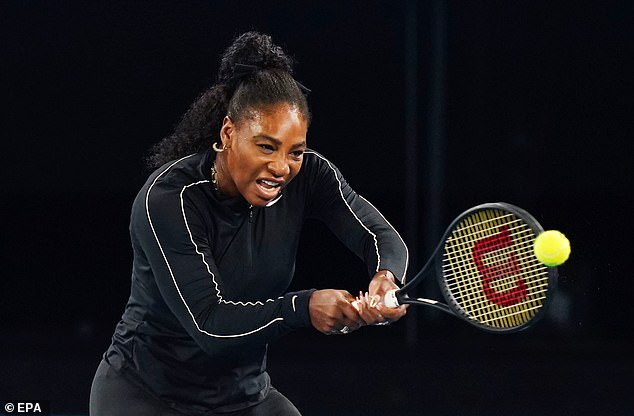 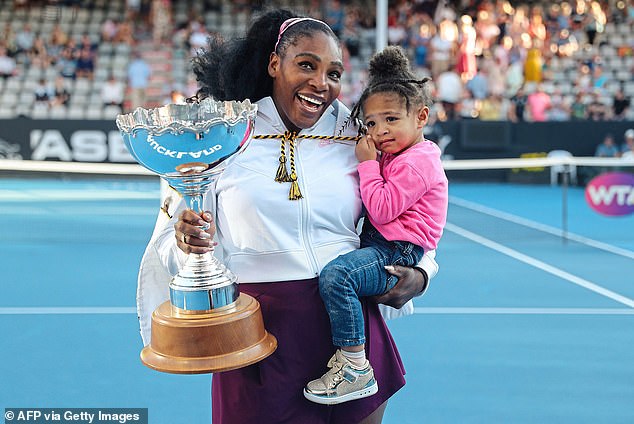 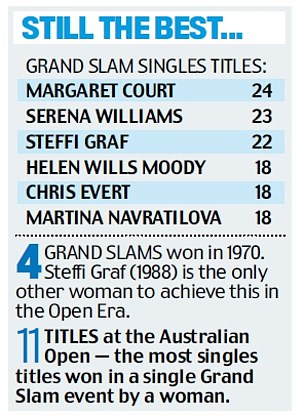 ‘I think it is an added incentive for her to be in the country where the not-always-so-popular Margaret Court resides because of the comments she made in recent years.

‘That is an added incentive not just to Serena herself but also to a lot of people. They feel like she wins the 24 so we can officially name her the Greatest Tennis Player of all time.

‘As long as she doesn’t have the same number as Margaret Court you cannot name her the best of all time.’

Her defeat at Flushing Meadows to an up-and-coming Bianca Andreescu, who will miss the Australian Open through injury, exposed the 38-year-old’s limited movement when against the best of the next generation.

But with a faster court and away from the pressure of a partisan home crowd in New York, she can, in the eyes of Wilander, finally get it done and get over the mental block which has stopped her since her last major in 2017.

‘I think because people are there to hopefully watch history in the making,’ he added. ‘I think people are rooting for her more so these days than in the past. Not being in America, I think, helps her tremendously. 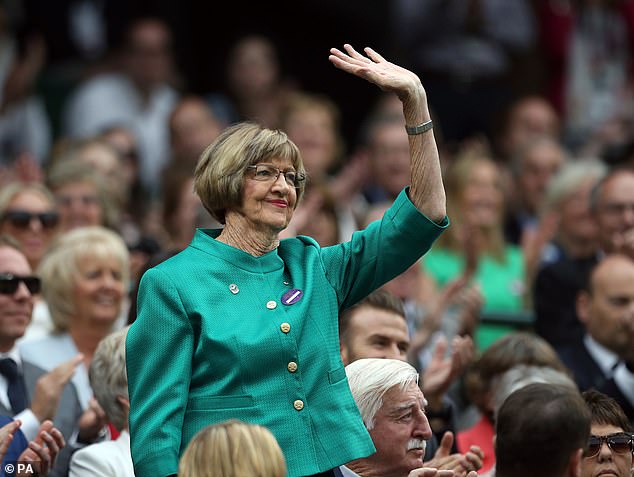 With Margaret Court watching on, the American will be eager to go and equal her slam record

‘I think her performances in the last three finals she played were not great but this could be a situation where that might not matter so much because it is far away and a time of year when people are not really talking about tennis.’

Having won her first title since giving birth to daughter Alexis Olympia last week in Auckland, the relief that washed over told its own story.

With that trophy in her grasp and the freshness that comes with the start of a new season, starting a new decade in Australia could be the moment Serena rewrites tennis history.

AGE IS JUST A NUMBER FOR FEDERER

Few human beings seem to have aged so effortlessly as Federer has and even at 38, stranger things have happened than the 20-time Grand Slam champion adding another to his esteemed collection.

Novak Djokovic and Rafa Nadal – the two finalists in 2019 – will go in as favourites but for Wilander, do not be surprised if Federer produces a performance to shock even his biggest supporters this month. 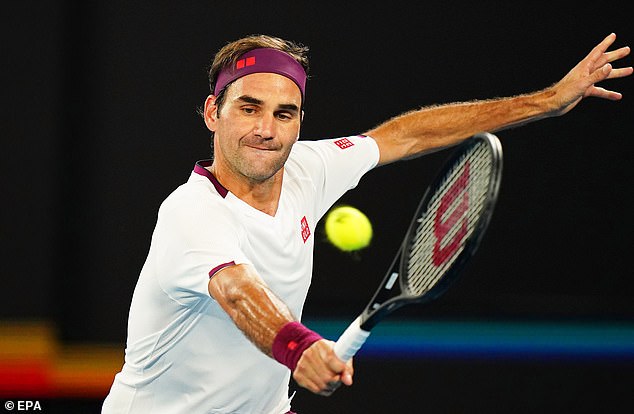 ‘I think Australia lends itself to a breakout performance from somebody unexpected and I wouldn’t be surprised if Federer at 38, bordering on 39, could have a run and maybe win it.

‘I think it is a breakout situation for someone unexpected.’

Federer made the conscious decision to skip the inaugural ATP Cup earlier this month and so he will be the freshest of the Big Three.

Having seen Djokovic win a record seventh slam title in Melbourne a year ago and finding himself on six, Federer will not be short on motivation to try and get one over his long-time Swiss rival. 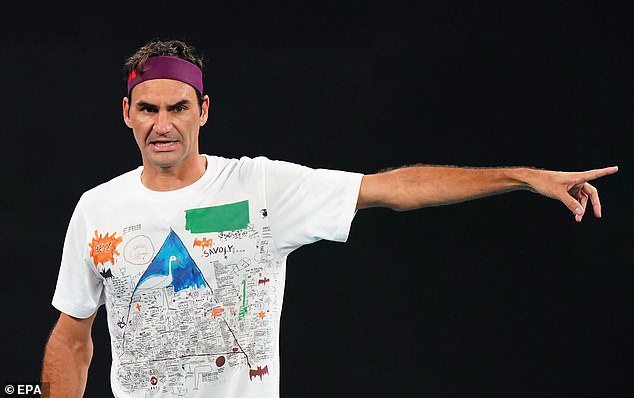 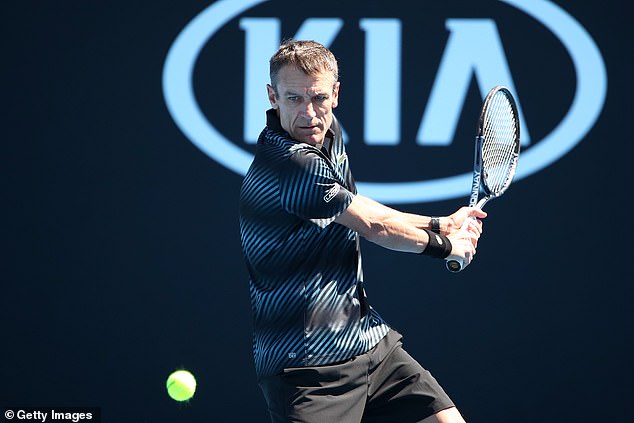 ‘MASSIVE DANGER’ SHAPOVALOV CAN CAUSE UPSET

It is the most unpredictable slam given their is limited form to base it on but with the conditions as they are, a Canadian starlet is the one Wilander is particularly excited to watch most.

‘I think someone like Denis Shapovalov on a fast court and being left-handed is a massive, massive danger to everybody,,’ he said.

‘Obviously Nick Kyrgios on the fast court and being in Australia is a massive danger, so it could be a breakout performance from the two of them. 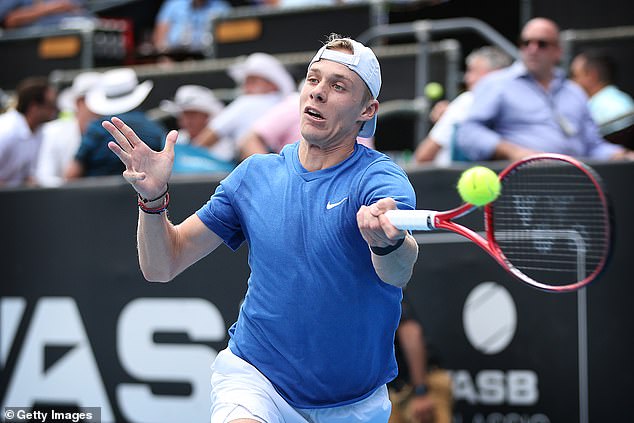 ‘Then someone like (Stefanos) Tsitsipas probably for the first time put in a category of very close in being the favourite to, well, it is Novak and Rafa ahead of everybody.

‘But then I think it is Federer, Medvedev, Tsitsipas in the next group then after that is Thiem, Shapovalov and Auger-Aliassime.

‘Even though Novak seems to be dominating and winning every year, going into the tournament I thin k it is m ore open in tyerms of being favourites to win. It is the one I go to as a journalist with the least pre-determined situations.

‘At Wimbledon, I think it is pretty obvious who is going to go through and who will get to quarters and semis based on what has happened in the season. But Australia, I have no idea.

‘Novak and Rafa have played ATP Cup so they are playing and are prepared. Yes, they are the favourites but the surface doesn’t favour Nadal. It is the one I am hoping I see a new star emerge.’ 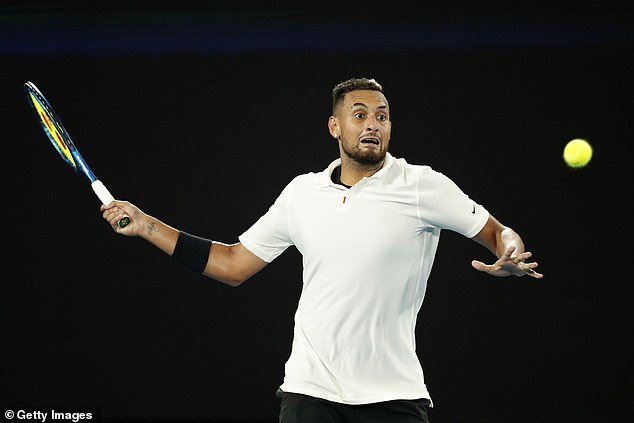 Watch all matches, all courts of the Australian Open live on Eurosport and Eurosport Player.