A man in China has been detained after pouring a huge bowl of boiling soup over his wife’s male friend at a restaurant during an argument.

The culprit was said to be angry at the fact that his partner and the victim were eating out late at night. He had not dined with them.

He rushed to the restaurant to confront the pair before launching the assault, which left the victim with burns all over his body. 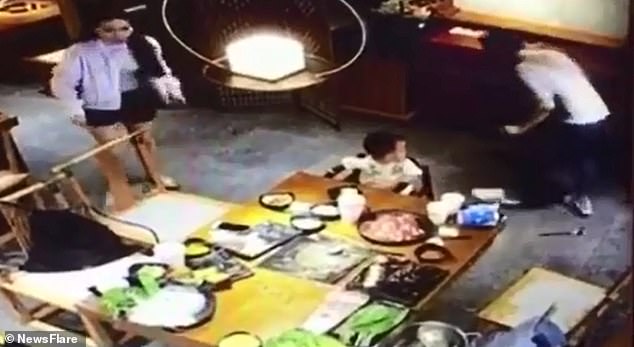 According to the report, the attacker’s wife, Zhao, was having dinner with the victim, Chang, at a hot pot restaurant on June 24. The two were former classmates.

They were accompanied by Zhao’s young child and a female friend of hers.

It is claimed that Zhao, a nurse, had given Chang’s ill father home treatment as a favour that night, therefore Chang invited her out for dinner afterwards to thank her.

At nearly 10pm, Zhao’s husband entered the restaurant to question the pair.

He reportedly challenged Chang: ‘Your father is sick. Why are you still having dinner here?’ 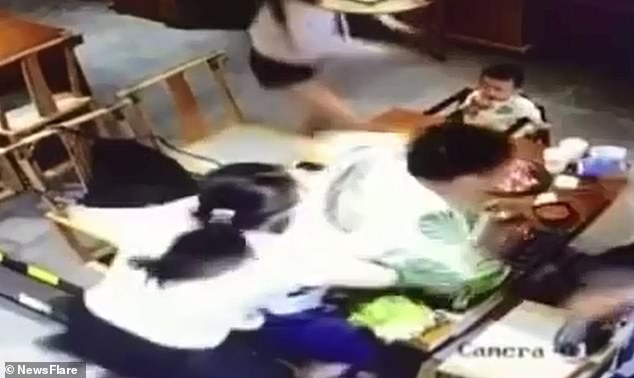 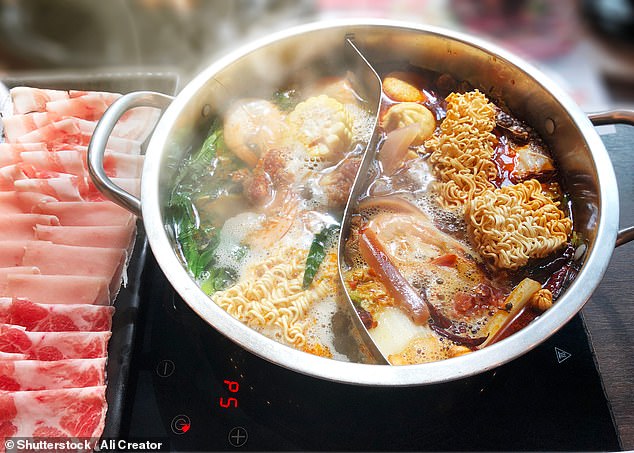 Surveillance footage shows Zhao’s husband reaching out to a pot of boiling broth on the table and threw it at Chang who was sitting opposite to Zhao.

He then hit the victim with the metal container.

The attack was carried out in front of Zhao’s child who was sitting on a high chair.

Chang immediately stood up, apparently in great agony, and rushed towards the bathroom.

Chang, 29, reportedly sustained burns all over his body and three-degree burns on his left shoulder.

He had been hospitalised for nearly a month and his family were having difficulties contacting the suspect’s family to settle the aftermath, reported Henan Television Station.

The victim told the station the attacker had known that he and Zhao would go out that night. He said the incident occurred ‘very sudden’, but did not explain what might have caused the conflict.

A relative of the suspect’s told the station they would cover Chang’s medical bills.

However, she claimed that the suspect had not been informed of his wife’s dinner plan and was infuriated when he found her late at night.

The suspect has been detained by Luoyang police and investigation is underway, according to the report.