Herman Bell, 70, (pic in an October 10, 2017 mug shot) was released from Shawangunk prison in Ulster County as planned at 5pm on Friday despite a last-ditch attempt by a police union to block his release

A former Black Liberation Army radical who shot dead two New York City police officers nearly a half century ago has been let out of prison amid an uproar over his parole.

Herman Bell, 70, was released from Shawangunk prison in Ulster County as planned at 5pm on Friday despite a last-ditch attempt by a police union to block his release.

The Patrolmen’s Benevolent Association (PBA) requested a temporary restraining order to keep the double-murderer behind bars but this was denied by an Albany judge on Wednesday.

Bell will now be supervised for life in Brooklyn unless the PBA wins a new claim to return him to prison. This will be heard by a full panel of appellate judges next week.

‘The parole board has lost their goddamn humanity to think that a murderer should walk their streets,’ PBA President Pat Lynch fumed at a news conference ahead of Bell’s release, according to NBC.

Bell and two other members of the Black Liberation Army, a violent offshoot of the Black Panther movement, shot officers Waverly Jones and Joseph Piagentini in 1971, after luring them to a Harlem housing development with a bogus 911 call.

Piagentini was shot 22 times while Jones was shot once and died instantly. 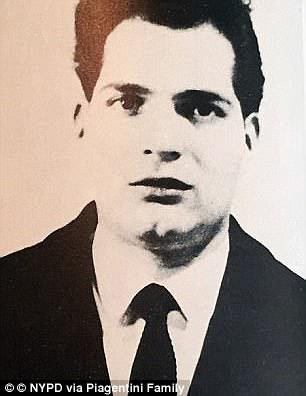 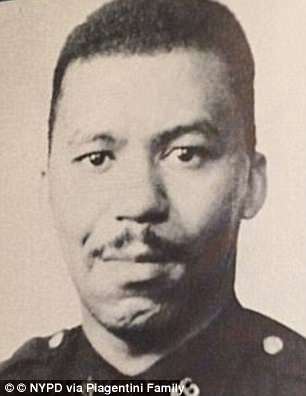 Patrolmen Joseph Piagentini and Waverly Jones were friends as well as fellow officers. Both were killed by Herman Bell and his gang, who said of killing a black officer: ‘A pig is a pig’

Officer Piagentini’s widow, Diane, called on New York governor Andrew Cuomo to appoint new parole board members to rehear Bell’s case, saying she had ‘no words to describe the outrage and disappointment’ in the Democrat.

‘Shame on you,’ wrote Diane, of Long Island. ‘You should have put politics aside and done the right thing. You should have given us a new parole hearing.

Bell and the two accomplices were convicted of murder. They were sentenced in 1979 to 25 years to life in prison. 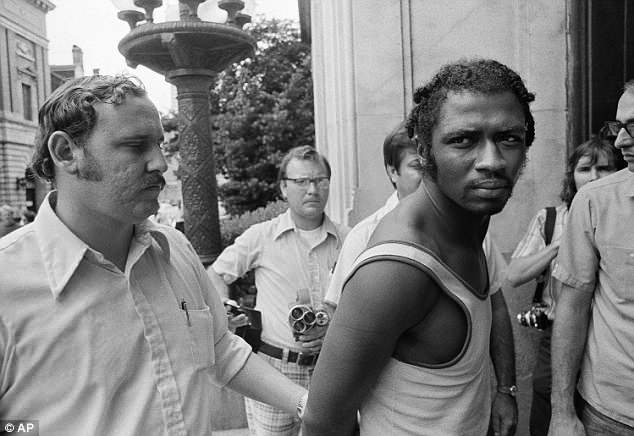 Bell pictured on September 1, 1973 being let past members of the media after his capture in New Orleans

Bell, who had spent 40 years in prison, was granted parole last month after his eighth parole hearing, during which he stated he had ‘deep remorse’ for the killings.

He was initially scheduled for release April 17, but a state judge in Albany delayed it after the PBA filed a lawsuit on behalf of Piagentini’s widow, who claimed the parole board had not followed proper protocols.

The judge later ruled in Bell’s favor. The PBA appealed that decision, but the appellate judge also ruled the parole board had followed protocols and set Friday for Bell’s release. 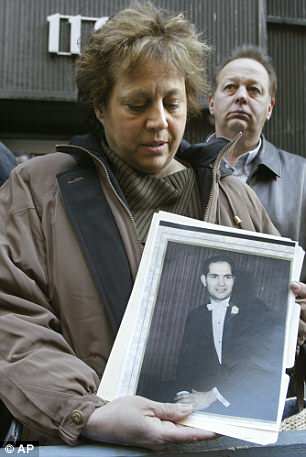 Diane Piagentini, widow of slain police officer Joseph Piagentini, holds a photo of her husband from their wedding day in 1966. She is pictured on January 9, 2004

Speaking at the PBA’s Manhattan headquarters, president Pat Lynch said they would continue their legal challenges and called on Governor Andrew Cuomo to fix the ‘broken’ state parole board system.

‘The current parole process contains gigantic loopholes that allow murderous monsters like Herman Bell to game the system by concocting a phony story tailor-made for the new parole guidelines, which don’t place enough weight on the nature of the crime,’ Lynch said.

The PBA also cited an article by the Jewish Voice newspaper that claimed ‘members of the Anarchist Black Cross movement, the Antifa movement, Hamas, Islamic Jihad, and the Palestinian Solidarity Movement’ had spoken to Bell in prison.

The association also accused Bell of writing now removed posts in support of ‘violent attacks against Israel’ that have now been removed.

Officer Jones’ children, Wanda and Waverly Jones Jr., have said in the past that Bell should be released.

Wanda was a year old and her brother was an infant when their father was killed. 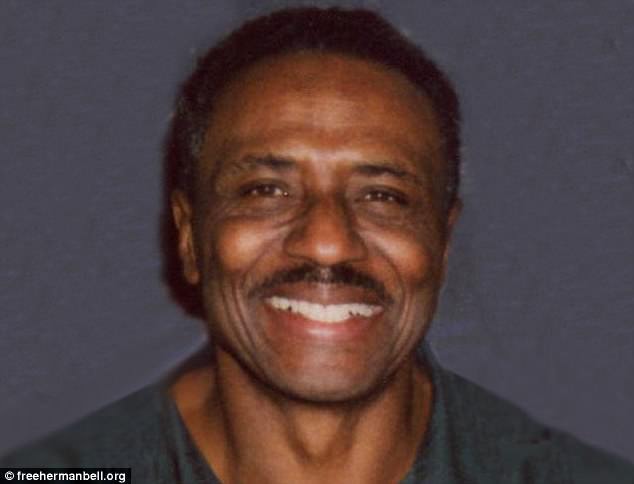 One of the most recent pictures of Bell, who has been accused of being in contact with radical groups in prison 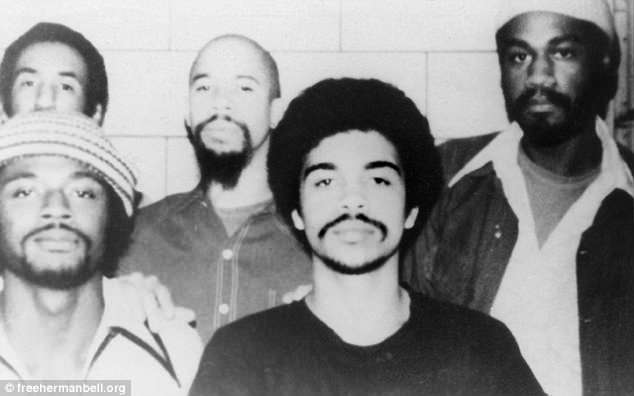 Herman Bell (front, left) pictured during his double murder trial in New York for the killings of the officers

Cuomo said last month that he disagrees strongly with the parole board’s decision and freeing Bell sends the wrong signal.

NYS Senator Marty Golden, a former New York City Police Officer said: ‘Governor Cuomo and the people that are implementing his policies have pointed a loaded gun at the head of public safety, and it is only a matter of time before a known killer again pulls the trigger. Who is going to be the next victim?’

In his petition for release, Bell said he had earned master’s degree in sociology, learned to play the flute and mentored young inmates to avoid violence.

One of Bell’s co-defendants has since died in prison while the other, Anthony Bottom, is serving 25 years to life at maximum-security Sullivan Correctional Facility in Sullivan County.

Bottom, 66, is due for a parole hearing in June. 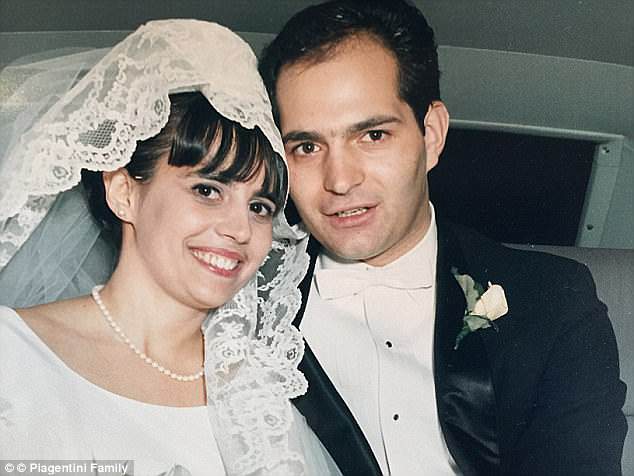 Joseph and Diane Piagentini on their wedding day. Five years later, he was murdered by the Black Panthers while on patrol in the Bronx 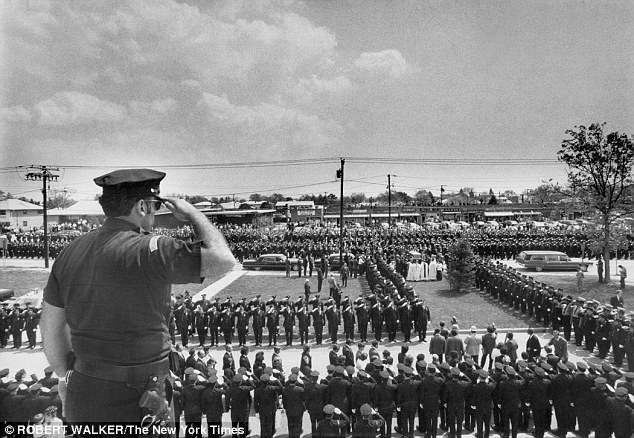 Police salute Officer Joseph Piagentini’s coffin makes its way towards church for his funeral on May 26, 1971