They began dating in 2009 and went on to marry five years later.

And Gabrielle Union and Dwyane Wade appeared to still be completely besotted with one another as they put on a cosy display on Friday.

The couple posed for playful selfies while Gabrielle slung her arms around her husband’s neck in a show of affection, as they sunned themselves on a beach in the South of France. 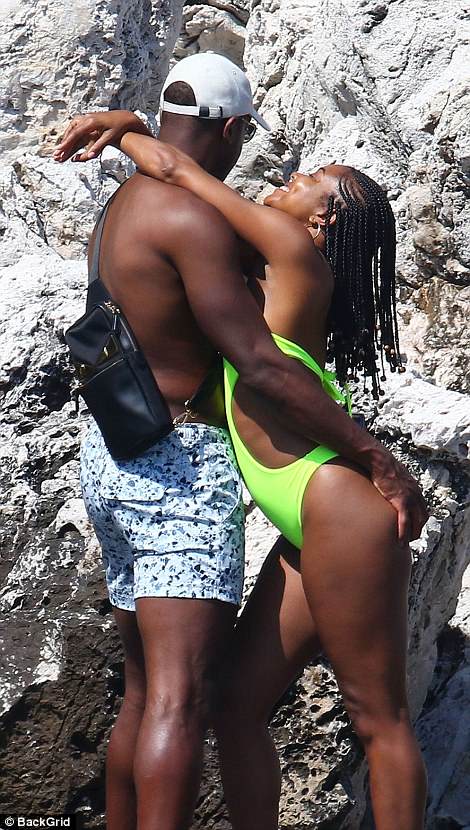 Still got it: Gabrielle Union put on a flirty display as she cuddled up to her husband Dwyane Wade during a beach day in the South of France on Friday

Gabrielle made sure all eyes were on her as she donned a neon cut-out swimsuit as she pranced around the cliff side with her beau.

The couple seemed to be enjoying each others company as they fooled around taking pictures in the sunshine, flaunting their enviable physiques.

The stunning actress wore her dark tresses in cornrows which made the most of her pretty features, which glowed as Gabrielle went without a scrap of make-up. 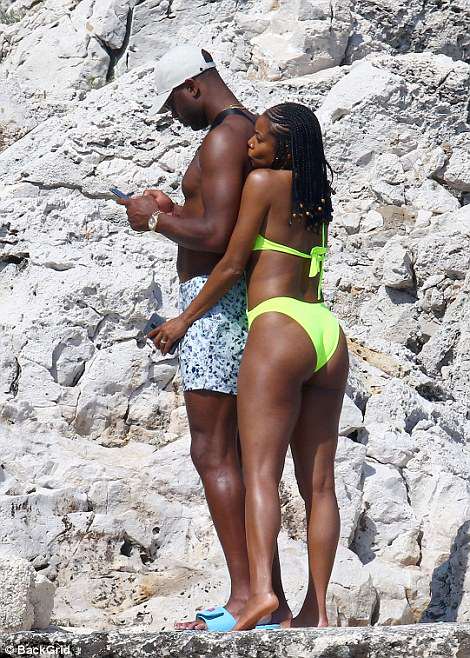 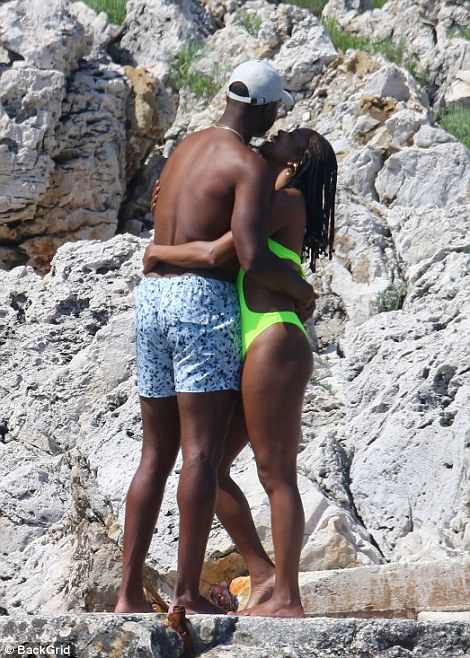 Loved-up: Gabrielle and Dwyane appeared to still be completely besotted with one another as they put on a cosy display on Friday

Her husband opted for a pair of baby blue swimming trunks, which featured a speckled pattern, teamed with a pair of co-coordinating sliders.

He shielded his eyes from the rays with a cream coloured cap while documenting their day at the beach with a series of snaps.

Dwyane put on a cheeky display during the photo opportunity as he grabbed hold of his wife’s ample derriere which was on full display in her daring swimming costume. 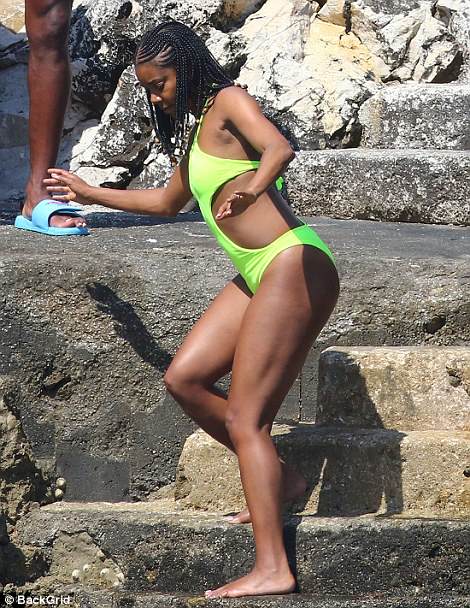 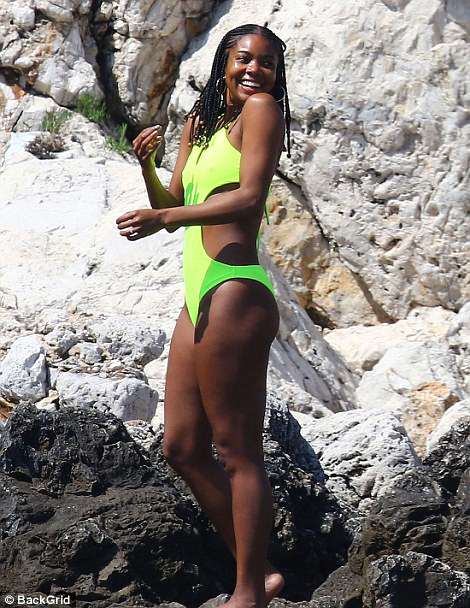 Steady as she goes: The Being Mary Jane star made sure to steady herself as she stepped down the stone steps onto the beach 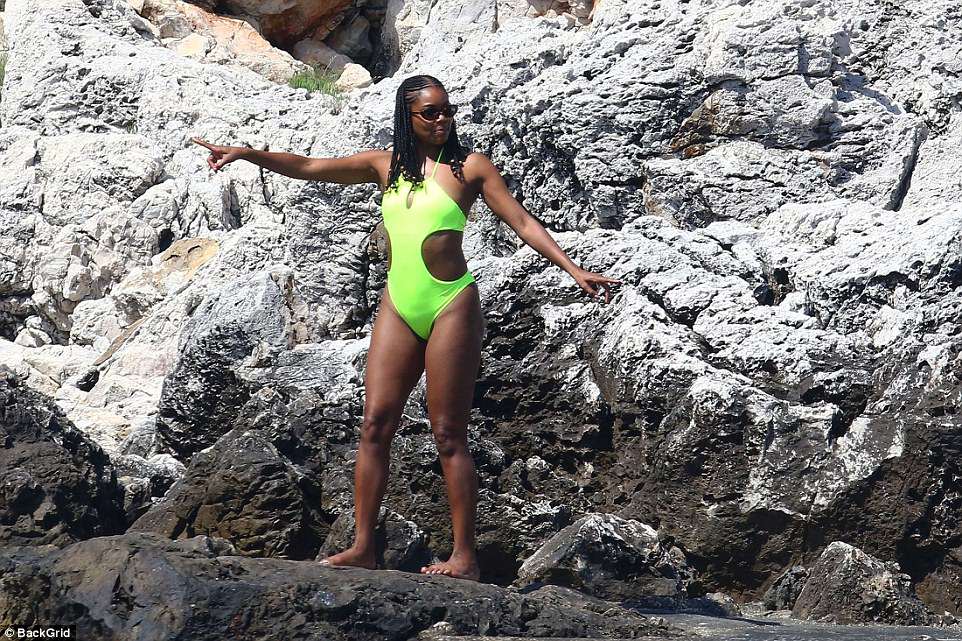 Over there! Gabrielle appeared to be pointing into the distance as she chatted to someone, presumably her husband

Since 2013, Gabrielle has been staring as the title character on the BET drama Being Mary Jane, which will broadcast its two-hour series finale this year.

Union and Wade began dating in 2009, and officially tied the knot in August of 2014, spending their honeymoon in the Maldives and Tanzania.

All about me: The actress worked her angles as she took pictures of her herself in a sexy cut-out swimsuit 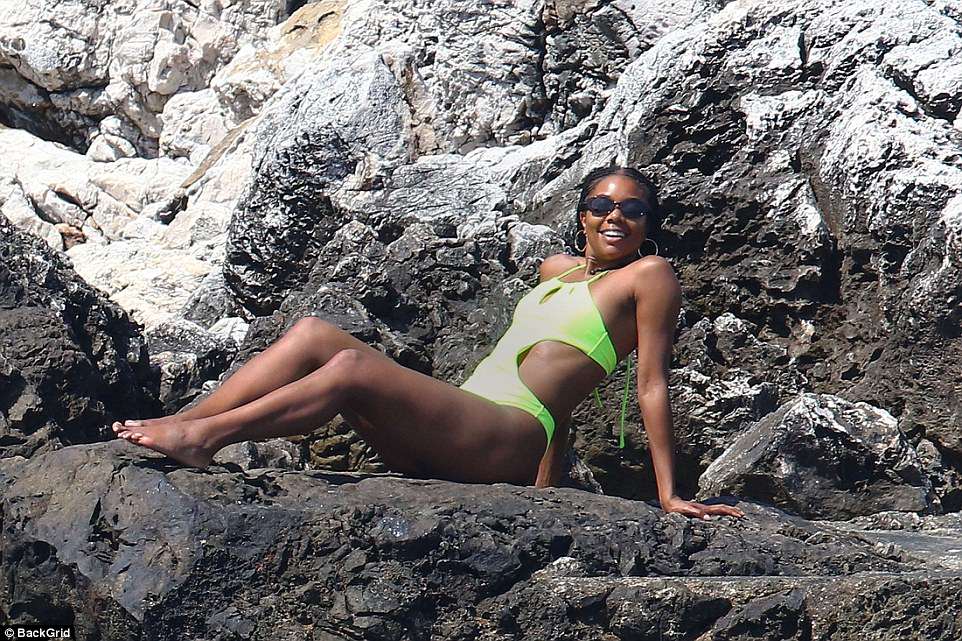 Candid: The 45-year-old relaxed on a rock and took time to recuperate  after an energetic photo shoot which saw her jump and pose 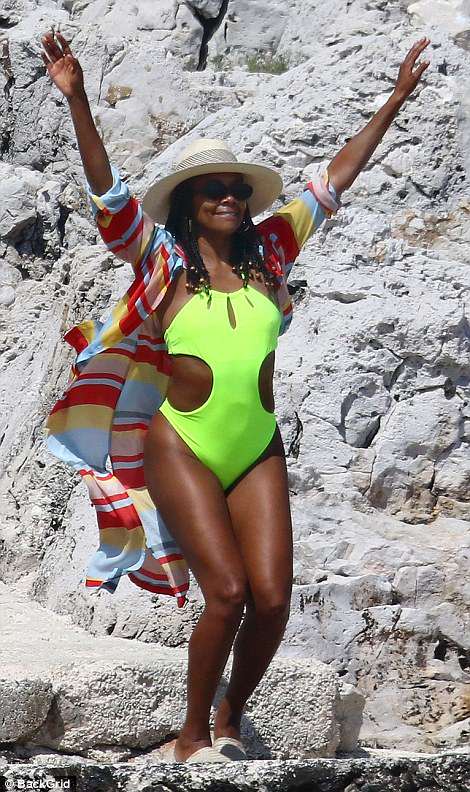 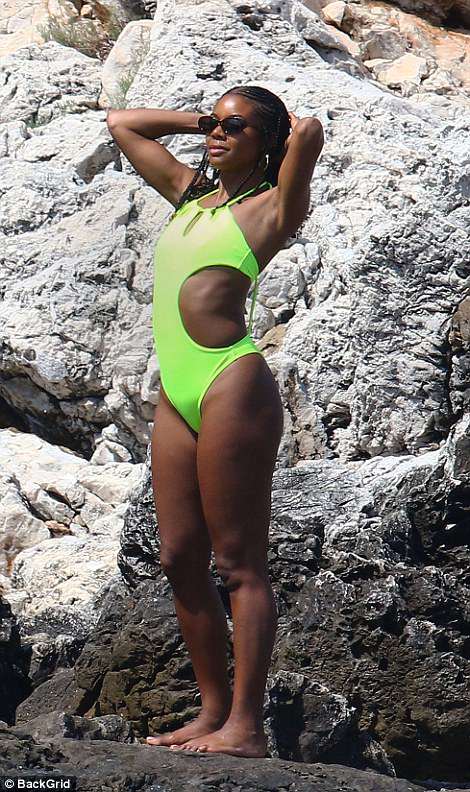 Hello it’s me! Gabrielle waved her arms in the air as if she was trying to draw attention to herself to somebody near by before cutting a more relaxed figure 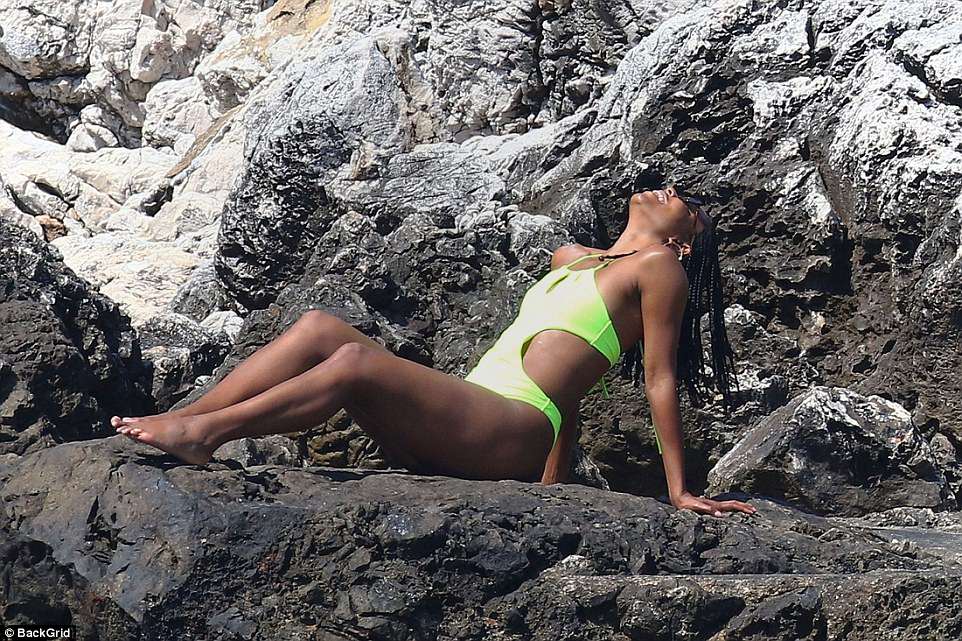 Basking: The wife of the NBA star bathed herself in sunshine wearing a pair of dark shades on top of a rocky cliffslide 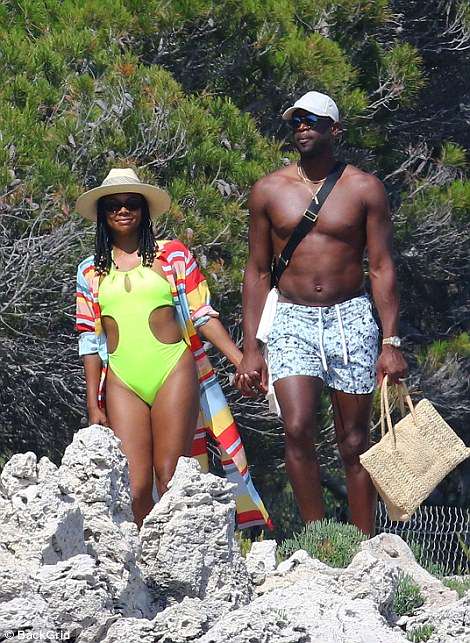 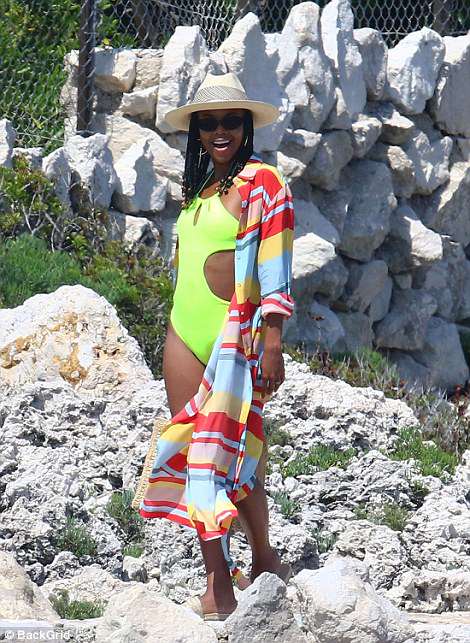 Covering up: The Public actress teamed her neon cut-out swimsuit with a horizontal striped kaftan and a stylish straw hat

This wasn’t the first time that the pair were spotted enjoying the rays on the beach recently, the day before they were also seen putting on an amorous display by the shoreline.