President Trump is battling to prevent another key aide quitting in what would be a major blow to his administration’s credibility.

Gary Cohn, Trump’s chief economic adviser, is said to be ‘deeply dismayed’ by the president’s response to the white nationalist rallies in Virginia.

Sources have claimed Cohn, who is Jewish, is ‘deeply upset’ and ‘disgusted’ by Trump’s defense of white nationalists, many of whom were wearing ‘Make America Great Again’ baseball caps.

He was said to have reached a ‘real inflection point’ according to Vanity Fair, citing sources close to the businessman.

His departure would mark the latest in a series of aides to leave their posts.

In another departure from Trump’s team, billionaire investor Carl Icahn announced he was ending his role as the president’s special advisor on regulatory reform, after facing criticism that his advice could benefit his own businesses.

Icahn said he was stepping down because ‘I did not want partisan bickering about my role in to in any way cloud your administration.’

Bannon, who helped shape Mr Trump’s ‘America First’ campaign message, is returning as head of far-right website Breitbart, where he has vowed to attack those who stood in the way of his populist agenda. 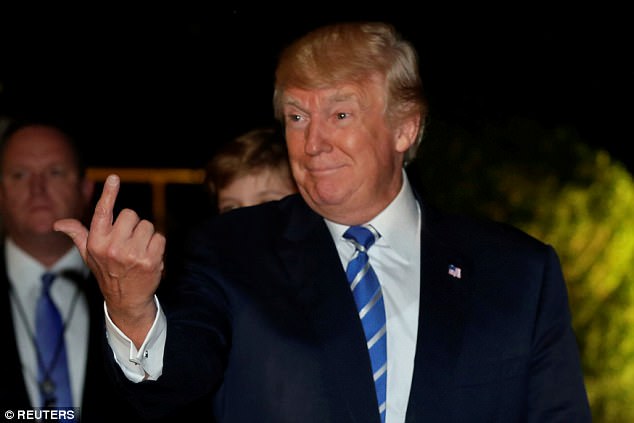 He was instrumental in some of Trump’s most contentious policy moves including the ban on people from several Muslim-majority countries, abandoning the Paris climate accord, tearing up international trade agreements and cracking down on illegal immigration

Trump has not spoken publicly about his sacking, but he tweeted praise for Bannon’s return to the conservative news outlet.

He wrote: ‘Steve Bannon will be a tough and smart new voice at (at)BreitbartNews … maybe even better than ever before. Fake News needs the competition!’ Trump said Saturday in one of two tweets. He also thanked Bannon for serving.

‘He came to the campaign during my run against Crooked Hillary Clinton – it was great! Thanks S.’

White House officials said Trump had told new Chief of Staff John Kelly to crack down on the bickering and infighting, and that Bannon’s fate was sealed by comments published on Wednesday in the American Prospect liberal magazine in which he spoke of targeting his adversaries within the administration.

Yesterday leading Republicans warned Trump needed to bring stability to the White House to have any chance of pushing through his main policy goals.

John Kasich, the governor of Ohio, told CNN that ‘you can’t keep putting new people in the line-up and think you’re going to win a world championship.’