Former President George H.W. Bush is remembering his late wife, Barbara Bush, on what would’ve been her 93rd birthday.

He tweeted on Friday, June 8, about how she loved helping others. He said knowing there are so many out there who share her passion ‘puts joy in our hearts’.

‘Sending our gratitude and family love on this special day to all who are helping carry forward the selfless work of one Barbara Pierce Bush,’ the tweet read.

‘She loved helping others and did so with a joyful heart. Knowing there are so many out there who share her passion puts joy in our hearts.’

George H.W. Bush remembered his late wife, Barbara Bush, on what would have been her 93rd birthday 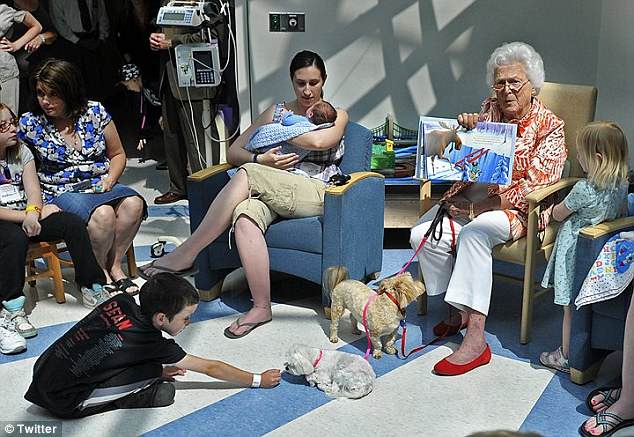 George tweeted about how much Barbara loved helping others, sharing this above photo of her reading a book to a group of children 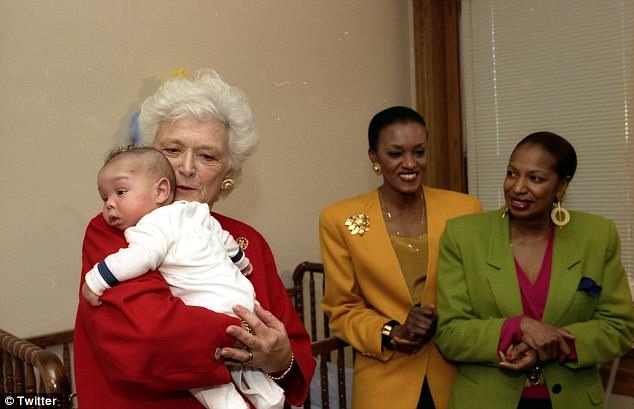 George also tweeted a photo of Barbara holding a baby, writing that knowing there are so many out there who share Barbara’s passion ‘puts joy in our hearts’

Her daughter-in-law, Margaret Bush, is remembering Barbara by attending an event Friday at The Barbara Bush Children’s Hospital at Maine Medical Center in Portland, Maine. She will read to patients and then join them in having a birthday cake.

Barbara and George H.W. Bush, the 41st president, were married for 73 years.

She died on April 17 in Houston, two days after declining medical treatment for a life-threatening illness.

Her funeral was held a few days later on April 22 at St Martin’s Episcopal Church in Houston, Texas. 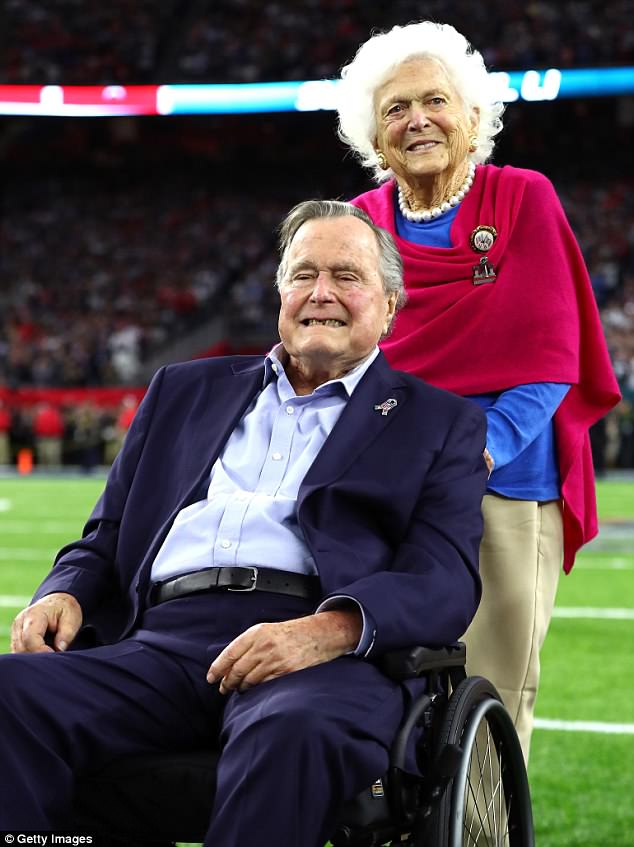 The couple had been married for 73 years. They are seen above before the dedication of the Mathew J. Lanigan bridge that connects Kennebunk and Kennebunkport in May 2017 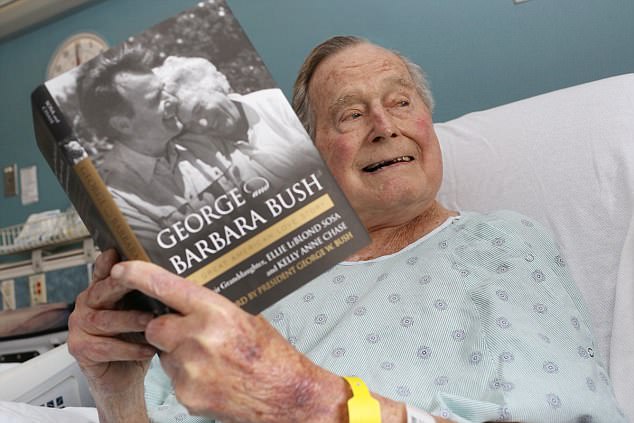 George was hospitalized a month after his wife’s funeral. He tweeted this photo last week of himself reading a book chronicling their love story

A number of political leaders such as former presidents Barack Obama and Bill Clinton and former First Lady’s Michelle Obama and Hilary Clinton attended the services. Melania Trump was also at the funerals sans her husband, president Donald Trump.

A month after the funeral, George H.W. Bush, 93, was hospitalized in Maine for low blood pressure and fatigue. Last week, he tweeted a photo from his hospital bed of him reading George & Barbara Bush: A Great American Love Story.

He was released from the hospital earlier this week.