Georgia police officer dies three weeks after he was shot in the face, becoming the 145th cop to die in the line of duty this year, up from 129 in 2017

A Georgia cop has died three weeks after he was shot in the face in the line of duty.

Henry County Police Department officer Michael Smith passed on Friday at the Piedmont Atlanta Hospital after succumbing to injuries he sustained when he was shot on December 6.

‘I want to thank the public for all their thoughts and prayers,’ Henry County Police Chief Mark Amerman said, according to ABC News. ‘Please continue to pray for Michael’s family during these difficult times.’

On the day of the incident, Smith was responding to a disturbance call at a local dentist.

The officer spoke with the suspect, Dimaggio McNelly, but ‘at some point the subject became combative,’ Georgia Bureau of Investigation spokeswoman Natalie Ammons said.

Smith tried to use his taser multiple times but it proved to be ineffective. 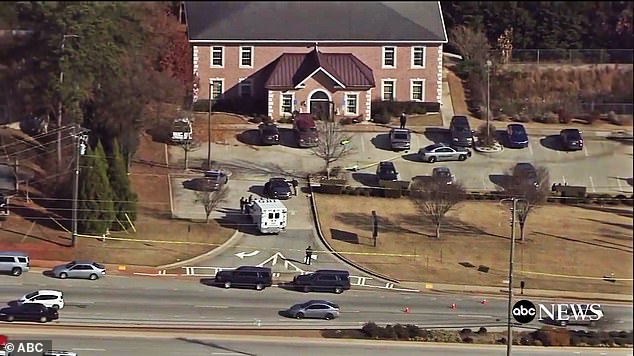 On December 6, Smith was responding to a disturbance call at a local dentist

A scuffle unfolded and one shot was fired, striking both men.

Ammons detailed that it is unknown whose finger was on the trigger at the time of the incident.

McNelly died at the scene while Smith was shot in the face and rushed to the hospital. 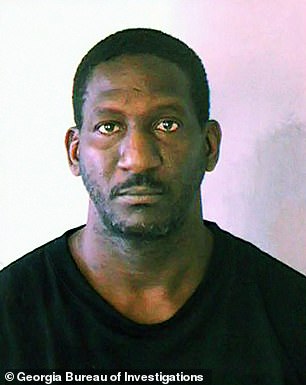 The officer spoke with the suspect, Dimaggio McNelly, but ‘at some point the subject became combative’ and a scuffle unfolded where one shot was fired, striking both men

The officer – who had been with the force for seven years – makes 145 police officers who have been killed in the line of duty in 2018.

That figure is up from the 129 in 2017, the National Law Enforcement Officers Memorial Fund released in a preliminary report on Thursday.

‘The rising number of law enforcement officer deaths in 2018 is disappointing news after a decline in 2017,’ declared National Law Enforcement Officers Memorial Fund CEO Craig W. Floyd. ‘Sadly this reminds us that public safety is a dangerous job and can come at a very steep price.

‘We must never take the service and sacrifice of law enforcement officers for granted, and we must remember the families of the fallen who are left behind.’