‘When I came here I was dreaming of moments like this’: Georginio Wijnaldum aiming for Champions League glory with Liverpool in Kiev

Helping Liverpool win a sixth European Cup in Kiev would be an accomplishment that Georginio Wijnaldum has dreamed about since the day he joined the club two years ago, the midfielder said.

Liverpool take on holders Real Madrid in Ukraine on Saturday and Dutch international Wijnaldum is eager to join the ranks of Liverpool players to have won Europe’s elite club competition.

‘It’s true, when I came here I was dreaming of moments like this,’ Wijnaldum, who arrived at Liverpool from Newcastle United in 2016, told reporters.

Midfielder Georginio Wijnaldum has been dreaming about the Champions League final 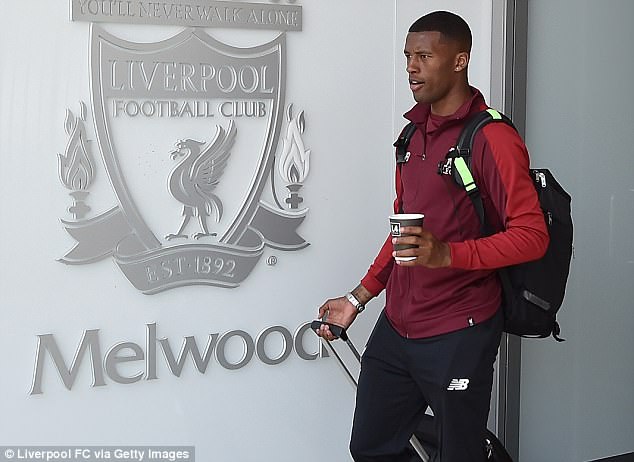 ‘When I came here, I wanted to help this club win more trophies than they already have.’

No one in the current squad has played in a Champions League final before and the 27-year-old is acutely aware that a victory on Saturday would only represent a tiny fraction of the success some of the club legends have achieved in the past.

‘There are players here that won a lot, they are legends. If you take Kenny Dalglish I don’t think one Champions League win will put you up there with him,’ he added.

Wijnaldum has played 11 games in the competition this season and his versatility across the midfield has been fully utilised by German manager Juergen Klopp. 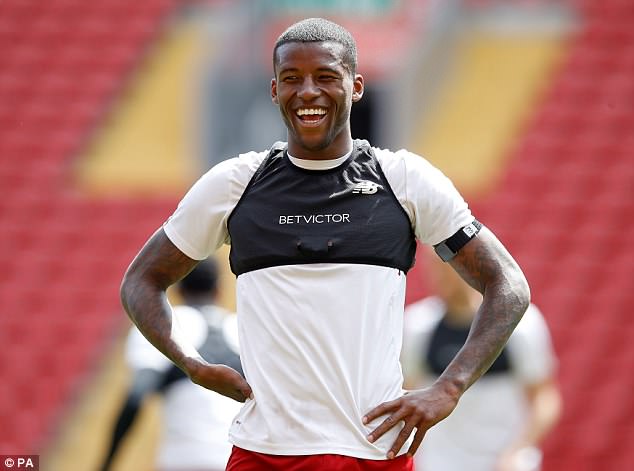 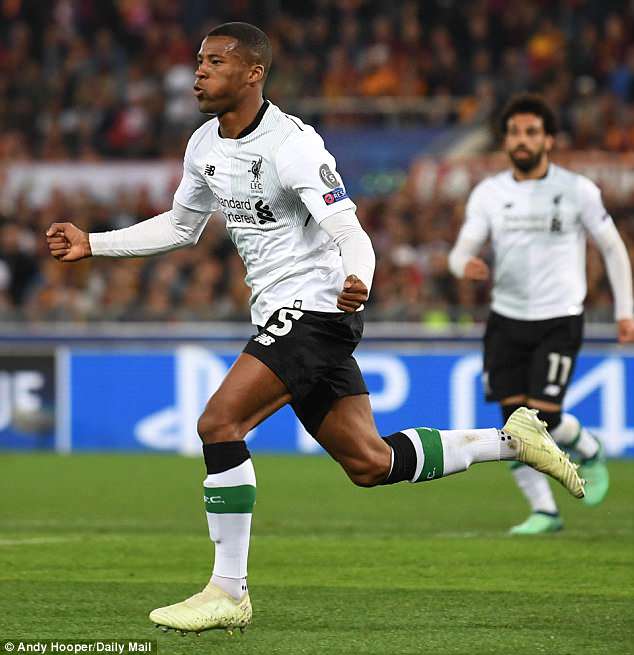 ‘I have learned to play in a lot of positions. I have played in the holding role, the number six position more than I used to,’ Wijnaldum added.

‘It’s gone well. It gives the manager an extra option… you have to learn the position and I’m still learning in all the positions he has put me so I can grow more.’

Saturday’s clash at Kiev’s Olympic Stadium is a repeat of the 1981 final, when Liverpool prevailed 1-0 in Paris. Liverpool are looking to deny Real a 13th title and a third in a row.