A missing teenage girl last seen boarding a Eurotunnel train out of Britain could be on her way to visit her mother, who lives in Poland.

Serena Alexander-Benson, 13, was last seen in her school uniform with an ‘older person, believed to be a female Polish national and friend of her mother’s.

The teen lives with her father in London, while her mother lives in Poland – where Mother’s Day was celebrated on May 26.

Serena Alexander-Benson, 13, was last seen in her school uniform and has been missing from the New Malden area. The police want anyone who has seen her to call 999 immediately

The girl has been missing from the New Malden area, south-west London, since 7.30am on Friday.

She was travelling in a car with a female friend of her mother’s who is a Polish national that lives in London.

A police statement said: ‘She was travelling in a car with a female friend of her mother’s who is a Polish national who lives in London.

‘CID officers based at Wandsworth are investigating.

‘Active lines of inquiry are being pursued by officers, working with the National Crime Agency and the Polish authorities.

‘Detectives are not releasing further details at this stage of the route Serena and the woman have taken, nor of how it has been established that they are in Poland, where Serena’s mother lives.

‘At this stage, the priority of officers is to confirm Serena’s exact whereabouts and confirm that she is safe. Any potential offences will be considered in due course.’ 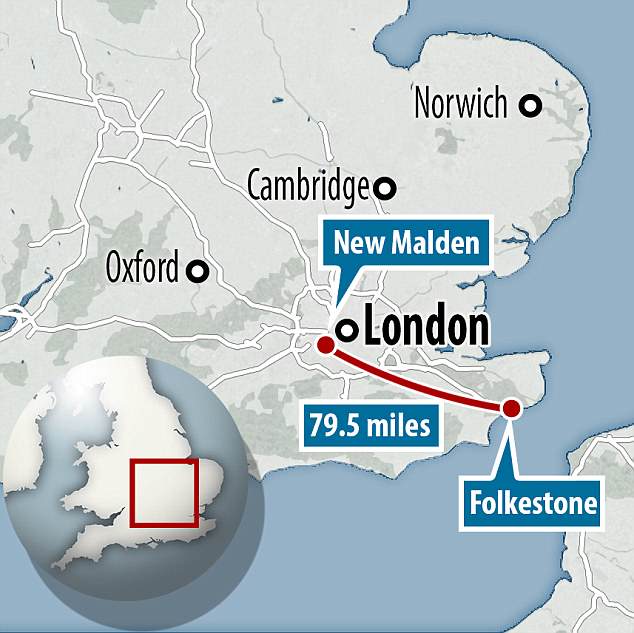 A police statement said: ‘Serena has not been missing before. She lives with her father in Wimbledon, while her mother lives in Poland.’ Inquiries have established that the 13-year-old left the UK via Folkestone on the morning of May 25, on a Eurotunnel train

In an earlier statement, the Met Police said they are ‘concerned about her welfare’ and urged anyone with information to get in touch.

‘Serena was last seen by her father leaving her home address in SW19 at around 7.50am on Friday, May 25. She was dressed in her predominantly green school uniform and had told her father that she was going to school.

‘However, Serena did not arrive at school and has not been seen since.’

The statement added: ‘Serena has not been missing before. She lives with her father in Wimbledon, while her mother lives in Poland.’

After the teenage girl went missing on her way to school, police in south London have been tweeting for help, above. It was originally thought she went missing from 8.30am

The Met said that police inquiries ‘have established that Serena left the UK at Folkestone on the morning of 25 May on a Eurotunnel train. Active lines of inquiry are being pursued to locate her.

‘Anyone who may know Serena’s whereabouts or who may have seen her as she travelled through Folkestone – probably in the company of an older person – should call officers at Wandsworth CID on 020 3276 2588.’

She was wearing a green blazer – part of her Holy Cross School uniform – and had her dark brown hair tied up. 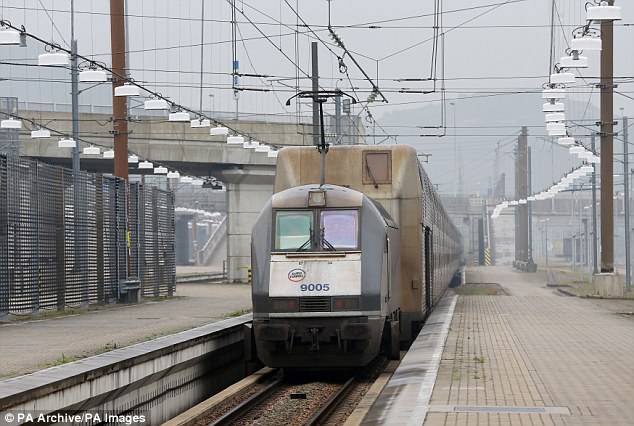 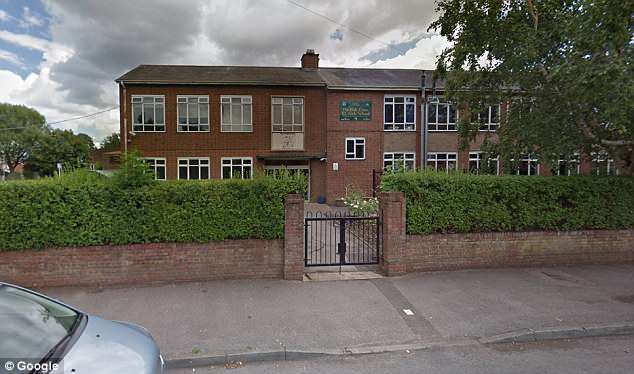 Holy Cross School, pictured, where Serena is a pupil, said the family was in its thoughts during this difficult time

Holy Cross School has today issued a statement in relation to its missing student.

‘You may already be aware that one of our Year 8 pupils is missing. The pupil and her family are in our thoughts and prayers at this difficult time,’ said head teacher Andrea Lucas and Anna-Marie Boyd, chair of governors.

‘The situation is being managed by the police and we are in liaison with them and the pupil’s parents.

‘If you have any further information please contact the police urgently.’