A young golf fan has been left bloodied after a stray ball hit her in the face at the Ryder Cup.

America golfer Brooks Koepka had struck the supporter in the face on the short, par-four sixth hole.

On day one of the Ryder Cup, Koepka had been trying to attempt a monster drive, when the huge swing resulted in the fan taking the full force of the ball. 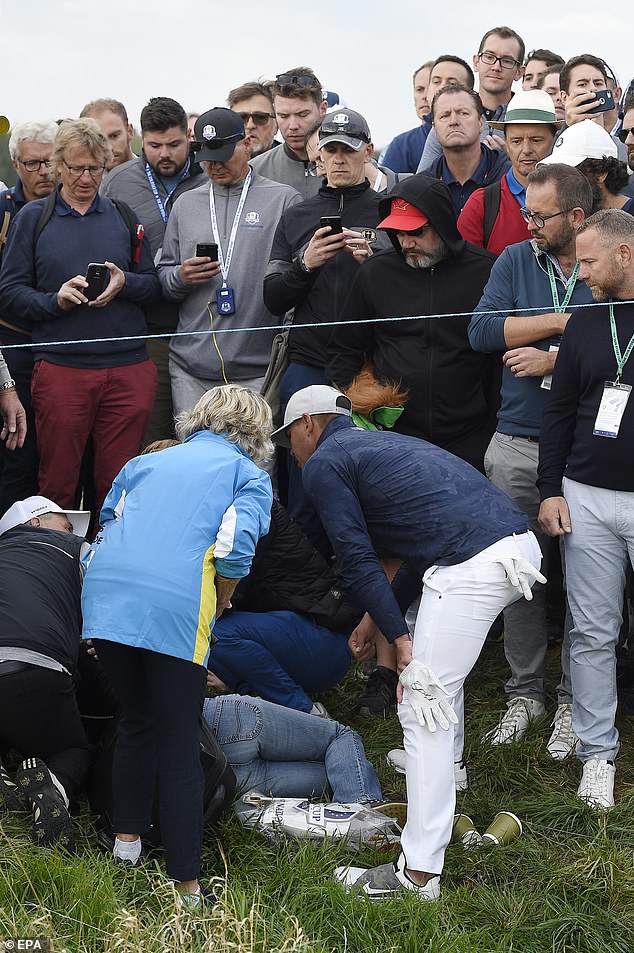 The girl, whose age has not been identified led on the ground after she was hit by Koepka’s ball, at The Golf National in Guyancourt, near Paris.

Commentators at the ground noticed that the golfer appeared visible shaken by the incident, which occurred earlier this morning.

Sky Sports commentator Rich Beem said the supporter had ‘suffered a nasty injury’ after the ball hit her just above the eye. 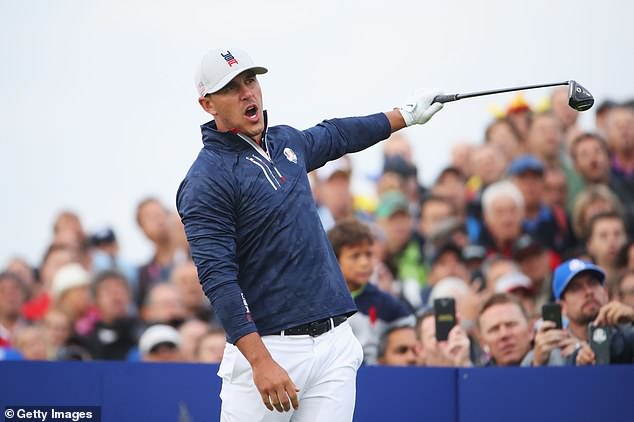 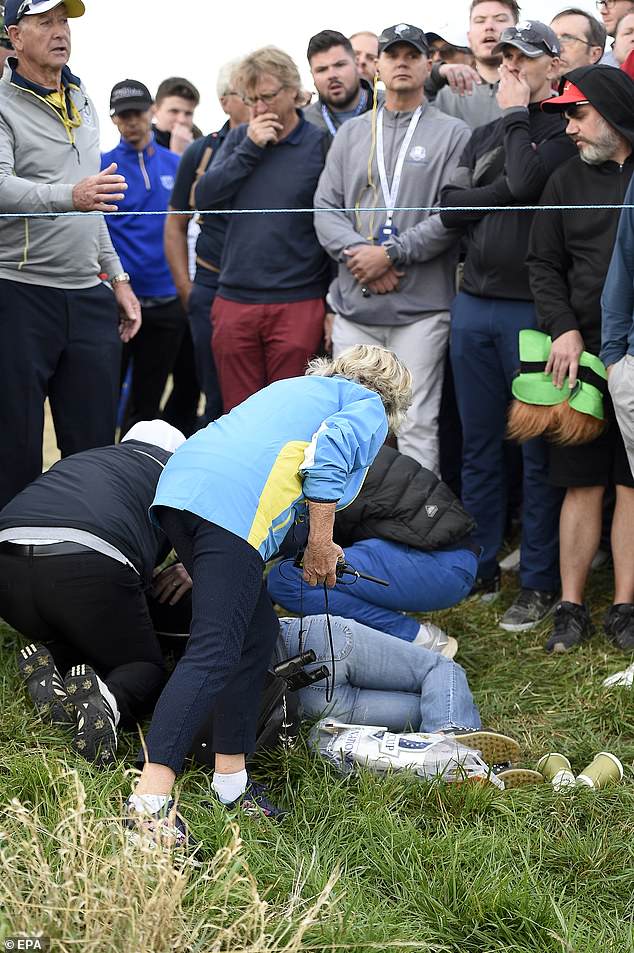 Earlier this year Koepka won the US Open and US PGA. After striking the fan, he then went miles left with his tee shot off the seventh tee, narrowly missing even more spectators lining the fairway.

There has been no update on the condition of the injured supporter.

Koepka is currently ranked as high as second in the Official World Golf Ranking, he started his career on the European Challenge Tour and eventually the European Tour. He also played collegiate golf at Florida State University.

Spectators who were attending the Ryder Cup and watching it remotely were tweeting about Koepka’s performance.

One user with the Twitter name Jeff, said: ‘What in gods name is Brooks Koepka doing out there.’

Another spectator, Declan Brennan had also criticised Koepka’s performance and said the the US golfer was ‘in danger of killing his own fans’.

This is while Matthew Dowell tweeted about the fan who had been struck down by the stray ball.

‘He said: ‘Brooks Koepka just drove the ball and hit a fan above the eye. Well stand further back and move out the way.’