Manchester City defender Ko Itakura is wanted by Borussia Monchengladbach, according to reports.

The Japanese centre-back arrived at the Etihad in June 2019 but has since completed a two-year loan spell at FC Groningen and a season-long loan with FC Schalke last season.

Itakura is reportedly ready to exit Manchester permanently ahead of next season, with Fulham and Bournemouth both keen to land his signature.

But Borussia Monchengladbach now lead the race for Itakura ahead of the newly-promoted Premier League outfits, according to Sky Sports journalist Lyall Thomas.

Schalke were reportedly unable to match the defender’s €6 million buy option due to financial complications and have since bowed out of the running.

Despite playing just twice under Pep Guardiola since his arrival in 2019, the 36-year-old has brought a wealth of experience and presence to the City camp. 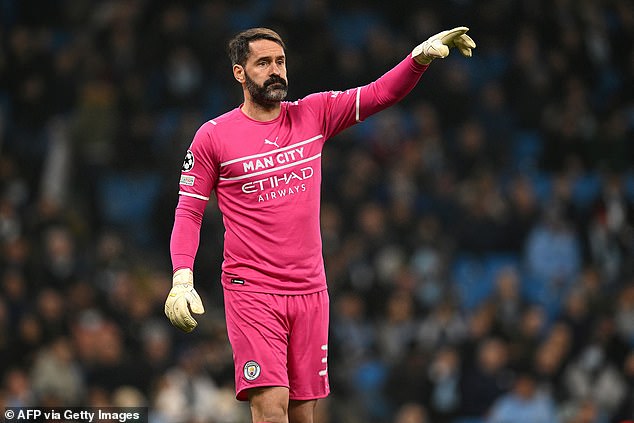 ‘I’m delighted to be staying with City for another season,’ Carson told the club website.

‘To work with Pep, the coaches and such talented team-mates is a real honour and one I relish every day.

‘I have already gained so much from my time here and hopefully I can keep helping to push the club’s other goalkeepers to be the best they can be.’ 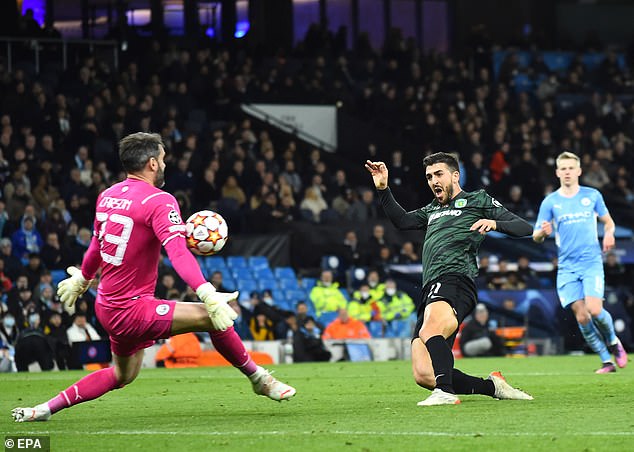 Man City director Txiki Begiristain added: ‘Scott is an exemplary professional and his experience is of real benefit to the entire squad.

‘His teammates, especially the goalkeepers, have great respect for his achievements in the game and his support has been a huge help to them.

‘As he has demonstrated, we know he is always ready to play should he be called upon.’