Google has rubbished President Trump’s claim that it refused to advertise his State of the Union address on its homepage as it did for Obama.

On Wednesday Trump uploaded a video to Twitter purporting to show that Google advertised all of Obama’s speeches, but stopped when he assumed office. The video featured multiple images of the Google homepage advertising Obama’s speeches, but then blank pages when Trump gave his own

A screenshot posted on pro-Trump feed ‘The Donald’ on website Reddit at the time also confirms Google advertised the address.

Whoever made the video may have been confused by the fact that Wayback Machine displays the Google advert in the early hours of January 31, while Trump made the speech on January 30.

However, this is because the website records its data using Greenwich Mean Time, which is five hours ahead of Eastern in January. It is currently four hours ahead.

Google said it did not advertise Trump’s first address because it was not technically a State of the Union, but rather an ‘address to a joint session of Congress’.

Google says it did not advertise Obama’s first speech in 2009 for the same reason. 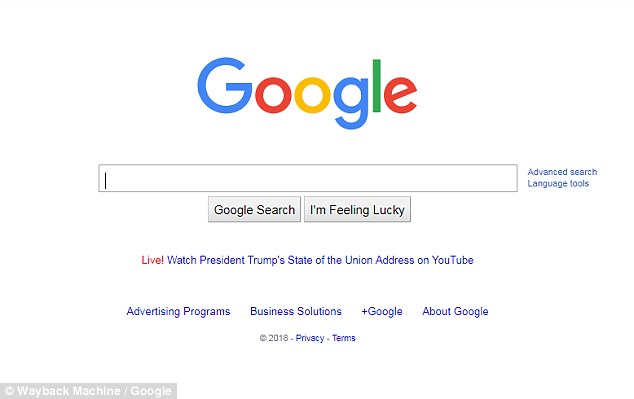 In fact Google did advertise Trump’s address on its homepage, as internet archive Wayback Machine shows (pictured above) Trump posted the video after attacking Google for ‘rigging’ its search results to display only bad news about him.

The President apparently saw a chart on a conservative news site that claimed to portray news outlets’ biases.

The article containing the chart was headlined ’96 Percent of Google Search Results for “Trump” News Are from Liberal Media Outlets.’ 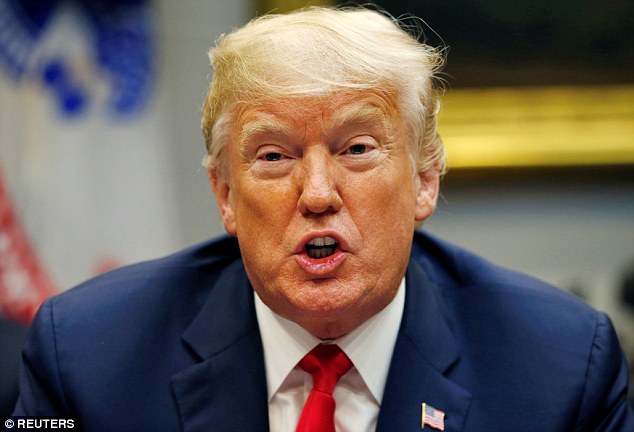 Trump has repeatedly attacked Google over what he describes as anti-conservative bias over the past week, while promising to take action

In a statement responding to Trump, it said: ‘Search is not used to set a political agenda’ and that ‘we never rank search results to manipulate political sentiment.’