The number of homes starting to be built in England during the second quarter fell, official figures from the Ministry of Housing, Communities and Local Government show.

Between April and June, there were around 37,220 new homes starting to be constructed across England, marking a drop of 8 per cent from the same point a year ago and the slowest quarterly rate for three years.

The number of homes starting to be built in the three months to the end of June was 24 per cent lower than at their peak in March 2007.

While the number of new homes starting to be built has been falling, the number of new-build homes completed, or ready to move into, rose by 11 per cent on a year ago to 45,190 in the second quarter.

Laying foundations: The number of new homes starting to be built in the second quarter fell 8 per cent on a year ago, official data shows

East Anglia, the Midlands and the commuter belt to the west of London are seeing particularly high levels of new homes starting to be built,the data revealed.

Other specific places where the number of new homes starting to spring up is high include Harborough, Eastleigh and South Derbyshire.

During the same period, the number of completed new-builds came in at 173,660, which is 8 per cent higher than the year before.

What does the Government have to say about all this?

Robert Jenrick, the Government’s Housing Minister, said it was to mission to ‘get Britain building.’

He added: ‘We are moving in the right direction, but there is still much more to do if we are going to deliver the numbers needed by communities up and down the country.

‘I’m determined to deliver homes that are high-quality, well designed and good for the planet.

‘Faster and simpler planning regulations will help us reach that goal, which is why I have announced measures to accelerate planning decisions for homes and reduce the use of unnecessary conditions by up to a third, freeing up developers so they can get on and build in a locally appropriate way.’ 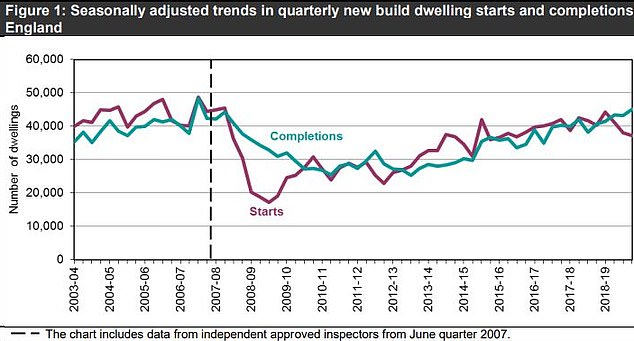 Fluctuations: The number of new-build homes starting to be built and completed since 2003

While welcomed by developers and homeowners on a mission to boost the size of their home, the Government’s latest stance on planning permission has left many concerned about the potential destruction of greenbelt or other rural sites and the creation of swathes of homes on sites without the appropriate infrastructure in surrounding areas.

The housebuilding conundrum remains a political hot potato, and Prime Minister Boris Johnson touched on it during his keynote speech at the Conservative party conference in Manchester on Wednesday.

The Prime Minister said: ‘If the streets are safe, and if the transport links are there, and if there are good broadband connections you enable new housing to go ahead on brownfield sites that were never considered viable before.

He added: ‘We enable young people to get a foot on the housing ladder and we enable people to live near the good jobs and above all – with safe streets and affordable housing and fantastic wifi.’ 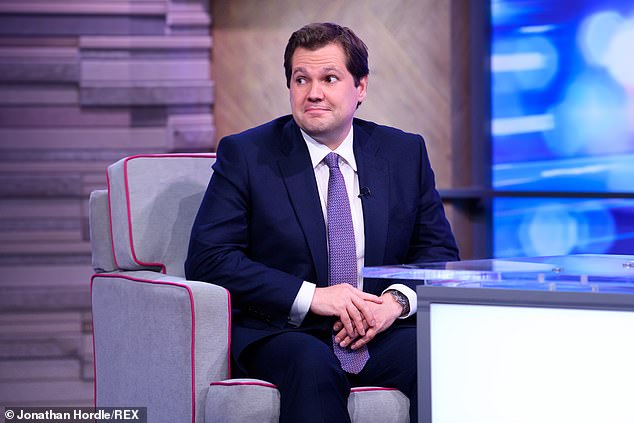 ‘We are moving in the right direction’, the Government’s housing minister Robert Jenrick said

What sort of homes are being built?

In terms of what sort of homes are springing up, in the last year, houses comprised 78 per cent of all new-build completions, which is the highest for this type of home since 2000.

How big are new-build homes?

As well as the type of homes being built, floorspace remains a hot topic.

The average floor area for new-build homes was 92m² in the three months to June. New-build homes had an average of 111m² of space, while flats came in at around 63m².

Since 2012, the average floor area of new-builds has ‘remained fairly stable’, according to the data.

House or flat? The proportion of houses and flats built in the UK since 2000 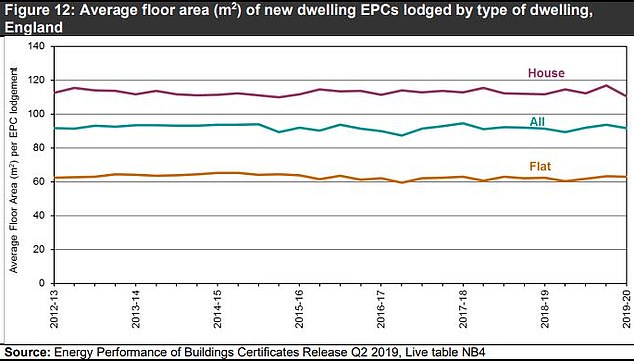 Floorspace: Average floor area for new-builds since 2012, according to Government data

Are we building enough new homes?

Under former Prime Minister Theresa May, the Government pledged to build 300,000 new homes a year to tackle the country’s shortage.

Meanwhile, Patrick Gower, a residential research associate at the estate agency Knight Frank, said: ‘Amid the current political turmoil housebuilders must make judgments about what the sales market will look like years from now.

‘Most indicators suggest housing completions will continue to climb over the near term, but are very unlikely to meet the government’s annual target of 300,000.’

Meanwhile, Polly Neate, chief executive of Shelter said: ‘These house building figures show there is an almighty gap between the Government’s 300,000 homes a year target and reality.

‘It’s clear the private market alone will never deliver the number or type of homes we need – so the best chance the Government has of catching up with its target is to build social homes – the last time we built over 300,000 new homes was in 1969 when almost half was social housing delivered by councils and housing associations.’ 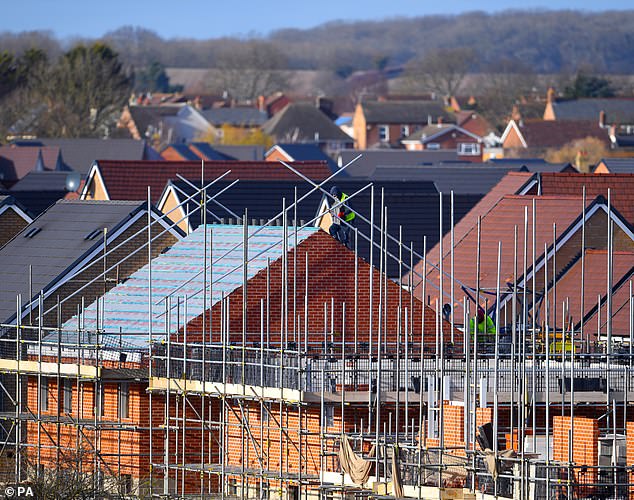 Target: Under former Prime Minister Theresa May, the Government pledged to build 300,000 new homes a year

Earlier this week, the IHS/CIPS construction index revealed the sector was ‘mired in a downturn.’

Researcher IHS Markit said its index of activity in construction, where below 50 shows decline, fell from 45 in August to 43.3 in September.

That was the weakest reading since April 2009 apart from this June and highlighted how Brexit uncertainty is affecting Britain’s builders.

IHS Markit’s Joe Hayes said: ‘Activity is being pulled down at its second-fastest clip for over a decade as firms are buffeted by client hesitancy, Brexit uncertainty and a weak outlook.

‘The commercial sector was a notable casualty in September, with building activity here falling at the fastest rate since April 2009, highlighting the damage of project delays and belt-tightening.