Two in three cases of heart failure are being missed by GPs as experts warn of a ‘medical emergency’.

A major study found family doctors are not detecting tens of thousands of cases, significantly increasing their patients’ risk of an early death.

When patients do finally receive a diagnosis they are often left for months without a follow-up, and many are given drugs at the wrong dose.

And ‘dangerously unequal’ care means treatment is even worse for women and the over-75s, the Oxford University-led study warned.

They said a bonus scheme for GPs introduced by Labour is contributing to the crisis because it encourages them to focus only on two narrow targets, meaning they miss more subtle symptoms. Heart failure is a terminal condition in which cardiac muscles become too weak to pump blood around the body properly, leaving people tired and out of breath.

It is often mistaken for asthma or mere old age.

The academics found only 36 per cent of heart failure patients were diagnosed by GPs in 2014 – the latest figures available – with 64 per cent not diagnosed until they turned up in hospital.

The picture is getting worse, with 56 per cent of patients diagnosed by their GP in 2002.

It means at least 120,000 people a year are now diagnosed in hospital, out of 190,000 diagnosed each year. This delay can be a matter of life and death. If people are diagnosed by their GP they have a 20 per cent chance of dying within a year – but this jumps to 36 per cent in hospital.

The team stressed that not every hospital diagnosis is a case that has been ‘missed’ by a GP, as some people may never have seen a doctor about their symptoms.

But researcher Professor Kazem Rahimi said other countries achieve a GP diagnosis rate of at least 60 per cent. Symptoms tend to gradually worsen over the years, he said, a trend that should be spotted by GPs.

The research, funded by the British Heart Foundation, also found just 14 per cent of patients were followed up by their GP after diagnosis, down from 20 per cent in 2002. Meanwhile, only 23 per cent of patients receive a £20 blood test that can easily diagnose heart failure. And the vast majority are being given drugs at too low a dose, with cheap ACE inhibitors given at half the recommended strength and beta blockers at a quarter.

Presenting their findings at the European Society of Cardiology congress in Munich, the researchers said a ‘lack of communication’ between GPs and hospitals is part of the problem. 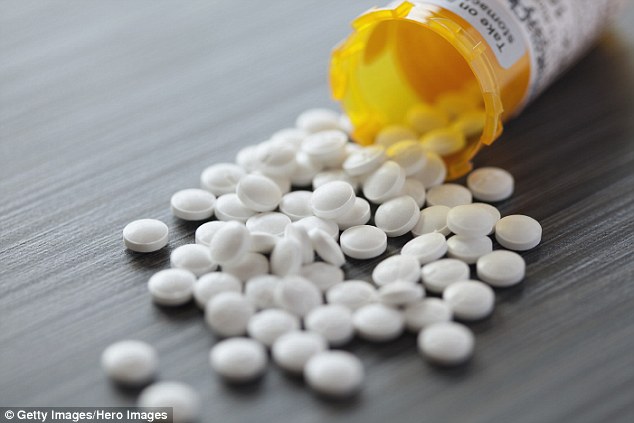 But they also blamed the Quality and Outcomes Framework system introduced by Labour in 2004. It means GPs are rewarded for just two narrow heart failure targets – use of diagnostic investigations and yearly drug prescriptions – meaning busy doctors are more likely to miss subtle symptoms. Nathalie Conrad, of Oxford, said: ‘Our study has uncovered important deficits in the care given to people who have heart failure in the UK.

‘Healthcare professionals … need to come together to ensure that care doesn’t stop once patients are diagnosed.’

Professor Martin Cowie, a cardiologist at the Royal Brompton Hospital in London, said the findings confirmed his fears.

‘This is a medical emergency,’ he said. ‘We need to wake up and get our house in order.

‘Probably the GPs are focussing on other issues. A lot of people seem to think that heart problems have disappeared, that it’s all about cancer and mental health and dementia.’

He said women are being let down because of a persisting misconception that heart problems do not affect females, adding: ‘There is a bit of gender bias.’

Jeremy Pearson, of the British Heart Foundation, said: ‘This study paints a worrying picture of heart failure care in the UK.’

Dr Mike Holmes, vice-chairman of the Royal College of GPs, said: ‘Heart failure is a very serious condition and one that GPs are acutely attuned to look out for … but in the early stages of the disease, some symptoms can be vague and more likely to indicate other, more common conditions.

‘Few present with all the tell-tale signs of heart failure, which makes it difficult to identify without access to more sophisticated tests – and particularly challenging within the constraints of a standard ten-minute consultation.’

NHS watchdog NICE is publishing new guidance on heart failure next month, which is expected to address many concerns and NHS England has a section on the ‘important’ problem in its upcoming ten-year plan.