‘We are positive, of course’: Granit Xhaka insists Arsenal can still make top four but demands improvement as their dreadful away form continues

Granit Xhaka insists Arsenal are still fighting for fourth but accepts the result at Leicester was due to players losing too many one-on-one battles.

The Arsenal midfielder conceded a big chance to make a move on Chelsea and Manchester United in pursuit of Champions League qualification had been missed with the 3-0 defeat at the King Power Stadium.

Xhaka said the club will think positively with the Europa League tie against Valencia up next on Thursday, yet made clear performances must improve.

Arsenal conceded three goals in three successive top-flight games for the first time since 1966 and have lost four of five Premier League matches.

‘It is difficult to explain why we don’t play like we do at home and don’t take the points,’ said Xhaka. ‘It is a different game away and at home. We have to play not like at home.

‘You have to win the duels, you have to run more than the opposition because the fans are behind them, all the teams in the Premier League can play football and fight and if you don’t take the fight to them, it looks like at Leicester. 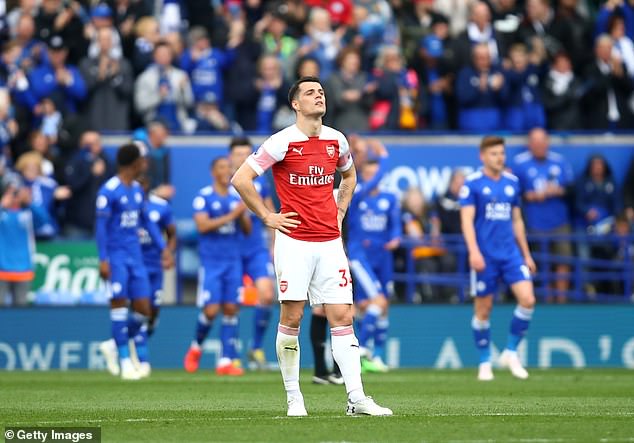 ‘We lost our game and lost our big chance to come back to the Champions League [places]. We have a gameplan to play like we want but it was difficult.’

Xhaka added: ‘We are positive, of course. We have the Europa League as well – Thursday against Valencia – so it is not the best moment to speak about the top four of the Premier League.

‘The confidence, you take only if you win, if you fight, if you have a good result. We are all disappointed in the dressing room and not happy, of course not, but we have to look forward and the next game is Thursday.’ 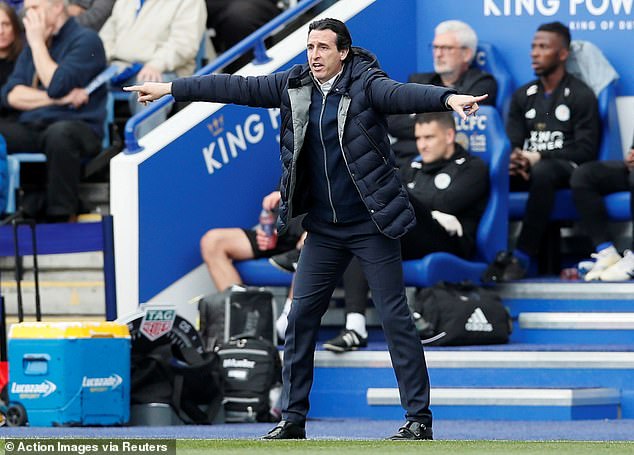