The council in charge of Grenfell Tower showed ‘weak leadership’ after the fire and relied on charities and volunteers to fill the void they left, a report has found.

Kensington and Chelsea Council’s response has been blasted as something you’d expect in a developing country and caused damage that ‘has been difficult to repair’.

72 people died in the blaze last year – the worst fire in Britain for a generation.

The report, Mind The Gap: A Review Of The Voluntary Sector Response To The Grenfell Tragedy, found that many voluntary organisations stepped up to the challenge of meeting the needs of the community where the council fell short.

Muslim Aid’s chief executive, Jehangir Malik, who was on the ground co-ordinating volunteers responding to the plight of those affected by the disaster, said: ‘I would have expected this chaos in a developing country, because almost always there is poor infrastructure.

‘I honestly thought we had better disaster preparedness and response systems here in the UK.

‘We are now asking for lessons to be learned and for greater co-ordination of the voluntary organisations with local authorities, including as part of national emergency response structures.’

Although they too found it hard to co-ordinate in the early days after the disaster, the report found that the organisations demonstrated effective action in the immediate and longer-term response phases, despite their lack of experience of UK disaster situations.

The institutional response to the disaster was ‘badly flawed in the first crucial days, and the damage that resulted has been difficult to repair’, the report said, adding that the voluntary sector was ‘very much on the front line’.

The report, commissioned by Muslim Aid, said: ‘The consequences of the disaster were compounded by the weak leadership of the response initially led by the local council, which was slow to provide direction, co-ordination and information and to address multiple pressing needs.

‘Particularly in the first few weeks, this void was filled mainly by the community itself, supported by an array of local organisations and businesses, as well as individual volunteers and representatives from external organisations.’

It added: ‘In the first few chaotic days and weeks, there were examples of timely, effective action, much of it from local organisations with no experience or training in emergency response, complemented at times by key expertise from outside.’

The report said it would be easy to dismiss Grenfell as ‘a one-off, compounded by the failings of a particularly flawed local authority’, but it said there are aspects that could play out again ‘at a time when the frequency of disasters in the UK is likely to increase due to climate change, vulnerability to terror attacks and the inherent risks of life in crowded, unequal cities’.

In conclusion, the report said: ‘With many of the consequences of the fire still unresolved, it is vital that future action is informed by what has been learnt from the response so far.

‘This applies both to working with the people of North Kensington to address their needs, and shaping wider thinking and practice in emergency preparedness, response and resilience, in London and the rest of the UK.

‘The Grenfell Tower disaster must be a wake-up call to those in a position to effect change and find 21st century solutions to 21st century challenges.’ 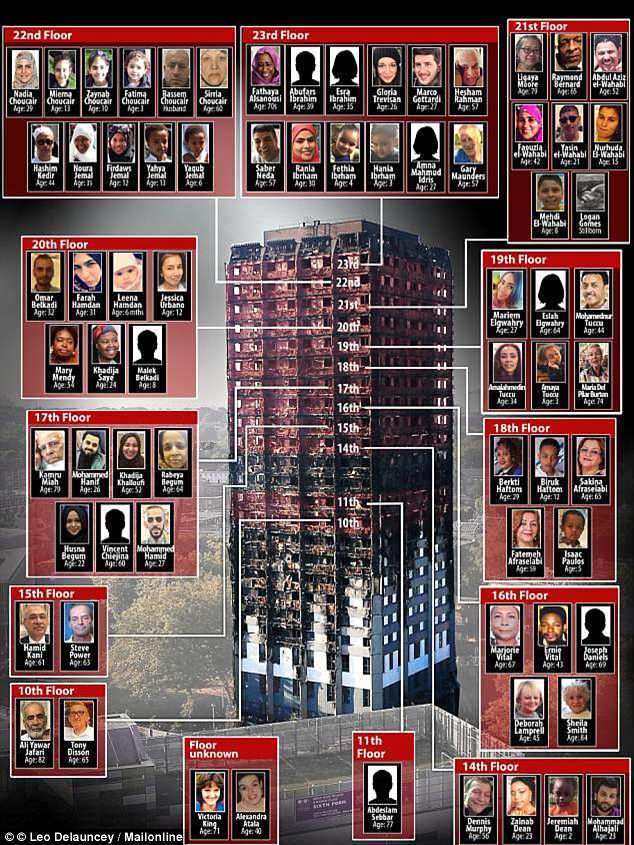 The report also recognised that, in certain respects, the voluntary sector ‘came up short, with some systems, structures and approaches not fit for purpose’.

Among its recommendations, the report said diverse communities need to receive support that is sensitive to their varying needs, and such capabilities need to be embraced as core to emergency response in the UK.

It said disaster response systems, behaviours and interventions all need to be tailored to the ‘varying local socio-economic and cultural dynamics’.

The report recommended that, in a major disaster, local secular and faith organisations can draw on their ‘local rootedness’ to act quickly and sensitively in line with the needs of communities they understand.

This capability needs to be better appreciated and supported, including in partnership with local authorities and national actors with expertise in emergency response, the report said.

A spokesman for Kensington and Chelsea Council said: ‘We are committed to learning the lessons from the Grenfell tragedy and therefore we welcome this report as part of the learning process.

‘However, it is not right for the council to comment in detail at this stage – this is a matter for the public inquiry which is reviewing the events around the council’s response to the tragedy.

‘It is our responsibility to ensure that the whole, unvarnished truth is told so that lessons can be learned and to ensure that such a tragedy can never happen again.

‘We will work with the inquiry to ensure this happens.’