Half of maternity wards are turning away women in labour, shocking figures reveal

Almost half of maternity units are turning away women in labour because they have no spare beds or not enough staff, figures reveal.

Hospitals said capacity and staffing issues were the most common reasons for closures. The NHS currently needs a further 3,500 full-time midwives.

Almost half of maternity units are turning away women in labour because they have no spare beds or not enough staff, figures reveal

When maternity units are extremely busy, they impose a ‘temporary divert’ which means women in labour are sent to neighbouring hospitals. This is meant to be a last resort because it can be distressing for patients.

The latest figures were obtained by the Labour Party using a freedom of information request, in which 89 trusts out of 135 responded when asked how many times their unit had been closed to new admissions last year.

Of the trusts that responded, 41 (46 per cent) said they had closed their unit to new admissions at least once. This is an increase on 2016, when the figure was 44 per cent.

But last year, eight trusts had closures lasting more than 24 hours, while 11 trusts temporarily shut their doors on more than ten separate occasions.

The maternity unit at Bristol NHS Trust was closed from December 31 to January 7 due to ‘high activity’. The unit was closed 29 times in 2017.

The unit at Royal Berkshire NHS Foundation Trust had to close 33 times last year, of which 24 were due to an ‘insufficient midwifery staffing for workload’. In 2016, the trust closed 30 times for the same reason.

Many women are delaying having babies until later in life when they are more at risk of complex labours. Rising levels of obesity are adding to the problem as this also increases the risk of problematic births. 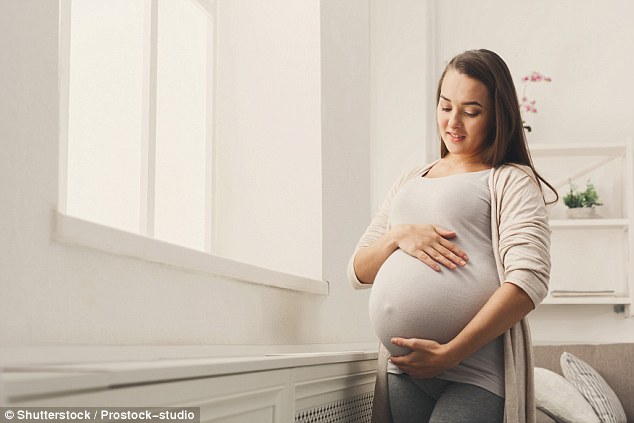 Last year, a separate investigation found the chances of a maternity department shutting on a Saturday were 59 per cent higher than on a Wednesday.

It also showed that at least 30 per cent of closures were due to staffing problems, rather than the unit being very busy.

Labour health spokesman Jonathan Ashworth said last night: ‘Expectant mothers deserve reassurance that the local maternity unit will be there for them when needed.

‘It is a disgrace that almost half of maternity units in England had to close to new mothers at some point in 2017. The uncertainty for so many women just when they need the NHS most is unthinkable. Mothers and babies deserve better than this.’

A Department of Health and Social Care spokesman said: ‘Temporary closures in NHS maternity units are well-rehearsed safety measures which trusts use to safely manage peaks in admissions.

‘To use these figures as an indication of safe staffing issues, particularly when a number of them could have been for a matter of hours, is misleading because maternity services are unable to plan the exact time and place of birth for all women in their care.’