Handre Pollard lifts the lid on his dream £600,000-a-year move to Leicester

But the Springbok star, who has wasted no time in settling into his life at Leicester, insists it has always been his dream to come to England.

‘I’ve been smashing the curries, they’re brilliant,’ Pollard said with a smile.

Pollard, currently recovering from a knee injury suffered on international duty, was the Premiership’s biggest signing this summer.

At a time when two of the league’s clubs – Worcester and Wasps – are fighting for survival and all 13 teams are operating within the means of a reduced salary cap, Leicester’s decision to spend in the region of £600,000-a-year on Pollard was an anomaly from the rest of the division.

As their marquee player, Pollard’s salary sits outside Leicester’s salary cap budget of £5million although he was always the man head coach Steve Borthwick wanted to replace George Ford.

Pollard had previously been linked with a move to Bath and turned down bigger offers in the Far East to move to the East Midlands and join the defending Premiership champions.

‘I’ve always wanted to come to England. I wanted to come here three years ago, but there wasn’t really the opportunity so I had to go elsewhere,’ Pollard said. 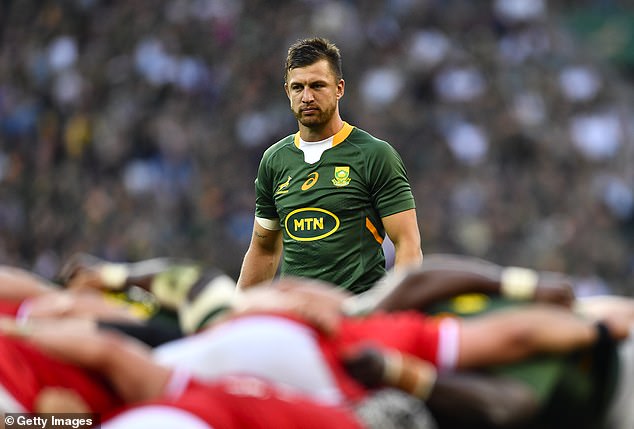 ‘Getting an opportunity at a club like this is something you can’t pass on. It was honestly a no-brainer for me. I didn’t expect to be here so soon.

‘My wife has been here for a few months now and she has sorted out the house. I missed all the heavy lifting and the building of the cupboards. That’s been great!’

Pollard and his partner Marise have embraced their latest move and now call Market Harborough home.

The Springbok star was supposed to join Leicester at the conclusion of the Rugby Championship, but arrived earlier than planned after falling lame against Australia.

He was initially expected to be out for around six weeks, but on arriving in England sooner than expected he received a second, more positive medical opinion in London. 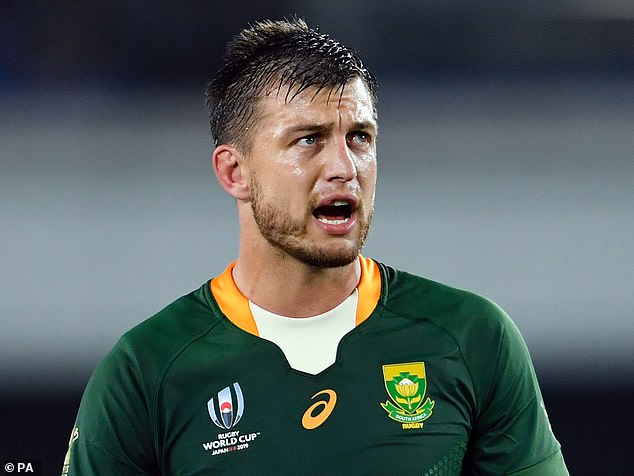 Pollard hopes to make his Leicester debut in the coming weeks and was a travelling reserve for his new team’s derby win at Northampton Saints last Saturday.

‘The body is good. I am really coming along nicely,’ Pollard said. ‘I’ve still got a couple of boxes to tick. I’m working hard.

‘In Montpellier I had an anterior cruciate ligament tear and was out for nine months. This is completely different, it’s a little bit of a tear in the meniscus.

‘It’s a lot better than we originally thought and it’s going really well. We’re still taking it day by day but I am very excited and optimistic.’

Last season, Leicester went from zero to hero to claim a shock Premiership title after one of English rugby’s biggest – if not the biggest – club spent years in the doldrums. 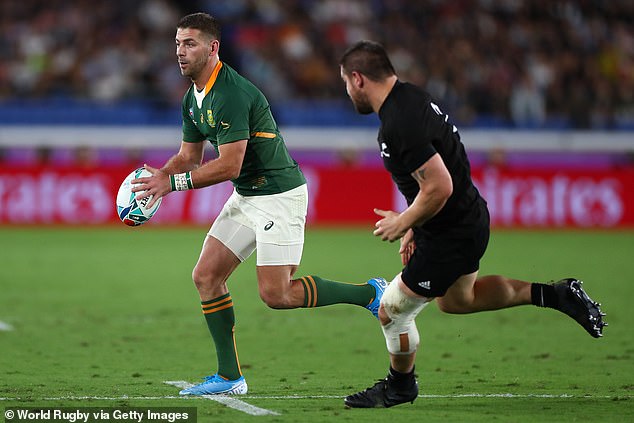 Key to that success was England’s Ford, who moved to Sale this summer. Pollard is his replacement and when he does take to the field, there is no doubt Leicester will have a player of serious talent at their disposal. Pollard helped Montpellier to win last season’s TOP14 title in France.

He guided the ship as South Africa won the 2019 World Cup, helped the Springboks to a 2-1 series victory over the British & Irish Lions in 2021, and has 65 Test caps.

Leicester is Pollard’s latest stop in a career which started at the Bulls in Pretoria and continued in Japan before a stop in Montpellier after interest from Bath failed to materialise.

Intriguingly, Pollard thinks English rugby can make him even better and at 28, he still has much more to give.

The South African is planning a long stint with Leicester. 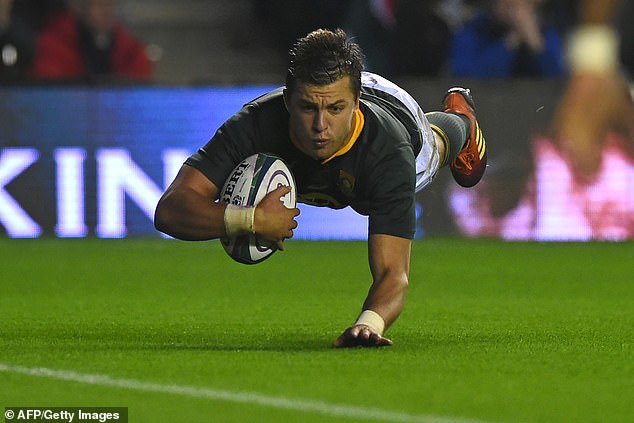 Pollard admitted: ‘Getting an opportunity at a club like this is something you can’t pass on’

‘I’m really excited to see what we can do and how I can improve myself,’ said Pollard, who will be fit for South Africa’s autumn Tests but will be ineligible to face England at Twickenham on November 26.

‘Having the world-class players we do will hopefully bring out the best in me. It’s about me contributing, not being a one-hit wonder from the start.

‘You can always learn from any league in the world. This is the fourth country I’ve played in and it’s so different everywhere you go. I’m really excited to play in the Premiership – I’ve always thought it’s a league where I could slot in pretty easily.

‘The French league is a lot looser and more creative. In the Premiership it’s a lot more structured and more of a chess game. That’s something I’ve always enjoyed about the game and I’m looking forward to improving myself and trying to get better.’