REVEALED: Harry and Meghan are working with Nelson Mandela Foundation on a secret ‘leadership development’ project through their company Archewell – and it was the South African Ambassador to the UN who arranged their travel for speech

Prince Harry and Meghan Markle were nominated as speakers at the UN’s Nelson Mandela celebration as part of an ongoing, secret project with the Nelson Mandela Foundation arranged through their company Archewell, DailyMail.com can reveal.

The couple were also brought to New York City by the office of the South African Ambassador to the UN, Mathu Joyini, though it remains unclear if they traveled on a private jet or on a commercial flight.

Harry’s speech was given ‘in the context of the Foundation already working with their company Archewell on a Mandela-related project,’ a spokesman for the foundation said on Tuesday.

They declined to give more details since the project is yet to be announced, but said it was rooted in ‘leadership development’.

Prince Harry and Meghan Markle at the UN in New York City on Monday. Harry was the  keynote speaker at the UN’s Nelson Mandela International Day event

A spokesman for Archewell did not immediately respond to inquiries.

It explains the choice of Harry to speak at the UN – which baffled some pundits and stumped members of the South African media. 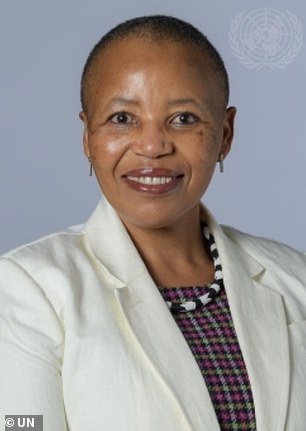 The arrangements were made by Mathu Joyini, the South Africa’s Ambassador to the UN, and her office

Harry used his 15-minute speech to lambast the Supreme Court’s reversal of Roe vs. Wade, and to preach about climate change.

He spoke of his mother, the late Princess Diana, and her bond with Mandela, and his love of Africa, where he said he realized he had a ‘soulmate’ in Meghan.

Meghan watched on proudly from the sparse crowd.

Archewell is the couple’s charity and umbrella brand under which they have launched podcasts and a Netflix series.

There are three branches of the company; Archewell Foundation, Archewell Productions and Archewell Audio.

It’s unclear which section the project with the Mandela Foundation falls under.

Ndaba Mandela, the civil rights icon’s grandson, said on Monday night Harry and Meghan were ‘worlds apart’ from his grandfather. 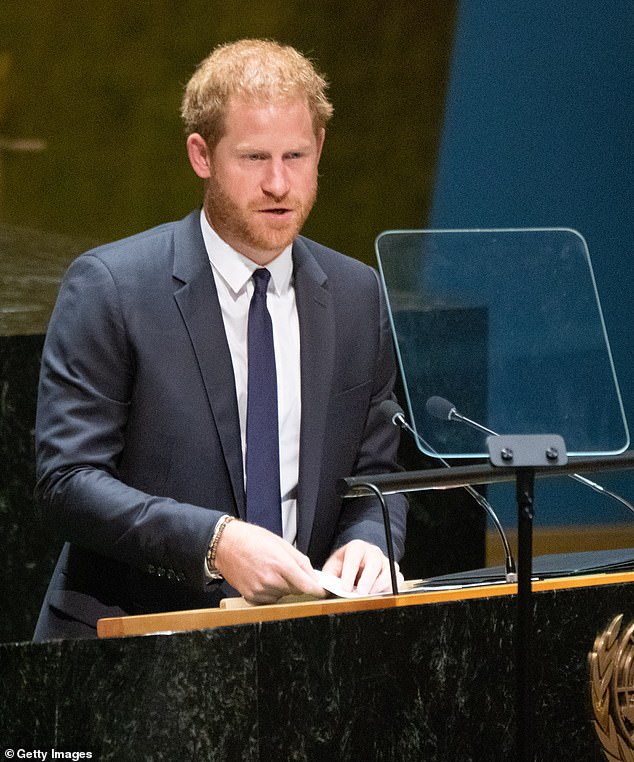 Harry used his 15-minute speech to lambast the Supreme Court’s reversal of Roe vs. Wade, and to preach about climate change 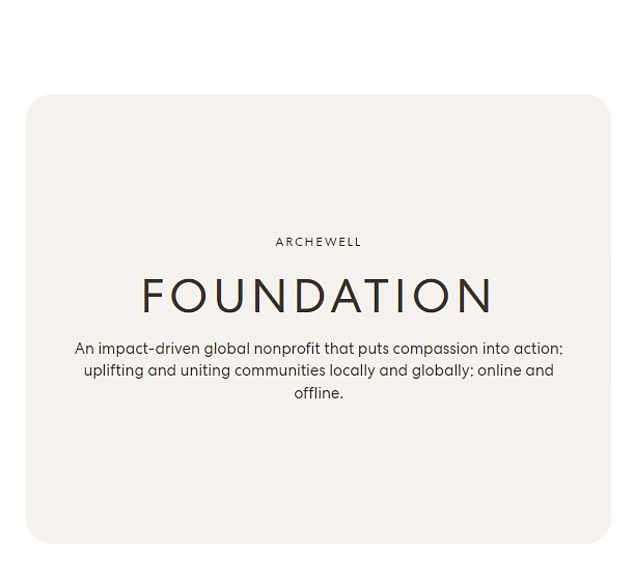 Harry and Meghan’s  company, Archewell, has three branches – its charity,  its production arm and a podcast arm

‘They cannot be compared on any level,’ he said during an appearance on Piers Morgan’s TalkTV show Uncensored.

‘There are no parallels at all.

‘Because you’ll see one is obviously fighting for the dignity of black people against a vicious tyrant like Apartheid, as opposed to one finding their identity outside of a said institution.

‘Obviously these are very different things,’ he said.

South African newspaper The Sunday Times jokingly compared Harry’s plight to that of Mandela, calling Harry the ‘Duke of L.A.’

‘He’s in exile. Just like Madiba. No, sorry, of course, he was imprisoned for 27 years on Robben Island. Same, same-ish.

‘Harry is imprisoned in his gilded pleasure palace in Montecito with a podcast schedule and documentary team following him around.’