The moving image was shared to a Facebook group set up to let thousands of people struggling across the country share how the drought has affected them.

The girl can be seen holding the limp animal under a beating sun on her family farm near Tenterfield, at the border of New South Wales and Queensland.

Tenterfield has received just 18.8mm of rain in August compared to an average of 55.3mm since 2010, while the entire state of NSW was declared to be in drought by the government earlier this month. 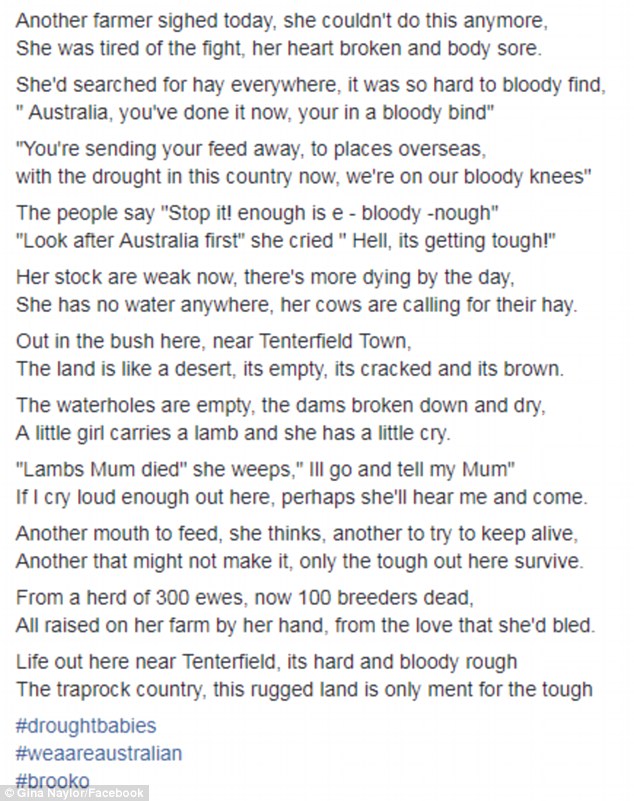 A poem was also posted alongside the photo, with the small girl weeping in the poem that ‘lamb’s mum died’ and that she will ‘go and tell my mum’

A poem was posted alongside the photo by group member on Wednesday, in which the small girl weeps that ‘Lamb’s mum died’ and she would ‘go and tell my mum’.

The poem laments the impact of the continued drought in NSW, which has received less than 20 per cent of its usual rainfall since January, and southern Queensland.

In one line of the poem, the plight of the girl’s family farm is revealed – with a farmer described as ‘tired of the fight – her heart broken and body sore’.

In another verse, the poem says ‘the waterholes are empty, the dams broken and dry, a little girl carries a lamb and she has a little cry.’

Partially written from the perspective of a farmer, the poem reveals that from a herd of 300 ewes 100 on the farm near Tenterfield have already died. 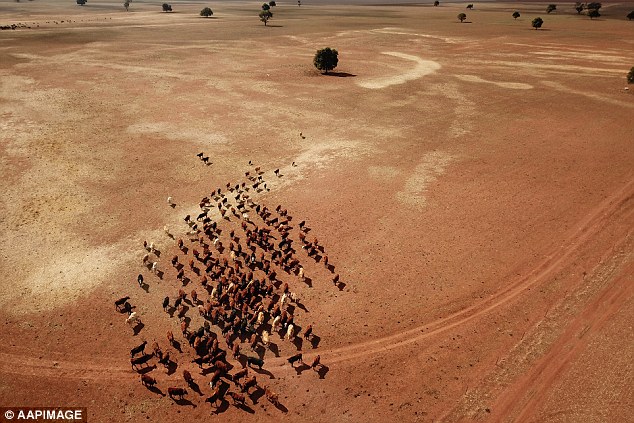 Sydney received only 1.4mm of rain in August – before rain swept across the state over the weekend – with average rainfall for the month being 55mm (drought affected cattle in outback New South Wales pictured)

Commenters on the photo, posted to the One Day Closer To Rain Facebook, offered their thoughts and prayers and pledged to help the small girl and the farmer

Others said they hoped the current barren conditions would ease up soon and give way to rain, with New South Wales having received just 20 per cent of its usual rainfall since January

Commenters on the post, which has been shared more than four thousand times, showed their support for the suffering farmer and the girl in the photo.

One user commented: Words seem so inadequate when people are facing thing like this. We are all trying to do as much as we can. We just pray it’s enough to help you all.’

Another added: ‘Praying for you all to get the rain you need soon. So sorry.’

The photo is the latest reminder of the effects of the drought on livestock on Australia’s eastern coast.

A jarring image of a baby lamb crying for its mother in NSW emerged earlier this month, and a record number of sheep were brought to auction on August 14 as drought-stricken farmers battled to feed their livestock.

Despite much-needed rainfall sweeping through much of NSW over the weekend, the Bureau of Meteorology has warned drier-than-average conditions in the state and in Queensland will continue into the Spring. 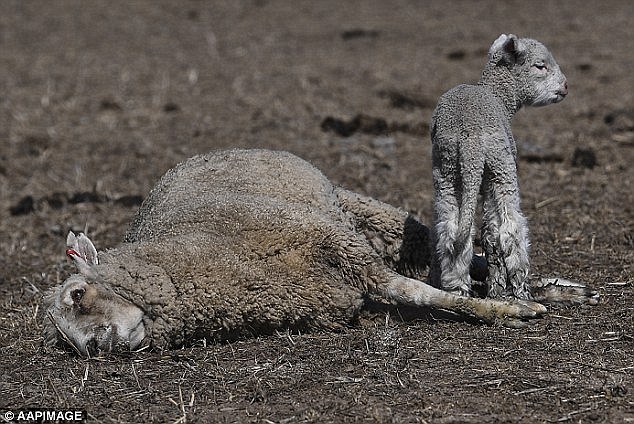 The photo of the girl holding the dead sheep is the latest reminder of the effect of the drought in New South Wales and southern Queensland, following this jarring image