The mother of a British schoolgirl raped and murdered in India has suffered fresh heartbreak over the death of her baby granddaughter.

Scarlett Keeling, 15, of Devon, was found dead on the shores of Anjuna beach in Goa in February 2008.

Her bruised and half-naked body had been raped by her killer Samson D’Souza, 36, who was this year sentenced to just 10 years for his horrific crimes.

But now her mother Fiona MacKeown is faced with more grief after the baby of Scarlett’s half-sister died on a family holiday to France.

The heartbroken family now has to wait to hold her funeral after local authorities removed the newborn’s organs during an autopsy and returned the body without telling them. The same thing happened when Scarlett died 11 years ago. 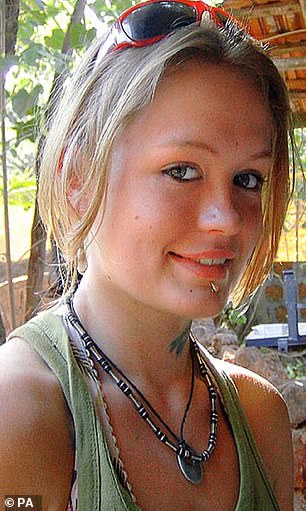 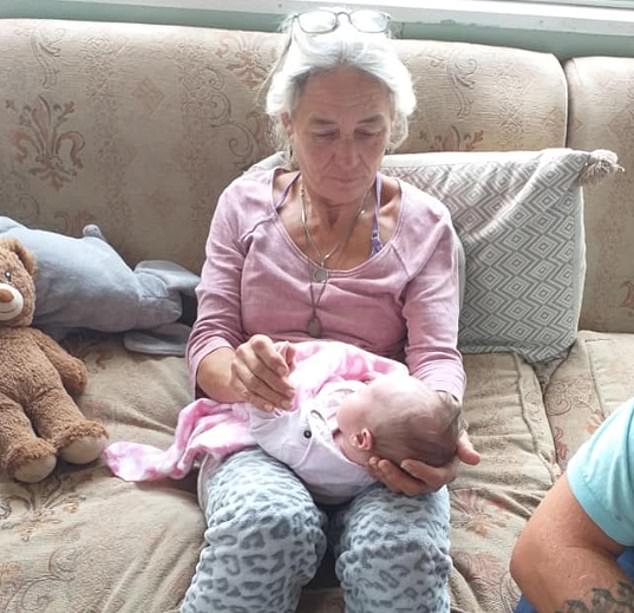 Fiona MacKeown, who fought for years for justice over her daughter’s death, is pictured with her granddaughter Zylla, who died last month 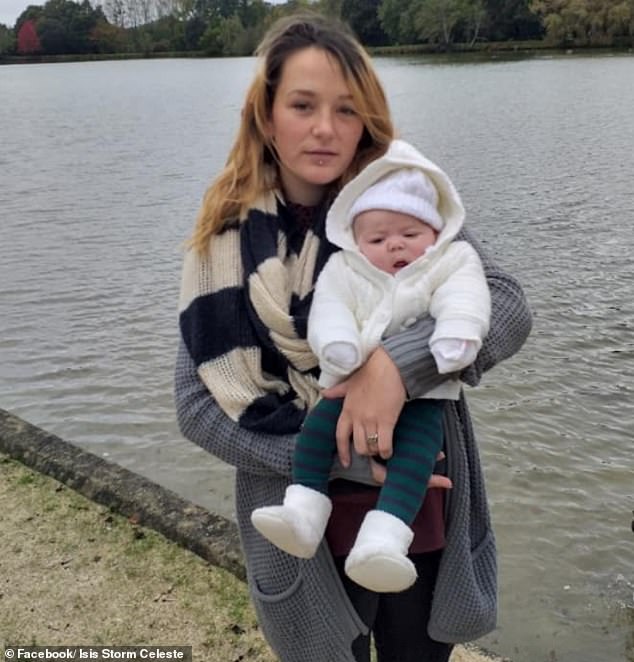 Ms MacKeown told the Daily Mirror: ‘It’s like reliving it with the organs because that’s the second shock we had with Scarlett when we got her home. Her organs were missing as well.

‘It’s like reliving it all again and having to watch Isis go through what I went through 12 years ago is really sad.’

The family crowdfunded £3,000 so they could safely return little Zylla’s body.

But now Scarlett’s sister Isis, 22, is forced to wait until the French authorities conclude why her baby died.

She told the newspaper: ‘It hits me in waves, like when we found out that her organs were in another country.’

It is the third tragedy in the family after Scarlett’s brother Halloran overdosed and died three years ago because he ‘never got over Scarlett dying’.

Eleven years after her death, in July this year her killer D’Souza was finally found guilty of five charges at Bombay’s High Court.

But he was sentenced to serve just 10 years in prison because he is the sole bread winner of his family.

The prosecution had been hoping to secure a life sentence, but the defence argued that because he is the lone earning member of his family, and the father of a 12-year-old girl, his term should be reduced. 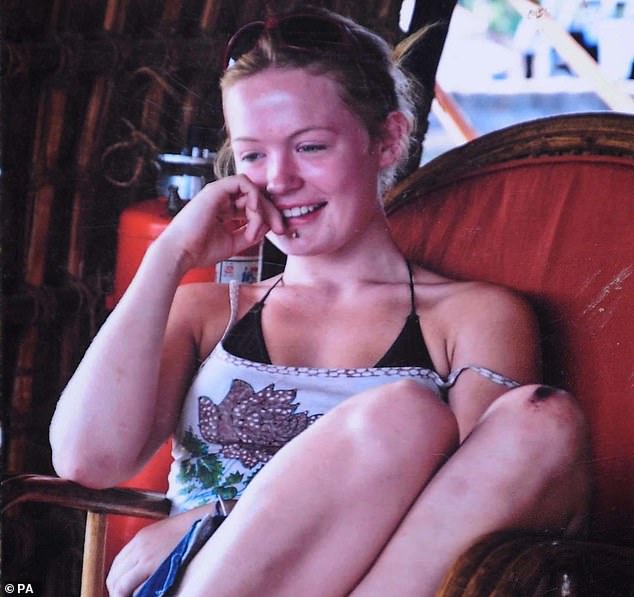 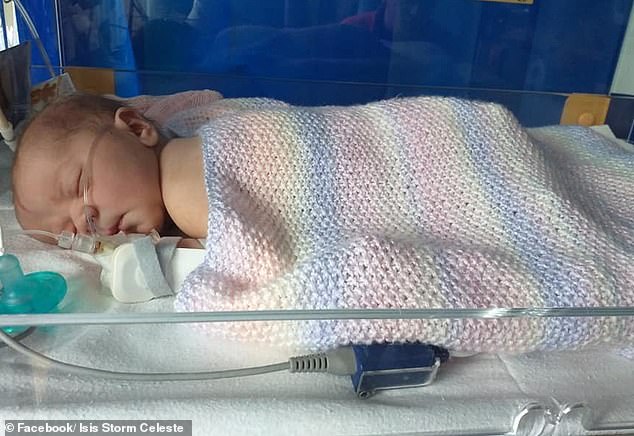 Baby Zylla was born two months ago but was found unresponsive by her mother and father on holiday in Brittany, France on November 3

Fiona MacKeown fought tirelessly for justice for years after her daughter Scarlett was killed.

Scarlett’s drowned and battered body, which had undergone 50 injuries during her assault, was found partially clothed on Anjuna beach while she was on the ‘holiday of a lifetime’ with her family in February 2008.

Her family had spent two months at a seaside resort in Goa before moving further down the coast to Karnataka.

Her mother let her return to Goa for a Valentine’s Day party in the care of family friend Julio Lobo, 25.

But it was while she was staying with Mr Lobo that she went out with a female friend one evening and never returned. 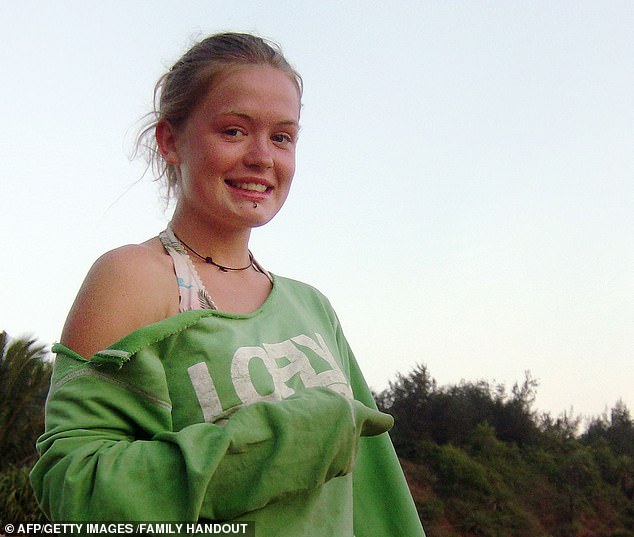 As soon as Ms MacKeown found out her daughter was dead she called the police, but found them to be of no help.

It was up to Ms MacKeown to find her daughter’s knickers, shorts and broken sandals strewn across the beach she was found washed up on, after police had supposedly scoured the area for evidence.

An inquest heard Halloran Richard Keeling, 28, was found dead in temporary accommodation after taking an overdose of morphine.

A coroner said there was insufficient evidence to conclude that he had intended to take his own life.

But outside the hearing, mother-of-nine Fiona MacKeown said her oldest child did not got over 15-year-old Scarlett Keeling’s brutal rape and murder in India back in 2008.

Halloran had been due to go on the family holiday to Goa, where Scarlett was found dead 11 years ago but had been unable to get his passport sorted in time.

Their mother said Halloran felt directly responsible as he believed he would have protected her from harm if he had been on the trip.

She said he had battled mental health problems from a young age and overdosed on several previous occasions but was traumatised over what happened to Scarlett.

She said: ‘He was very close to Scarlett. He couldn’t have done anything and was not to blame at all, but he didn’t accept that.

‘He just felt if he had been there he could have looked after her. He wanted to come on the trip to Goa but couldn’t get a passport in time.

‘He just never got over his sister’s death. He was not stable at the time and blamed himself because of his mental health.

‘He thought if he had got his passport sorted out he would’ve been able to look after her. He tried to block it out with overdoses.

‘He feels that if he had been there he would have had been able to protect her. He felt hopeless. The whole thing is so distressing. He would overdose on a regular basis at my house.’

‘One of them was broken so I knew there had been some kind of struggle. The shock. I remember that it made my fingertips tingle.’

It was also up to Ms MacKeown to push for a second post mortem on her daughter’s body, after police claimed it was unmarked at first.

After the second autopsy, police reported that Scarlett had ecstasy, cocaine and LSD in her system and that she had been raped before she drowned.

When Ms MacKeown went to identify Scarlett’s body she noticed it was covered in bruises.

She says that when she asked a police officer about a bruise on Scarlett’s head, she was told it had happened after her death when she hit her head on some sand while floating in the sea.

Ms MacKeown took pictures of her daughter’s body so she had proof of the marks.

The original investigating officer of the case was suspended after allegations were made that police were covering up Scarlett’s death.

The same officer had been suspended in 2005 when he allegedly tried to categorise a murder as suicide.

Ms MacKeown also believes that police didn’t collect crucial evidence from the scene and allowed other vital evidence to be tampered with or destroyed – Curlies beach shack where D’Souza worked was taken down after Scarlett’s death.

Not only did Ms MacKeown have to struggle against the police, she was also summoned to court in India under charges of child neglect, which were dropped, because she had let Scarlett attend the Valentine’s Day party.

D’Souza found guilty of sexual assault, child abuse, destruction of evidence and of providing narcotics to Scarlett, according to the India Times.

Both he and Carvalho were previously acquitted in 2016 but the Central Bureau of Investigation (CBI) appealed the verdict. 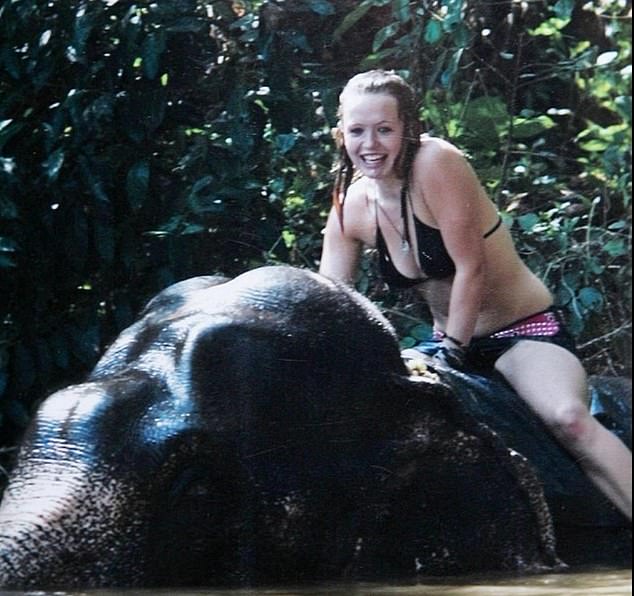 Pictured: Scarlett is seen on top of an elephant in Goa, India, a few days before her death 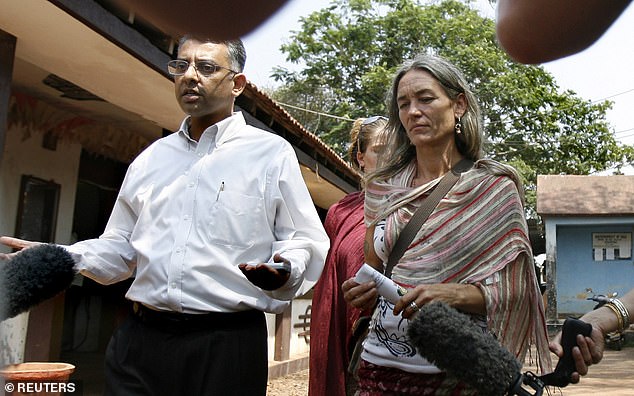 In court the prosecution claimed that the two men had been working at a shack on the beach and had plied Scarlett with drugs before raping her.

Ms MacKeown had to wait four years until she could bury her daughter because persistent delays in the trial wouldn’t allow for her body to be returned home to Bideford in Devon.

Ms MacKewon said before D’Souza’s sentencing: ‘All we want is to get justice but I don’t know what else we can do. Scarlett’s name is being dragged through the mud.

‘The CBI aren’t taking this seriously. This is a massive part of our lives and we just want justice for what has happened to her. We all miss her everyday.

‘Scarlett deserves more than this. If it is dropped then Scarlett will have been failed.’