A heartbroken father has relived the moment he woke up to find his baby son dead in his arms – just two hours after they fell asleep together on their family sofa.

David Hulley, 25, had dozed off sat up on the settee with four week old Karson Winter-Hulley snuggled up to him after he gave the infant a 5.30am feed in their lounge.

But when Mr Hulley, from Stockport, Greater Manchester, woke up at around 7..30am, Karson was unresponsive and the infant was pronounced dead later in hospital despite efforts by doctors to revive him.

At an inquest a coroner described the tragedy last June 24 as ‘every parent’s worst nightmare’ as experts said they could not establish why the baby had died.

David Hulley, 25, had dozed off sat up on the settee with four week old Karson last June

The hearing was told Karson’s mother Beverley Winter, 24, who had an older child had endured a difficult pregnancy with him and he was born in May weighing 5.5lbs but doctors reported no concerns following his birth.

Mr Hulley, a fire and security engineer, told the Stockport hearing: ‘We both loved Karson very much. Beverley had a difficult pregnancy with Karson and was told his long bones were shorter than usual.

‘We were worried because of the way it was handled, the midwife was like a bull in a china shop, but when we saw a doctor they put us at ease. They just said he was a small baby.

‘Beverley had him early. We took him home and he was doing very well. He had a stuffy cold a few days before he died but it wasn’t bothering him too much, it was annoying him but that was all it did. He was a good feeder, he was on bottles and liked his food. His sleeping was up and down, but he seemed okay the night before he died.

‘He seemed a bit clingy and off but we didn’t look into it that much. Even after he died we haven’t thought too much of it.

‘We had him sleeping in the bedroom in a cot next to us. Beverley took him up to his cot and he went to bed okay. 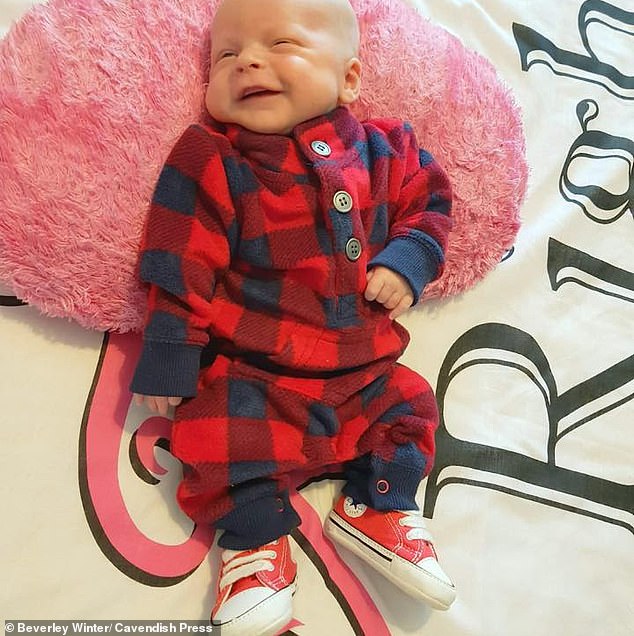 Mr Hulley, a fire and security engineer, said at the inquest: ‘We both loved Karson very much’

‘He woke up wanting to be picked up at about 5:30am. If he wanted something he was good at letting you know he wanted it. He was not crying out of the ordinary.

‘He seemed to calm down and snuggled in to me. I was comforting him whilst the bottle warmed up, I was just admiring him and amazed by him. 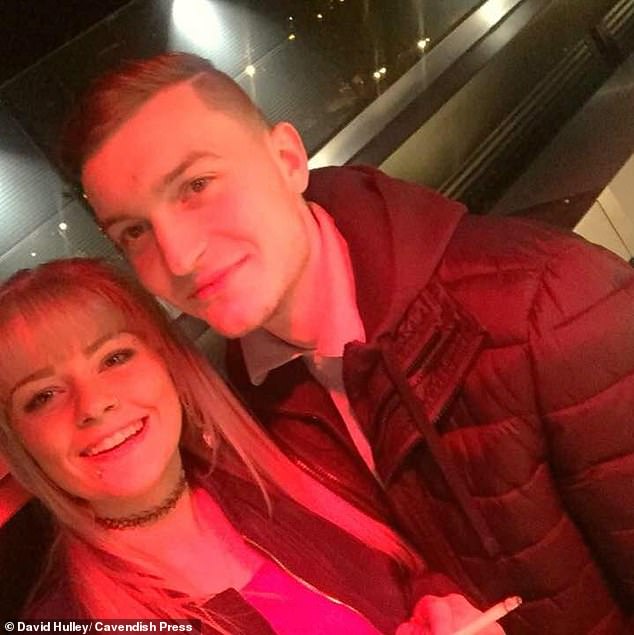 David Hulley, pictured with partner Beverley Winter, said his son had a cold before he died

‘He went off to sleep and I fell asleep with him on the sofa. I wasn’t fully lying down, I was right up against the back and he was on my arm. I just dozed off.

‘When I woke up I think I knew something was wrong, his skin colour wasn’t a live skin colour. He felt warm, but I thought everything I could have thought in that moment. I looked at him and thought he looked sweet for a moment, I didn’t want to disturb him but I wanted to see a twitch or movement but he didn’t.

‘I ran upstairs and said to Beverly I think something’s wrong with him. Beverly tried kissing his mouth but she couldn’t feel anything. We called an ambulance and they tried to resuscitate him.’ 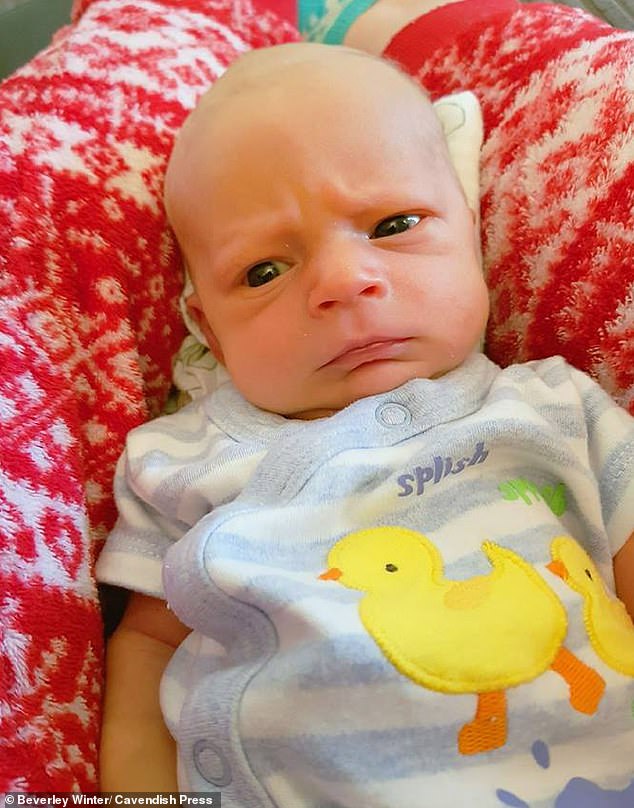 Det Insp Graham Jenkins who investigated Karson’s death said: ‘There was nothing of concern to us’

Pathologist Melanie Newbold gave her inconclusive findings, and said: ‘He was quite a small baby for his age. He had no outside injuries or marks and was perfectly normal. He had signs of a common cold, but he was well until his died.

‘Sleeping on a sofa or in a bed with adults can cause a risk but we don’t always know why. I had to record the cause of death as ascertained. There is nothing to say any of these things contributed but it could have.’

Det Insp Graham Jenkins who investigated Karson’s death said: ‘There was nothing of concern to us. I could tell it was a loving warm family address. There were lots of toys and pictures around. There was a milk bottle out of the fridge that had been put in a jug of water as described.

Recording a narrative verdict coroner Alison Mutch told Mr Hulleyd: ‘I’m sure you still think about your son every day. He was your son and it was very clear from evidence just how well loved he was and how wanted he was as a child. 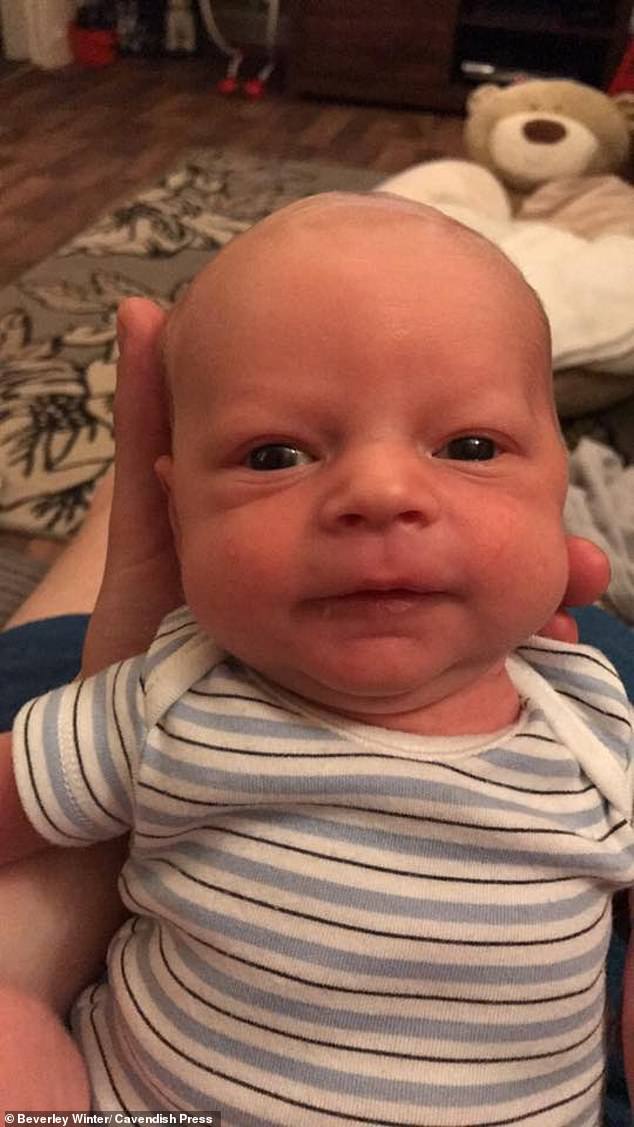 ‘I heard evidence that came from professionals about his short life. I heard about the arrangement of the cot next to the bed so that you could hear him and how there was a bottle ready in a jug in the kitchen from when he was due to be fed.

‘The pregnancy was not always an easy pregnancy. It must have been worrying at times but must have been relieved when they said that you are small so there was nothing to worry about his size.

‘You had him and took him home. Like all young babies he woke up at times but you were looking after him well. He seemed to enjoy his food and was getting into a pattern. 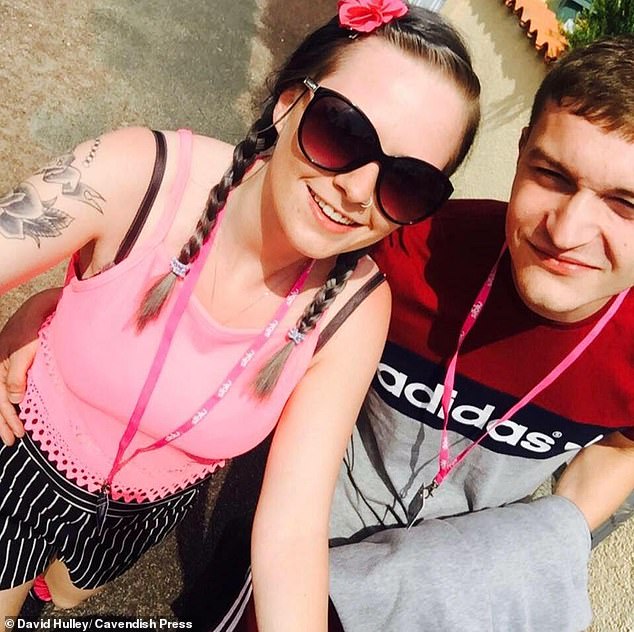 Det Insp Graham Jenkins added: ‘Like all young babies he woke up at times but you were looking after him well’

‘He was developing normally and the pathologist had no concerns with the stage of his development. You took him to the GP a couple of times with minor matters and the doctor gave reassurance. I am sure that if you had had any concerns leading up to his death you would have sought advice.

‘There was no concern with his death and the days leading up to his death. He had a cold but nothing to cause concern and not caused him to die. He was asleep next to you and woke up about 5:30 like most babies do wanting attention and feeding.

‘He and his dad went downstairs and dad got a bottle out of the fridge. It had to be warmed up first. He had that time whilst waiting and so was calming Karson down before his feed. He calmed down almost straight away and so dad sat down on the sofa with him and he dozed off at that point. There were no other concerns at that point. 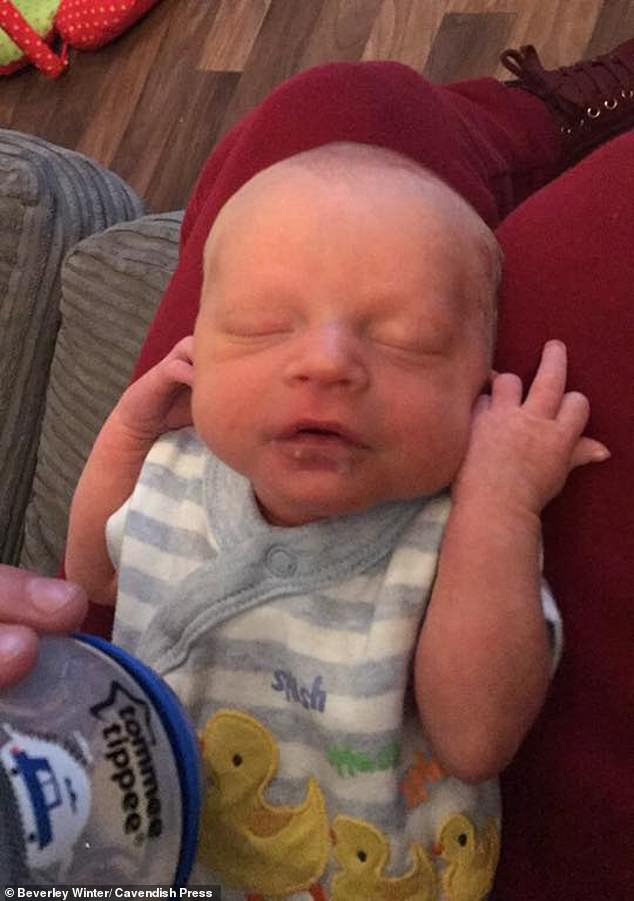 ‘The hospital did everything they could but he was already dead,’ said Mr Hulley at the hearing

‘He woke up a short time later and I’m sure that is a moment you relive from your memory. It is every parent’s worst nightmare. You had a sense of disbelief at that point but you knew something was wrong straight away.

‘You went upstairs to see his mum and called emergency services. Paramedics came and transferred him to hospital. The hospital did everything they could but he was already dead. This was on 24th June. I heard that there were no suspicious circumstances and the pathologist was not able to give a full reason about how he died. There was nothing suspicious about his death or no one else was involved.

‘Tragically, particularly in children under 12 months, this can be common. There is a percentage of children that die suddenly and unexpectedly which they have not found tests for yet. The pathologist had to say the cause of death was ascertained.

‘Karson died of a short and sudden death with no explanation which is a risk in young babies and children. It is a very tragic thing to lose a child in this circumstance. Some babies do die unexpectedly and no one is to blame for it. I am sorry you have lost your son as a result of that.’