Heather Mack, the American woman convicted of murdering her mother during a 2014 vacation to Bali then stuffing her corpse in a suitcase, received a Christmas Day visit from her own daughter in the Indonesian prison where she is locked up.

Mack, 21, and her ex-boyfriend Tommy Schaefer, who is also behind bars at the same facility, are no longer together but they relished the opportunity for some quality time with their two-year-old Stella on Monday at Kerobokan Prison.

It was not Stella’s first time to the correctional facility.

She lived there until March this year when, once she turned two, Heather was forced to turn her over to a foster family.

Mack was pregnant when she and Schaefer plotted to kill Mack’s mother, Sheila von Wiese-Mack, in 2014.

Heather Mack receives a visit from her two-year-old daughter Stella at Bali’s Kerobokan Prison on Christmas Day. Heather’s lesbian lover Rafael is pictured to the right of her in a brown shirt 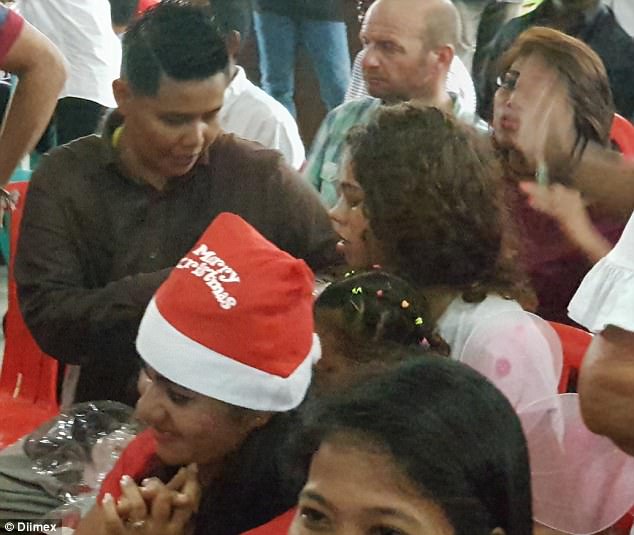 Happy family: Rafael watches on as Heather cradles two-year-old Stella who was brought in by her foster family

She was born as her mother stood trial for her own mother’s murder the following year and was handed over to an Indonesian foster family in March when she turned two.

On Monday,  she was dressed festively in a tutu and some fairy wings.

Schaefer and Mack took turns holding Stella, who is being cared for locally.

She sat on her mother’s lap in a crowded room for part of the visit. Rafael, her lesbian lover, looked on closely. 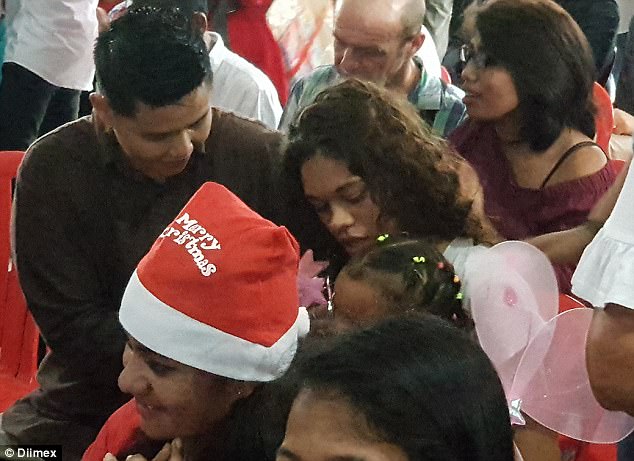 Mack, who gave birth in custody while awaiting trial, was pleased with the festive visit 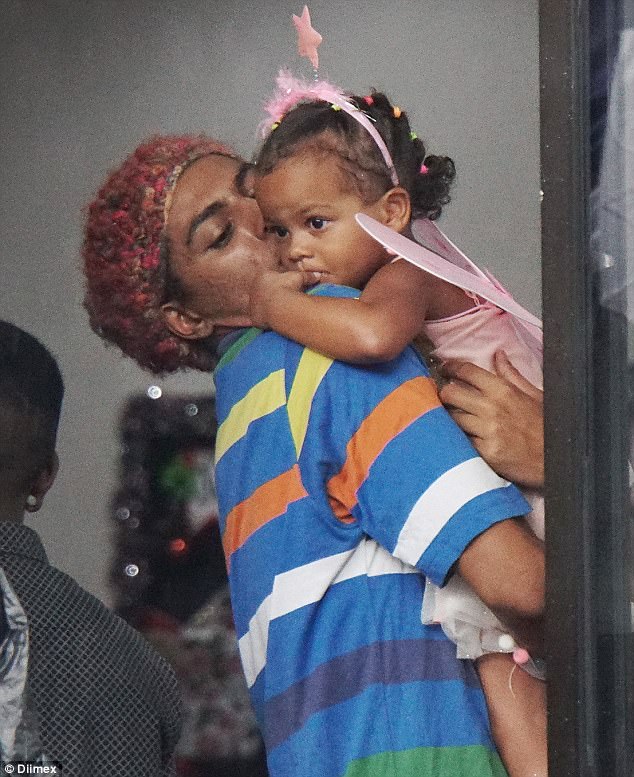 Daddy’s girl: Stella was at home in her father Tommy Schaefer’s arms, relaxing in to his embrace as he held her 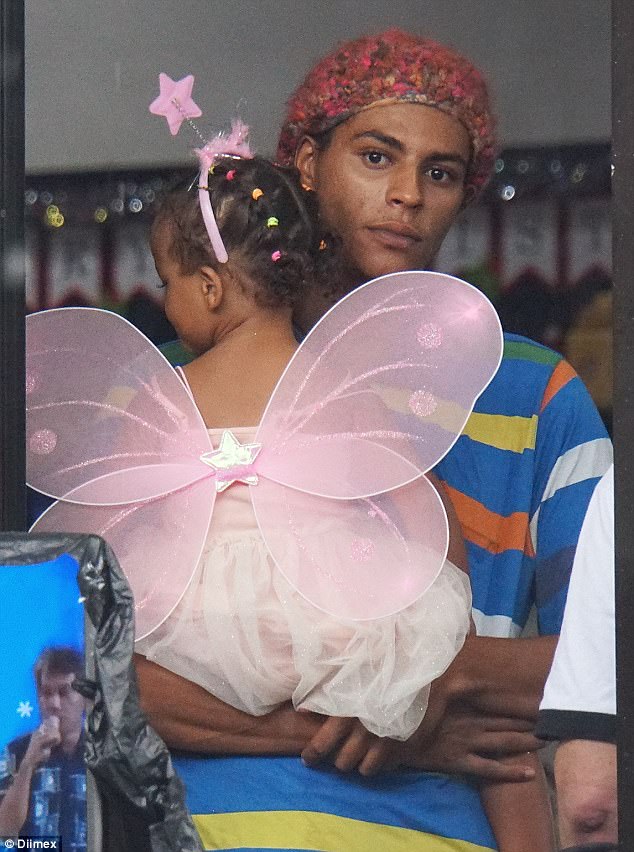 Stella’s father Tommy Schaefer spent some time with her alone. He is serving 18 years 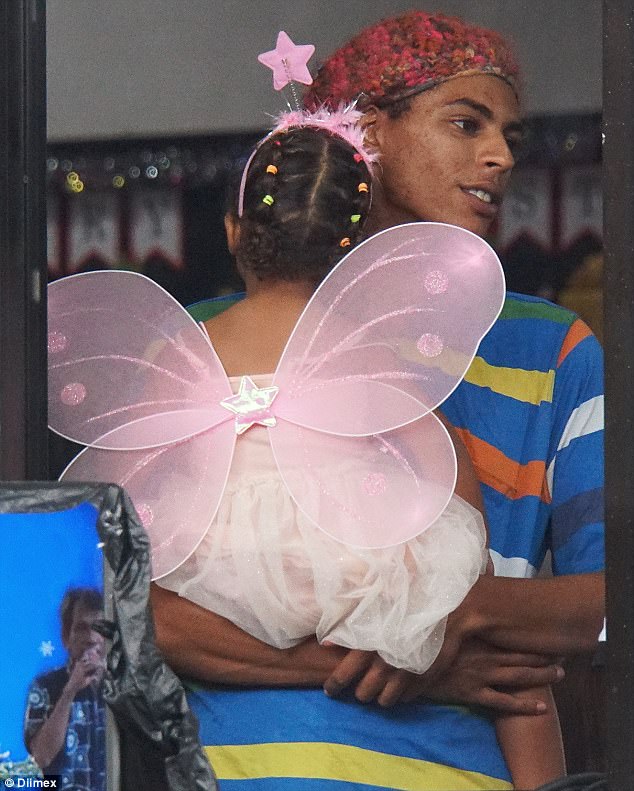 The visit is one of many she will no doubt make in her childhood. Mack is serving a 10 year sentence for her mother’s murder.

Despite her maternal display on Monday, insiders say Mack has been living it up behind bars since Stella was taken away.

She spends her days taking drugs and lying in bed with her lesbian lover Rafael, according to insiders.

Mack has access to social media and regularly shares photographs of their life on the inside. Schaefer is disheartened by her behavior.

The pair were teenagers when they killed Sheila in their hotel room at the St. Regis in Nusa Dua. 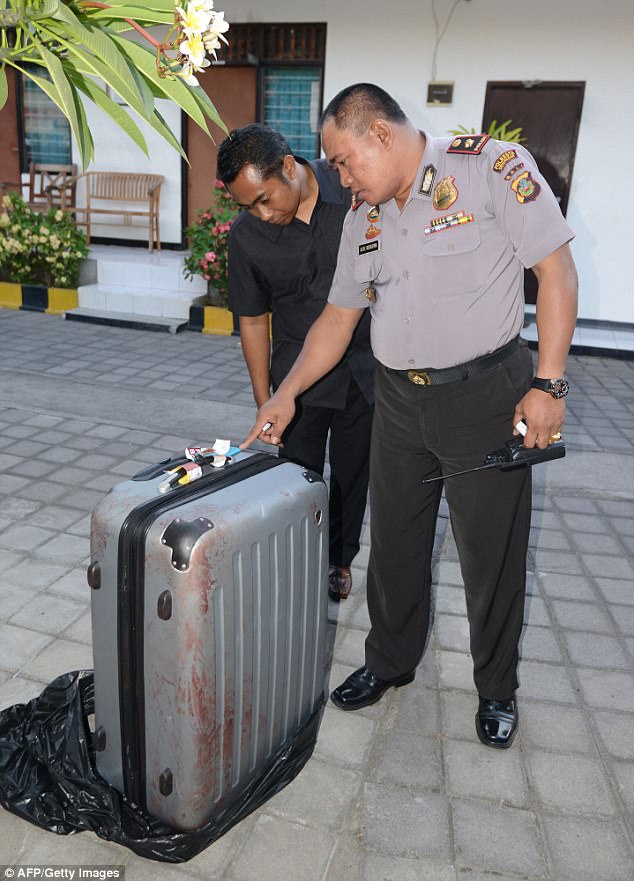 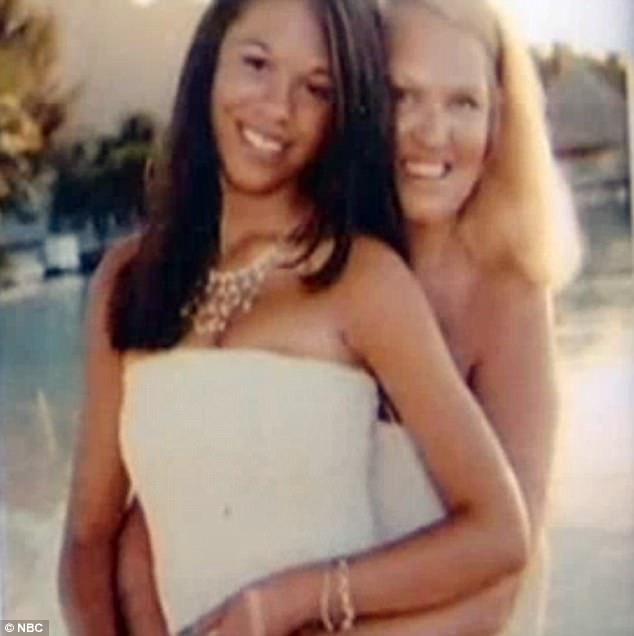 They then put her body in a suitcase and left it in the hotel for staff to find.

Heather denied the killing but, in February, made a bombshell confession in a YouTube video.

In it, she claimed to have killed her mother herself then ordered Schaefer to help her dispose of her body.

Mack later retracted the videos and said she made them under duress from Tommy.

Her maternal uncle previously told DailyMail.com how she was indifferent about Stella being taken away from her. 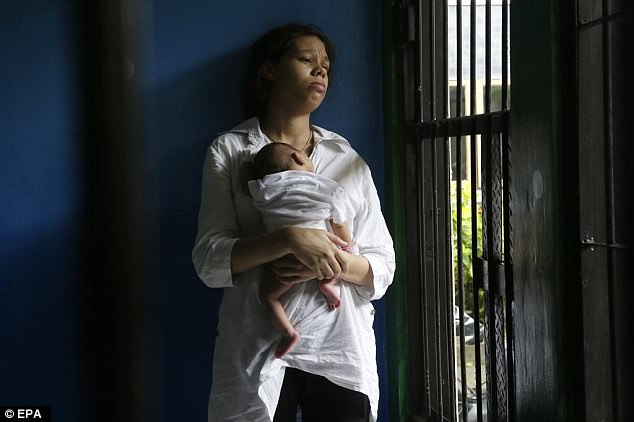 Mack gave birth to baby Stella in 2015 while awaiting trial. She was forced to hand her over to an Indonesian foster family in March 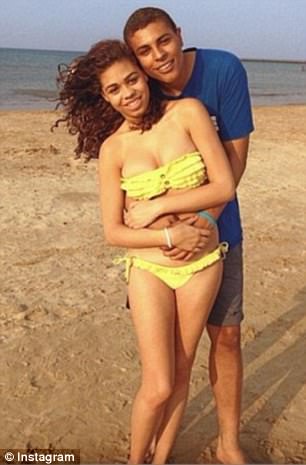 ‘I’ve seen many pictures and videos that Heather posts on social media showing the partying, drinking and going out to restaurants. I do not understand how this happens in prison.

‘It’s just crazy, it’s like she’s dancing on Sheila’s grave, she doesn’t show any remorse at all.

‘It’s very sad and we’ve been very frustrated by her. We would like to see her receive justice someday as I do not believe she has received any meaningful justice in Indonesia.

‘At least Tommy has shown some remorse for the brutal murder of Sheila, and accepted some responsibility,’ he added.

In her February video, Mack made the bizarre claim that she wanted her mother killed as revenge for her father’s death in 2006 which she said her mother was responsible for.

She later retracted the claim that Tommy was innocent. 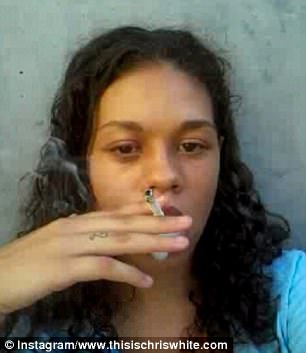 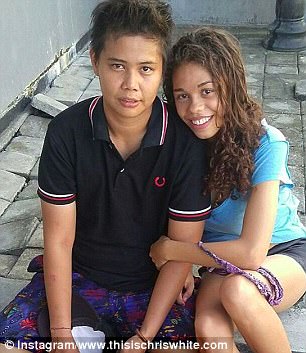