AFL fanatic, 68, duped her friends into loaning her over $1.1M before blowing the money in Crown Casino’s exclusive ‘Black Room’ for high-rollers

An AFL tragic duped friends into giving her millions of dollars before blowing the money in an exclusive, high-roller gaming room hidden from the public.

Maureen Johnston, 68, was handed a five-and-a-half year jail sentence after scamming victims of more than $1 million.

The Herald Sun reported Johnston used part of the money to join the ‘secret’ Crown Casino club known as the ‘Black Room’ in Melbourne.

Mystery surrounds the elusive invitation-only club, but it is known the high-roller members have to spend a minimum of $120,000 a year to access the perks.

Maureen Johnston, 68, used part of the money from the scam to join the secret Crown Casino (pictured) club known as the ‘Black Room’ 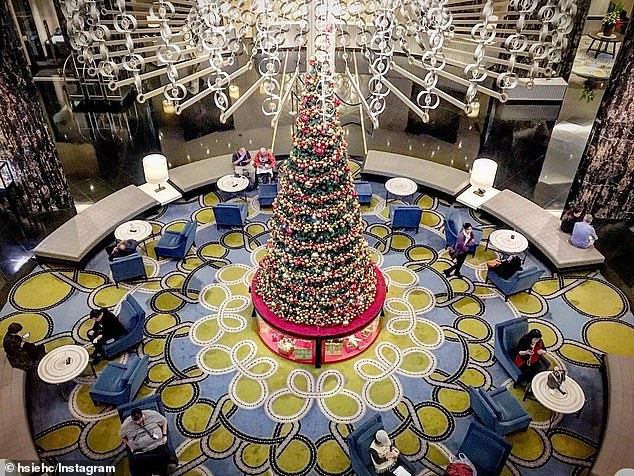 The ‘Black Room’ is the top tier in the Mahogany Room with platinum, gold, silver and bronze coming afterwards (stock photo)

The ‘Black Room’ is the top tier in the Mahogany Room club, with platinum, gold, silver and bronze coming afterwards.

Reports suggest the Mahogany Room attracts some of the wealthiest internationals, such as Vietnamese-born suspected drug trafficker Pete Hoang.

The affluent man had gambled close to $1 billion before he was arrested in the club’s bathroom and charged with money laundering.

Two years later he was gunned down.

Sources told the news outlet Johnston lived the high life and drank and ate for free, accessed exclusive clubs in the casino and capitalised on member-only concierge services.

Johnston managed to prop her lavish lifestyle on fake investment schemes and seemed to have no issue on who she targeted.

From friends, to a fellow cancer patient to even her cleaning lady, nobody was safe from Johnston’s deception.

She is also a die-hard fan of AFL team Collingwood.

Johnston managed to trick her victims into fake schemes such as fictitious property investment opportunities in Australia and overseas, promising large returns for their loyalty. 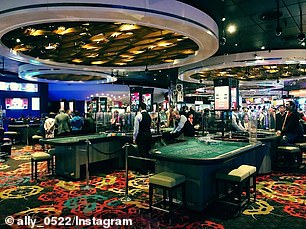 Mystery surrounds the elusive invitation-only club, but it is known the high-roller members  have to spend a minimum $60,000 every six months to access the perks (stock photo)

One retiree was fleeced of his entire life savings. Now down $820,000 he has to now live off a pension.

All the $1,132,500 she stole was used to pay off debts and prop up her gambling addiction, the Herald Sun reported.

‘You exploited your cleaning lady and her daughter, you befriended a vulnerable patient in the same hospital where you were being treated, you took money from people knowing their resources were being exhausted, making promises to them knowing they were false,’ she said.

Johnston will be up for parole in two years. 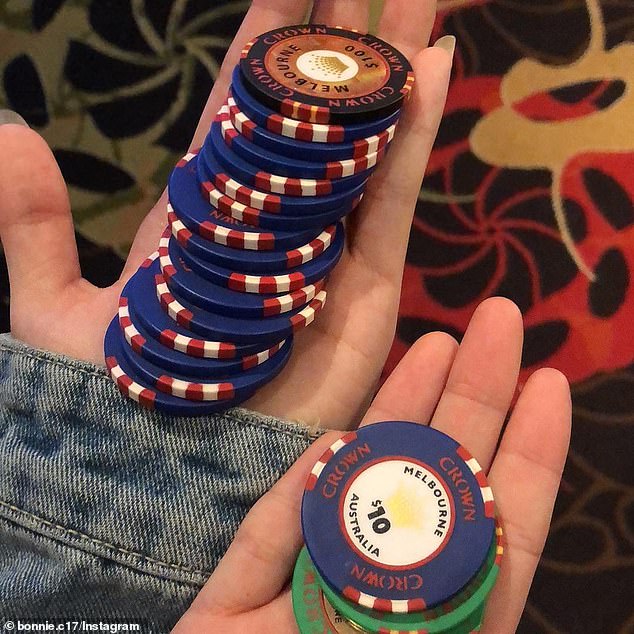 Reports suggest the Mahogany Room attracts some of the wealthiest internationals, such as Vietnamese-born and suspected drug trafficker Pete Hoang (stock photo)