Disturbing footage has emerged of two neighbours trading blows in a wild brawl in a until one is knocked out cold while his child watches on screaming in distress.

The brawl unfolded in the middle of the day in Hillside in Melbourne’s outer-west after one man accused his shirtless neighbour of threatening his children.

The neighbour then shouted at the shirtless man to get off his property.

‘Come over here and watch what I do to you’, he yelled.

A woman can be heard screaming hysterically from across the road as a child dressed in only their underwear tried to desperately pull the shirtless man away. 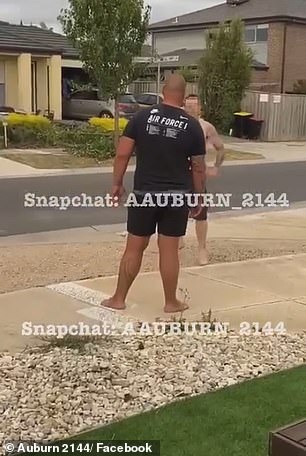 Neighbours could be heard screaming for the child’s safety as the mother grabbed the man and pulled him back to their garage across the road with their child in tow.

The child could then be heard screaming ‘stay away’ to the neighbours, while her mother grappled with the tattooed man as he tried to grab a chainsaw.

‘Look at your kid! Watch out for the kid!’ one person could be heard yelling.

After more words were exchanged the came to blows in front of an oncoming vehicle and ended up sprawled on the footpath.

The shirtless man was repeatedly punched in the head and torso by his neighbour, leaving him knocked out in the dirt. 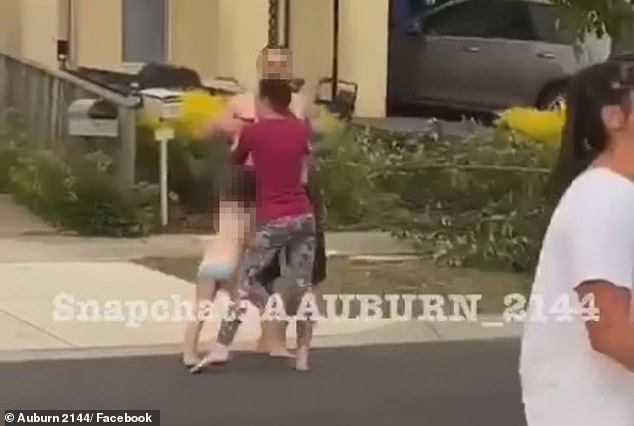 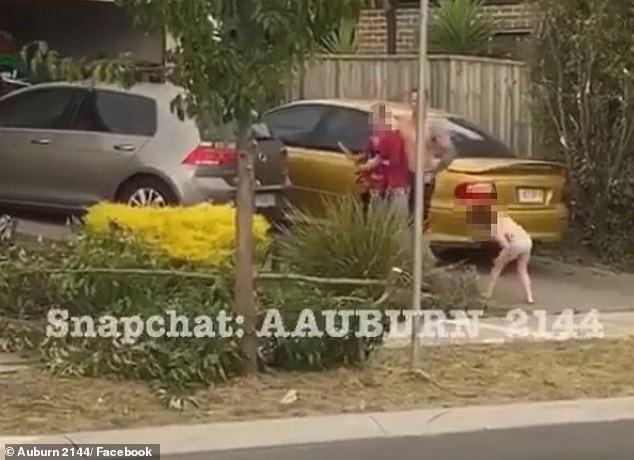 The child screams ‘stay away’ to the neighbours, while her mother grabs a chainsaw as the tattooed man tries to reach for it (pictured)

Onlookers can be heard screaming as the neighbour walks back across the road, calling the tattooed man a ‘d**khead’.

The video has now gone viral, with viewers shocked by the brawl.

‘Would have been better to walk away and be the bigger man’, one wrote on Facebook.

‘Poor kids to see her dad lying on the floor there’, another wrote.

‘Disgusting, I feel sorry for the child!’ one said. 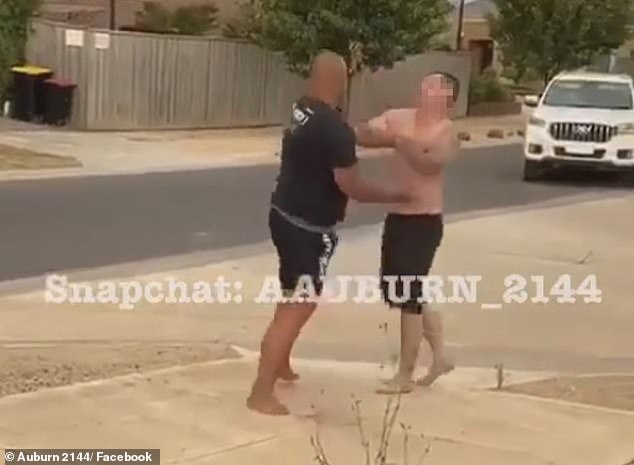 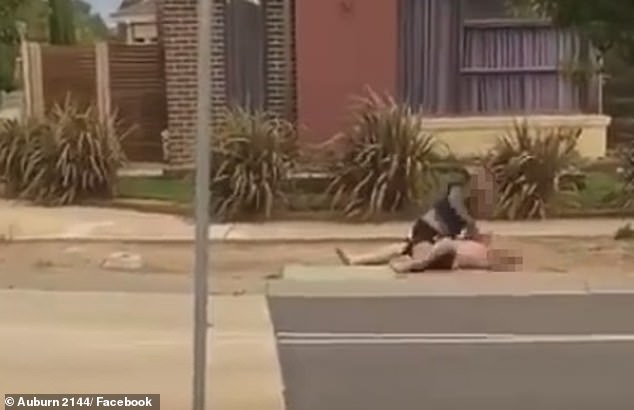 The shirtless man was repeatedly punched in the head and torso by his neighbour, leaving him knocked out in the dirt