Chilling CCTV has revealed the moment two hitmen disguised as a policeman and a doctor casually strolled into a hospital in Ecuador before gunning down a suspected cartel member who had survived an earlier jailhouse assassination.

Alex Lugo Saltos, 33, was recovering from surgery to remove bullets from his back and leg at Delfina Torres hospital in the city of Esmeraldas last week when the execution was carried out.

Video shows his killers – one wearing a fluorescent police vest and the other in a white doctor’s coat – walking into the hospital and strolling past the front desk on their way to his bedside. 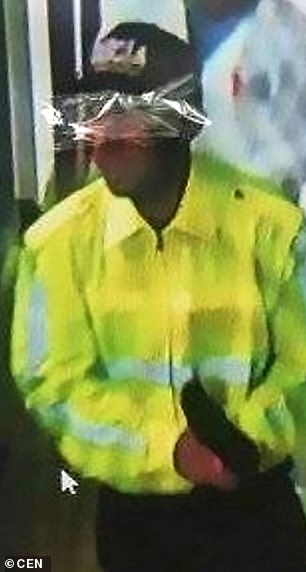 Two hitmen have been arrested in Ecuador after strolling into a hospital dressed as a doctor (left) and a policeman (right) and shooting dead suspected gangster Alex Lugo Saltos, 33 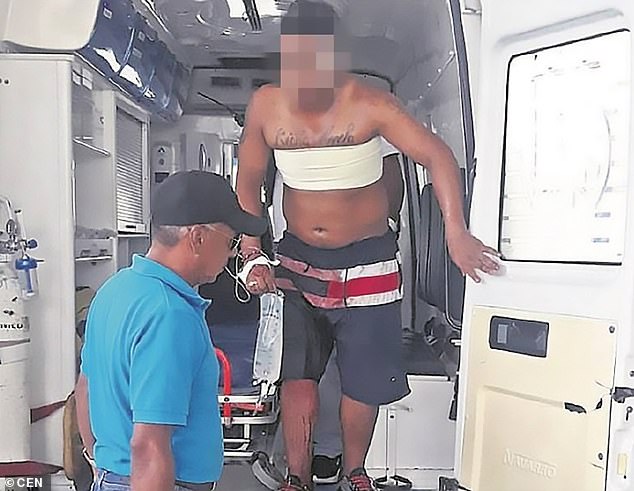 They then make their way upstairs, accompanied by an actual police officer, where they find the ward where Saltos is being kept.

Once there, one of the men suddenly pulls out his weapon, ordering the real officer to hand over his pistol before he flees.

With both of the men armed, they force another security guard in the corridor to the floor at gunpoint before entering Saltos’s room.

Once inside they force another security guard to get down, before finding Saltos and killing him.

Video taken from the hallway reveals the moment they opened fire, sending nurses fleeing in panic. 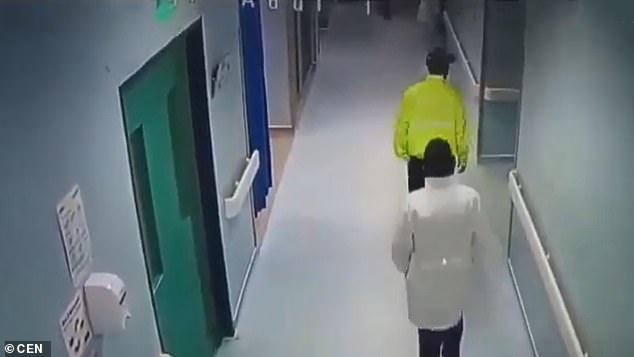 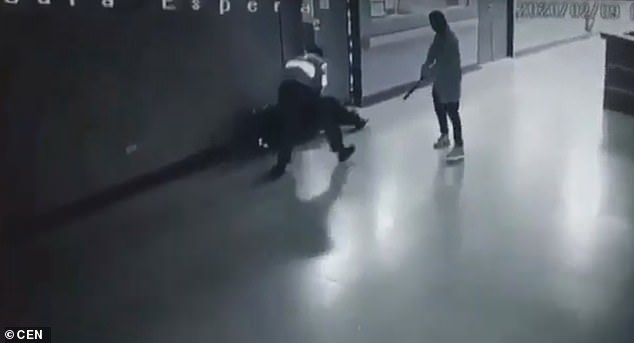 The men – identified only by their initials L.A.G.P and J.E.S – took a police officer’s gun, wrangled two security guards to the floor (pictured) then shot Saltos in his bed

The hit came after suspected gangster Saltos – who was serving a 26-year sentence for murder – had been shot twice by his cellmate but survived.

Two suspects, identified by the initials L.A.G.P and J.E.S, were arrested on Sunday. They are being held in police custody.

According to official sources, J.E.S was arrested also in 2016 for homicide. L.A.G.P. was arrested in 2015 for illegal weapons possession.

Police seized two submachine guns and a gun believed to be the one stolen from the police officer.

According to local media, the murder of the prisoner could be linked with a war between rival gangs Los Choneros and Los Lagartos.