Holidaymakers face another 24 hours of Alicante airport chaos as a storm sweeps in – four days after a roof fire caused a string of cancellations and delays.

The Balearic Islands and Costa Blanca have been put on red alert for the storm. 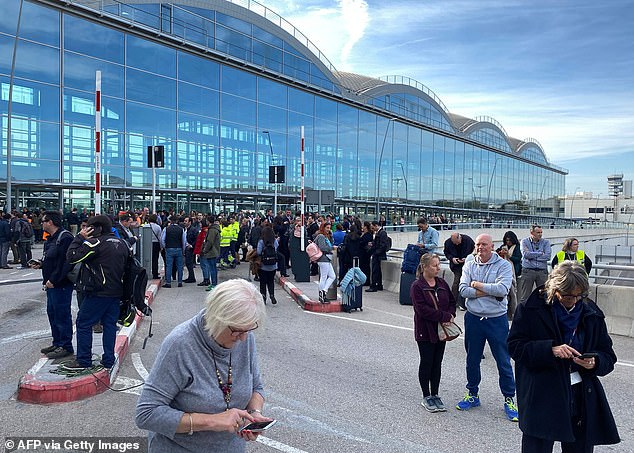 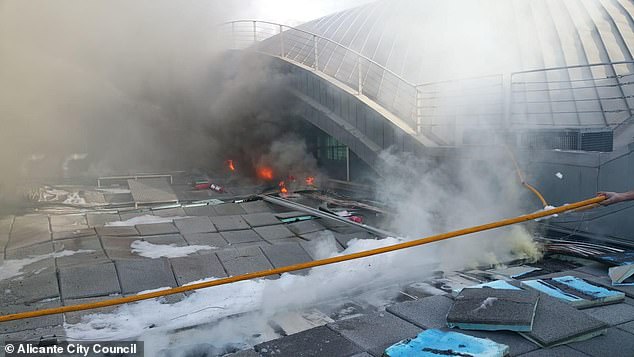 Explaining the closure, a spokesman for airport operator AENA said: ‘Because of Storm Gloria, which has led to the Spanish State Meteorological Agency AEMET declaring a red alert for rain and winds in the Valencian Community, Alicante-Elche Airport is extending the security measures linked to the fire.

‘It won’t admit any air traffic from 1pm Sunday to 1pm Monday. The measure is being taken due to the effects that the storm could have on the areas affected by the fire last week.’

Flights have been cancelled to destinations across the UK including Newcastle, Leeds and Liverpool. Scheduled flights for Madrid, Dublin, Moscow and other major cities have also been cancelled.

Ryanair has told affected customers to look out for emails or texts in regards to their scheduled flight over the coming days. 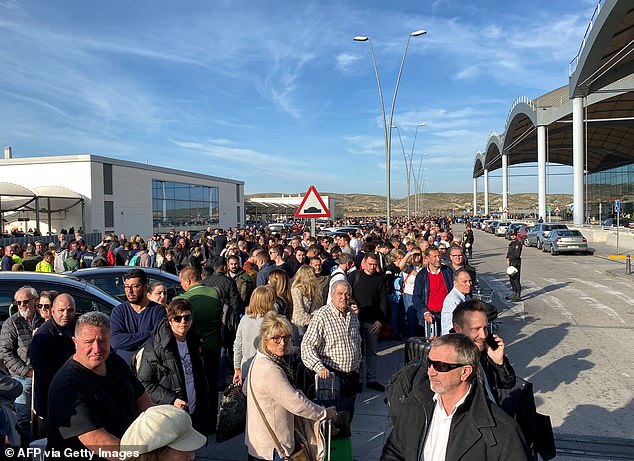 A large group of tourists pictured outside the airport on Wednesday, after a fire broke out on the roof

Officials are urging people to stay away from the airport and contact their airlines for information on their flights.

Valencia and Murcia airports are expected to be used as alternatives where possible.

Tourists were pictured being evacuated from the airport on Wednesday as fire ripped through part of the roof.