And on Wednesday, the duo again insisted they had suffered through a heavy night at the awards ceremony as they joked on the show about mixing drinks – however fans were not convinced due to Holly’s extremely fresh-faced appearance.

Taking to social media, This Morning viewers noted that Holly looked totally fresh-faced in a stunning snap just moments before appearing on the show.

After Holly shared the snap snap, fans wrote: ‘Gutted wanted to see you and Phil smashed on tele again… I was expecting to see a repeat of last year… Aww no drunken shenanigans I’m a tad disappointed.’

Fans continued their bewildered response, as they penned: ‘I’m surprised you’re not hungover… Wooooo you’re there in one piece!!! excited for today’s show…

In the glowing shot, she clutched their award for Best Daytime show – the accolade they have now won for the tenth year in a row.

Having wowed in a frothy gown the night before, Holly was sporting an elegant tea dress in the morning while her hair was flawlessly coiffed. 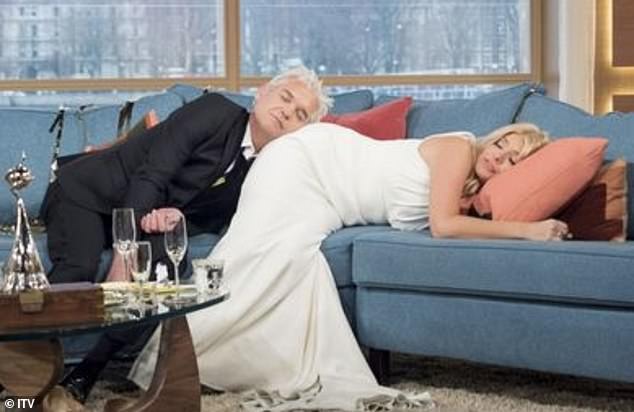 Ahead of the show kicking off, Lorraine teased the upcoming show and showed a table laden with bottles before assuring viewers: ‘I’m sure they’ll turn up!’

Last year, Holly and Phillip were very hungover on This Morning after the awards, with a green-looking Phillip almost vomiting into his helmet.

The co-hosts turned up to work on motorbikes, driving directly into the studio after beating the likes of GMB to Best Daytime show.

Earlier, the pair failed to show their faces on the screen as they reached for the aspirin, during a teaser, with a tagline reading: ‘We’re live at 10.30, hopefully.’

The duo are now infamous for presenting the following morning’s edition of This Morning in a hilarious and hungover state – yet Wednesday was a change. 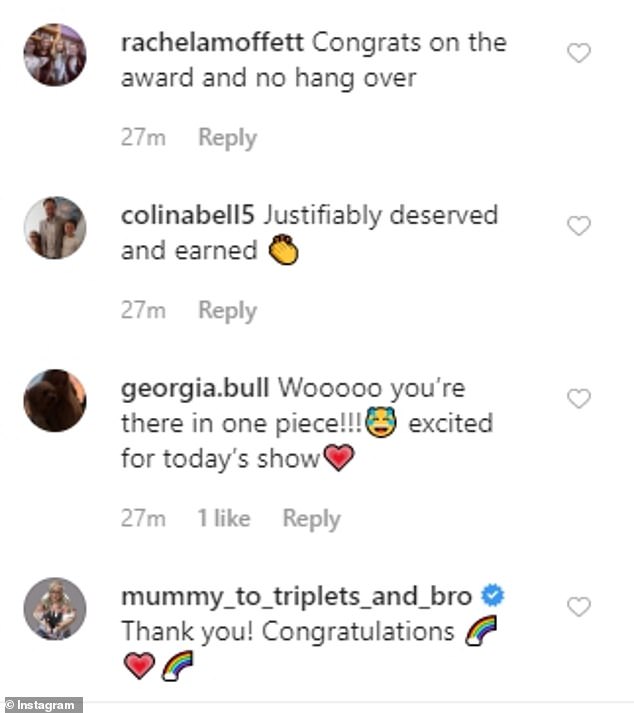 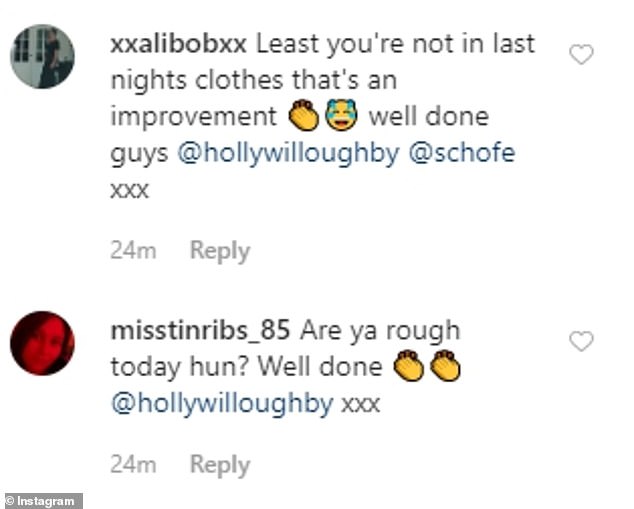