Homeless man’s distress after yob urinated on his bedding

A ‘cruel’ arsonist who urinated on a homeless man’s possessions before she and a friend set them on fire was jailed today as their victim told of his distress.

Shocking CCTV footage showed the pair talking to Roy Ransom, who had been sleeping rough outside shops on a high street in Portsmouth, Hampshire, before Nicola King urinated on his bedding.

King, 23, then gave a lighter to her friend, Jerely Evans, who set fire to Mr Ransom’s belongings, destroying ‘literally everything he owns’.

The pair could then be seen on the footage walking away laughing as smoke started to billow from the bedding.

In a statement read to the court, Mr Ransom said: ‘I’m homeless, everything I own was in the doorway and now most of it is gone. I can’t stress how how gutted and sad I am for this loss. I have literally lost everything I own, I have no bedding, blankets, all of it has been destroyed.’ 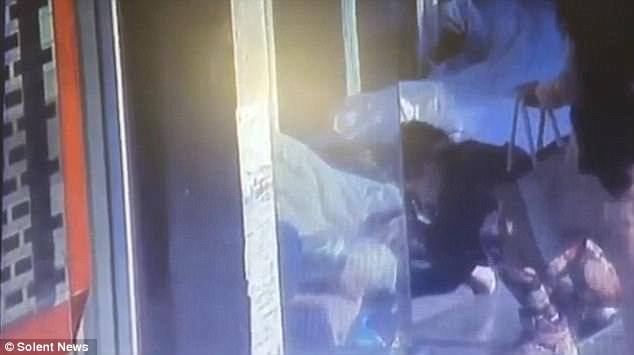 Shocking CCTV footage showed the pair talking to Roy Ransom, who had been sleeping rough outside shops on a high street in Portsmouth before Nicola King urinated on his bedding

Jailing King for four months, District Judge Anthony Calloway branded her ‘cruel’ for her part in the arson.

Portsmouth Magistrates’ Court heard the pair had initially been ‘nice’ to Mr Ransom and gave him £5 for a drink, but soon became rude and he walked away from them. 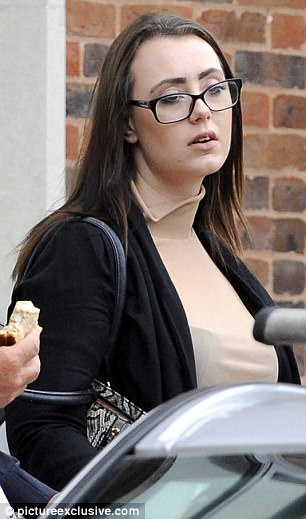 CCTV played in court showed Evans, 25, trying for several minutes to set light to the bedding using a lighter on April 9 this year, while King watched on and held her bag.

After setting fire to the possessions, the women were then seen walking away laughing together. The court heard King also urinated on Mr Ransom’s bedding.

Evans and King admitted arson. Evans was also jailed for four months at an earlier hearing.

The court heard King has a low IQ of 55, falling close to the level where she would not be fit to plead. Lian Webster-Martin, defending, said her client was isolated and vulnerable herself.

Addressing King, who wept in the dock, judge Mr Callaway said: ‘You and the co-defendant both approached Mr Ransom.

‘As far as the arson is concerned it’s perfectly obvious to me that both of you, both of you, have perpetrated that cruel act on a vulnerable, isolated gentleman.’