By Rosie Taylor for the Daily Mail

Patients are eating hospital food which was cooked up to a year earlier, frozen and shipped as far as 650 miles away, it has been revealed.

Around a fifth of all hot meals served at NHS hospitals are made at just one factory in Wiltshire, owned by private firm Apetito.

Every day, patients at around 430 hospitals – from Plymouth in Devon to Wick in northern Scotland – are served 46,000 reheated ready meals which were originally cooked in Apetito’s mass-production kitchen and then stored in freezers.

Patients are eating hospital food which was cooked up to a year earlier, frozen and shipped as far as 650 miles away, it has been revealed (stock image)

It is thought just over half of the NHS’s hot food is bought in from external suppliers as ready meals.

Questions have been raised about the reliance on mass-produced food since a listeria outbreak in May, linked to pre-packed sandwiches and salads, killed five patients.

But Apetito chief executive Paul Freeston said public perception of mass-produced frozen food was ‘outdated’, claiming it was safer than fresh food because it could be tested for bacteria before it was served.

As well as cooking food on site, Apetito buys in various pre-chopped vegetables and some pre-cooked products, such as omelettes, sausages and roast pork, which are added into meals sold to hospitals.

Unlike fresh food which must be eaten quickly, the frozen food is held in quarantine while samples from each batch are laboratory-tested.

Once results come back, meals are stored for an average of two months in a giant cold storage hangar near Bristol, before being delivered. Allergen-free varieties may be kept for up to a year before they are served. 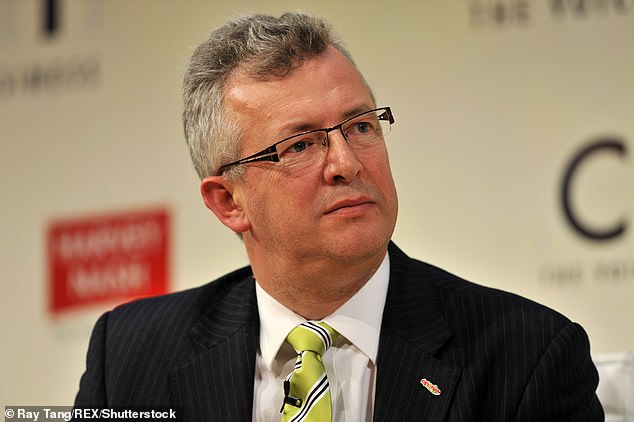 At hospitals, the meals are cooked directly from frozen in heated trolleys before being served.

Mr Freeston said: ‘There’s a myth that food would be much better if it’s made in a hospital by a chef. But in a big hospital, the kitchen can be half a mile from some of the wards. By the time the food has got to the ward it has deteriorated.’

But Kath Dalmeny, of the Campaign for Better Hospital Food, run by the charity Sustain, said half of hospitals still failed to comply with basic food standards.

‘The best hospitals prioritise fresh, healthy, sustainable and appetising meals, served in a compassionate way to help those with physical difficulties,’ she said.

The average daily spend on food per inpatient in England is £11.41 per day. The NHS spends £80million a year on ready meals, compared with £70million on serving up its own hot food.