How can eating frozen fruit cause hepatitis A?

Seven people in New South Wales have been diagnosed with hepatitis A after eating imported frozen pomegranate seeds from Coles.

Although still under investigation, the company responsible for production recalled the implicated product as a precaution.

Around 40,000 packs of Creative Gourmet Frozen Pomegranate Arils have been sold since hitting the shelves in September 2017.

NSW Health is advising consumers to immediately dispose of any in their possession.

Benjamin Cowie and Nicole Romero, from The Peter Doherty Institute for Infection and Immunity in Melbourne, explain in a piece for The Conversation how the dangerous infection was able to lurk in the frozen pomegranate seeds.

NSW Health has issued a warning after concerns a frozen pomegranate, believed to be from Coles, is the source of seven hepatitis A cases in New South Wales (stock image)

What is hepatitis A?

Hepatitis A is a virus that infects the liver. Symptoms usually take 15-50 days to develop after initial infection and typically last for several weeks or sometimes longer.

Symptoms can range from fever, weakness, tiredness, loss of appetite, nausea, muscle aches, vomiting and jaundice (yellow discolouration of the eyes and skin).

Sometimes there are no symptoms, particularly among young children.

Liver failure and death from hepatitis A are very rare but occasionally occur among those with existing chronic health conditions, especially those that affect the liver.

Hepatitis A vaccination is recommended for those living with hepatitis B and C.

Hepatitis A is spread when a person ingests faecal matter from an infected person.

This can occur through person-to-person contact (including through sexual or even seemingly trivial household contact), or consumption of contaminated food and water.

Hepatitis A is quite an infectious virus. Only microscopic amounts of poo are needed to infect people and cause symptoms.

People living in the same house with a person with hepatitis A have an increased risk of acquiring hepatitis A unless receiving preventive interventions. 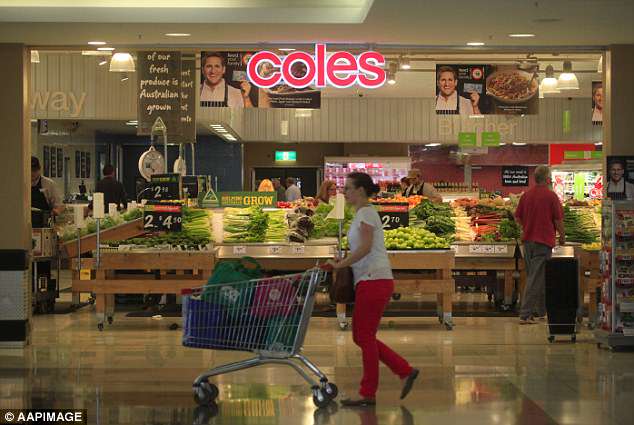 The virus can survive on hands and other surfaces such as cooking utensils and plates for hours.

So it’s important to ensure that infected people properly wash their hands after using the toilet, and completely avoid handling food.

Hepatitis A infections occur infrequently in Australia, with the number of cases detected dropping profoundly in the last 20 years.

Most infections are in people who have travelled in countries where hepatitis A transmission is common due to poor sanitation and lack of access to safe water.

When outbreaks occur, they are due to contaminated foods, as we saw with the frozen pomegranate seeds, or person-to-person transmission.

This is the case for the current outbreak in Victoria, which has predominantly been spread between sexual partners, although other routes of transmission have also occurred.

Although hepatitis A can cause significant illness, the body usually recovers without treatment and becomes immune to future infections.

A highly effective hepatitis A vaccine has been available for decades, and once fully vaccinated (two vaccinations spaced at least six months apart), you’re protected for life.

Has this happened before?

Pomegranates have been linked to outbreaks internationally but not in Australia.

What is hepatitis A and how can it be treated?

Hepatitis A is a viral liver disease that can have both minor and severe symptoms for the person infected.

The virus is one of the most frequent causes for foodborne infections.

The incubation period of hepatitis A is normally 14 to 28 days.

Anyone who has not been vaccinated or has never been infected with the hepatitis A virus is at risk.

Other factors that increase risk include:

There is no specific treatment for hepatitis A.

It may take some people a couple weeks to a couple months to recover from the symptoms.

Doctors recommend everyone to get a vaccination to help prevent the risk of getting infected by the virus.

Past food-related outbreaks in Australia have occurred in oysters, lettuce, semi-dried tomatoes and frozen berries.

Imported frozen berries from the same producer implicated in the pomegranate associated outbreak were recalled due to linked cases of hepatitis A in 2015 and again in 2017.

These outbreaks led to some questions regarding the screening and regulations of imported food coming into Australia and prompted new regulations by the Department of Agriculture, requiring the producer of imported berries to be declared. The Department of Agriculture and Food Standards Australia New Zealand (AFANZ) also issued guidance and recommendations to ensure industry producers are compliant with Australia’s food standards.

Why is this happening again?

Contamination of pomegranates, berries and other food products with hepatitis A can occur at several points of production, through:

Both pomegranates and berries require large amounts of water and handling for processing, so it’s not surprising these types of outbreaks have occurred in Australia and across the world.

These outbreaks tend to be reported in countries such as Australia with low rates of hepatitis A. This is because there are more susceptible people in the population who aren’t immune from natural infections earlier in life. Also, these countries tend to have better functioning surveillance systems and relatively good access to health care.

Freezing fruit does not inactivate the hepatitis A virus, which remains stable and able to cause human infections when consumed. Heat can kill the virus, however the berries need to stay heated at 85 degrees Celsius for at least one minute.

Should I be worried?

Although this imported frozen pomegranate product has been linked to hepatitis A, no fresh (or Australian-produced) pomegranate has been connected with the recent hepatitis A cases.

If you have eaten any of the implicated pomegranate seeds within the last few weeks and are experiencing any symptoms, see your doctor for a blood test and don’t forget to wash your hands.