By Jack Newman For Mailonline and Matthew Wright For Dailymail.com

Two women kayaking filmed the terrifying moment a humpback whale nearly swallowed them when it leapt out of the water and fell on their kayak.

Julie McSorley and her friend Liz Cottriel were whale watching in Avila Beach, California, on Monday afternoon, when they had the close encounter.

The pair sat in kayaks while watching the whales below the surface when they had their close call with the large mammal.

Footage taken by the duo shows the moment when they were sent flying in the air as the large whale breached the surface.

Two women kayaking in California were almost swallowed up by a humpback whale. One of the women’s phone captured the terrifying moment 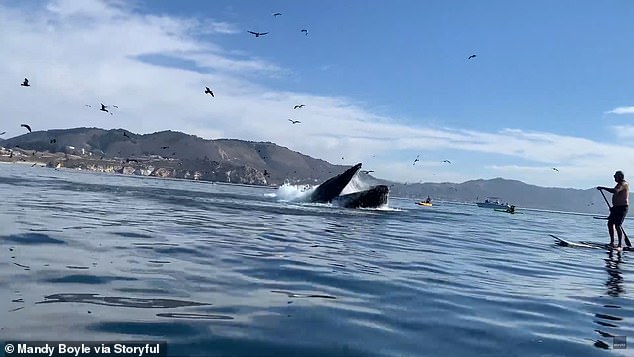 The women were left frazzled but unharmed by the close encounter 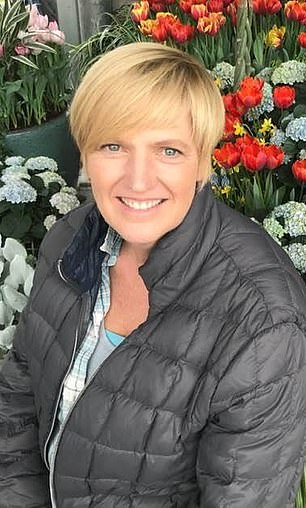 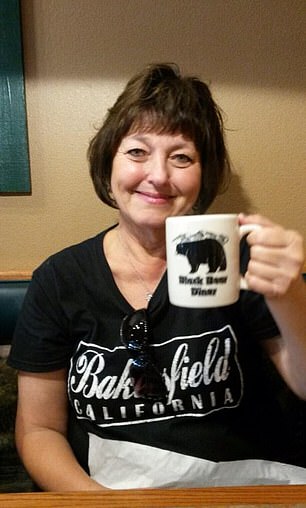 The pair’s screams are muffled as they fall into the water.

Julie McSorley was filming on her cellphone the moment they were tossed into the air.

Small fish can be seen flying around the pair, so the whale could have been trying to grab a bite to eat.

Another video, taken by a fellow whale watcher shows the hunchback whale scoop up the boat and the two friends, taking everyone by surprise. 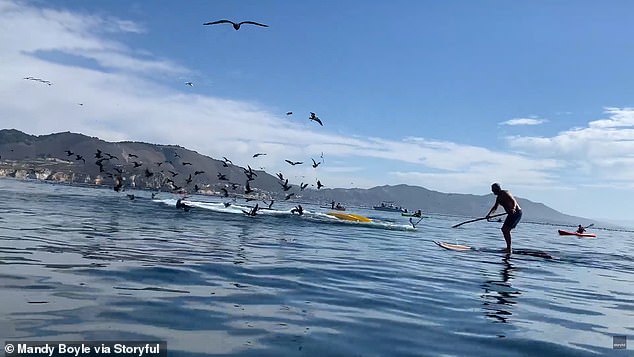 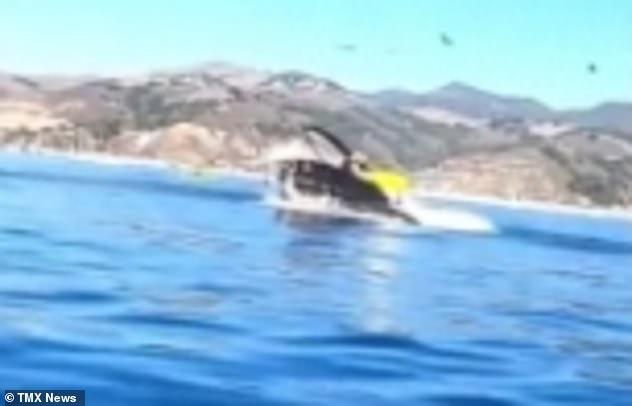 The pair were lifted into the air in the jaws of the whale but they fortunately managed to escape.

Concerned paddle boarders and kayakers quickly rushed over to help the two women. 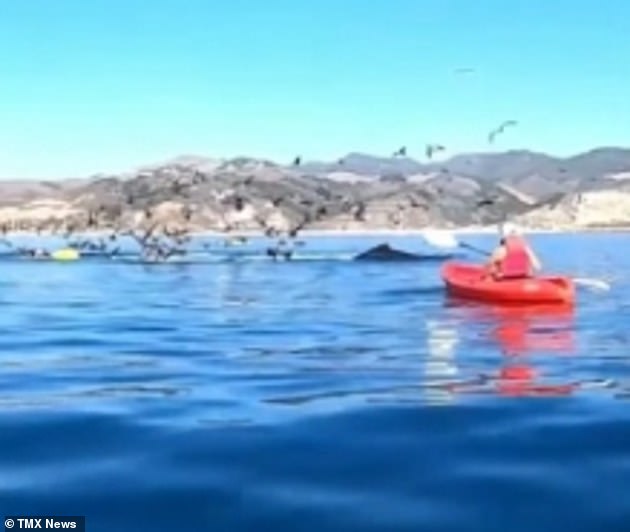 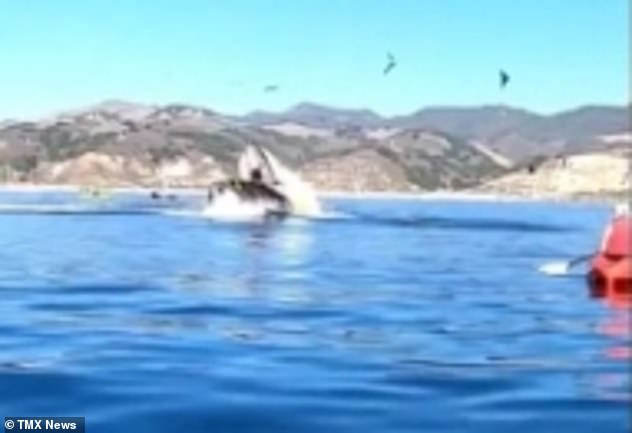 The pair managed to retrieve the kayak and ride it back to shore.

Liz said: ‘We got back to the car, I was shaking my shirt and a bunch of fish came out of my shirt.’

The only damage was Julie losing her car keys in the close call but both survived unharmed.

Liz said: ‘I was infatuated by them and in awe. But I never expected one to be right here, in my face!’