Hundreds of Britons demand the ‘right to be forgotten’ by Google

Hundreds of British politicians, celebrities and firms have demanded that Google remove search results in alleged attempts to ‘rewrite history’.

MPs, councillors and government officials have made almost 400 requests under the European ‘right to be forgotten’ law since January 2016, in what campaigners branded an ‘outrageous cover-up’.

Another 768 requests to delete links from the search engine have been made by UK public figures including celebrities, actors and academics. Companies have made 597 requests. Each request can cover multiple search results. 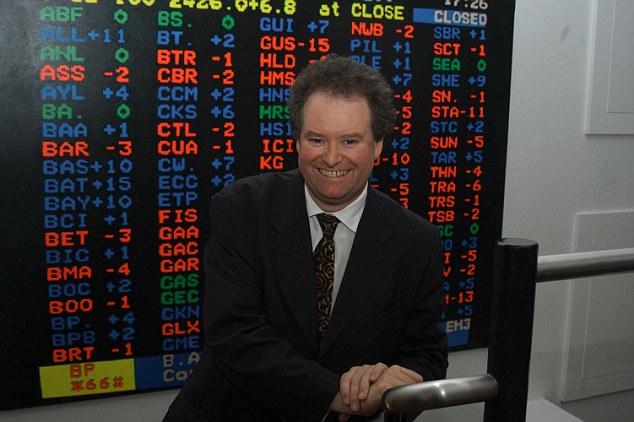 Media lawyer Mark Stephens, pictured, said the ease at which politicians can erase their past is ‘outrageous’. He said: ‘The very people who should be under the most scrutiny are applying to cover up their miscreant deeds’

In total, Google has received requests to remove 267,283 links in the UK since the controversial European ruling came into force nearly four years ago. It has deleted four in ten of these – 106,603 – including links to newspaper websites and government documents, according to its transparency report.

Media lawyer Mark Stephens, of Howard Kennedy law firm, described apparent attempts by politicians to erase their past as ‘outrageous’. He said: ‘The very people who should be under the most scrutiny are applying to cover up their miscreant deeds.

‘Crooks, brigands and politicians are seeking to hide misdeeds from the public when those are the very people whose lives need to be subject to most scrutiny.

‘It’s almost tantamount to deception or rewriting history.’ Killers, terrorists, sex offenders and fraudsters are also among those asking for deletions in an attempt to hide their past.

One in four requests in the UK related to news articles. Daily Mail reports published online had the fourth most links deleted, after electoral roll site 192.com, Twitter and Facebook.

Google has given millions to European think-tanks in a bid to influence regulations which affect the company, a watchdog claims.

Those who have received money from the firm are said to have staged events which allowed Google executives to rub shoulders with policymakers, The Times reported.

US watchdog the Campaign for Accountability (CfA) found that the Research Alliance for a Digital Economy (Readie), based in London, received hefty funding from the search engine.

All of Readie’s papers depicted Google in a favourable light, according to the CfA. It said: ‘Regulators need to be aware that a good deal of the academic research defending the company is written by Google-funded institutions.’

Half of Readie’s funding comes from Google, the other half from a foundation called Nesta.

Geoff Mulgan, chief of Nesta, said: ‘Nesta is not beholden to any government, company or foundation.’ A spokesman for Google said: ‘We’re happy to support researchers and help amplify voices that support the principles of an open internet.’ Readie was contacted for comment.

Google deleted 481 links from 1,830 requests about the Mail, including a May 2009 article describing the sordid captivity in which Josef Fritzl kept his family.

Another Mail story removed from Google concerned Ronald Castree, 61, a paedophile who abducted an 11-year old girl before abusing and murdering her.

The European Court of Justice ruled in May 2014 that Google must remove links to sites with content that is ‘inadequate, irrelevant or no longer relevant’.

In total, Google has been asked to remove 2.4million web links across Europe and it has had to axe 900,665 of them.

Among those who had links deleted was a bank clerk who had reports about him stealing cash from pensioners removed.

In another case, links to photos of a celebrity’s spouse, who has a current public life, posing nude several decades ago, were erased.

It comes as Google battles in the English courts against a businessman it accused of trying to ‘rewrite history’ by using the rule to hide articles about his criminal past.

The man, who cannot be named for legal reasons, was jailed for ‘conspiracy to account falsely’ in the 1990s. His lawyer said yesterday the man’s conviction had been ‘spent’ and he should be ‘allowed to put the past behind him’.

But Google claimed the man still operated in the business world – and that would-be clients ‘are entitled to be able to discover the truth about the claimant’s past’.