A manhunt is underway for possible serial killers suspected of carrying out four deadly shootings in Northern California over the past year.

Authorities in San Bernardino on Tuesday asked the public for help in solving the string of shootings that left six dead in total on the city’s west side between August 2019 and January 2020.

Investigators believe the shootings were all carried out by the same gunman or gunmen.

They said its possible that the victims were known to the suspect(s), though some of the attacks appeared to be random.

Nancy Magaña was shot dead while sitting in her car outside the Delmann Heights Recreation Center with her boyfriend and five-year-old son (pictured together) on August 17. Authorities believe the same gunman who killed Magaña may also be responsible for four other shootings that occurred in the same area in the months that followed

The first incident took place on August 17, when 24-year-old middle school teacher Nancy Magaña was gunned down while sitting in her car outside the Delmann Heights Recreation Center with her boyfriend and five-year-old son. 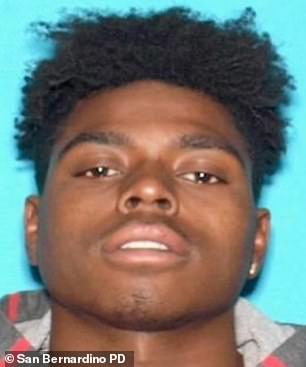 Detrell Page, 21, (pictured) was shot in the back of the head while driving with his two-year-old son on September 14

A month later, 21-year-old Detrell Page was shot in the back of the head by a fellow motorist while driving down Cajon Boulevard near the rec center on September 14.

Page’s two-year-old daughter Dekorro was killed in the car crash that unfolded immediately after her father was shot.

The second set of shootings occurred within days of each other in January.

Lemon Hamilton, 24, was found fatally shot near the corner of Meridian Avenue and Spruce Street on the morning of January 19.

A second victim, 20-year-old Jesus Valencia of Rialto, turned up at a hospital with a bullet wound from the same incident later that day.

Surveillance video showed two vehicles dropping off several men near the scene before they ambushed the two victims. 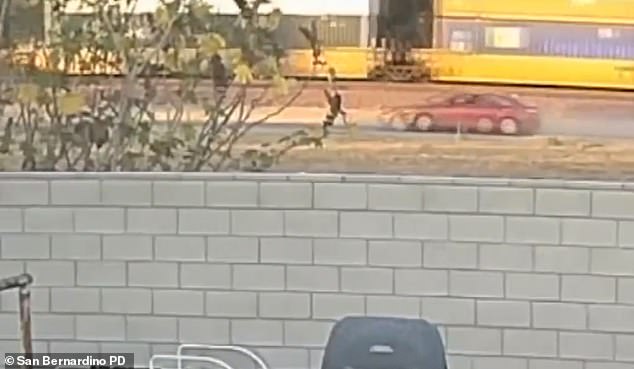 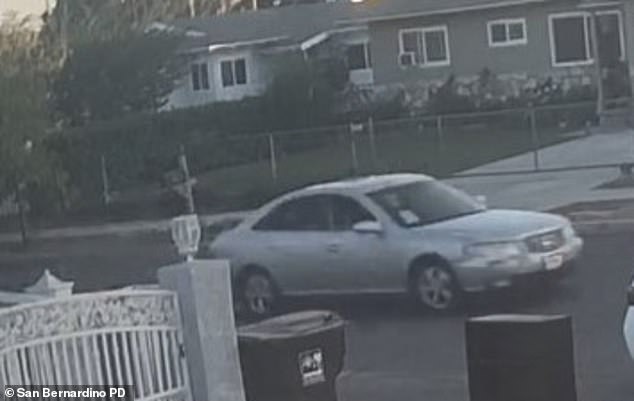 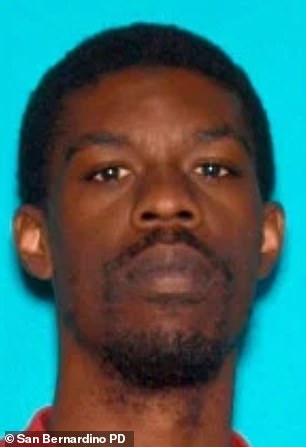 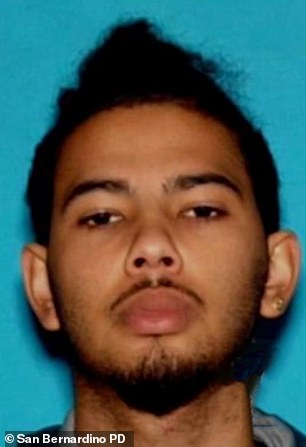 Lemon Hamilton, 24, (left) was found fatally shot on the street on January 19. Hours later Jesus Valencia, 20, (right) turned up at a hospital with a bullet wound from the same incident 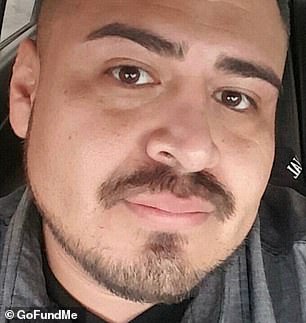 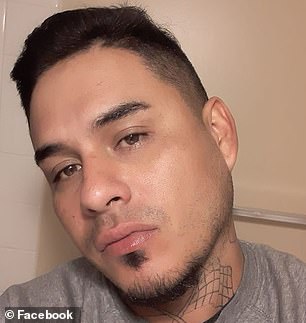 Authorities say its possible that the shootings were gang-related, as the first one took place in a ‘high gang area’.

However, Interim Police Chief Eric McBride said he isn’t ready to definitively associate the crimes with a specific gang.

‘It’s often said that 90 percent of your crime is committed by 10 percent of your population, and I think that kind of fits what’s going on here,’ McBride said at a news conference Tuesday.

The revelation that the shootings could be connected has breathed new life into the first two cases that had gone cold after months without any answers.

At the time of Magaña’s murder, family members expressed disbelief over what had happened and said they did not believe she was intentionally targeted.

‘She didn’t owe anything to anybody, so why? Why her? Why not somebody who did bad stuff?’ the victim’s sister, Maria Magaña, told KABC in August.

‘Nobody wishes anything on anybody else, but why not somebody else. Why her?

‘This came out of nowhere. It’s just that somebody walked up to her car and shot her for no reason. That’s what makes it hard — there’s no reason.’

Magaña had been sitting in their car near a park with her boyfriend next to her and her child in the front seat when a gunman walked up and opened fire.

The boyfriend, who was not named, told police he did not recognize the shooter. 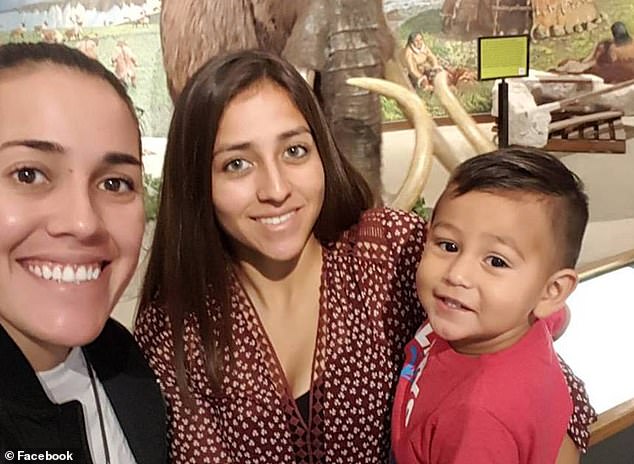 In the wake of Magaña’s murder, her sister Maria (pictured together) said the family did not believe she was intentionally targeted 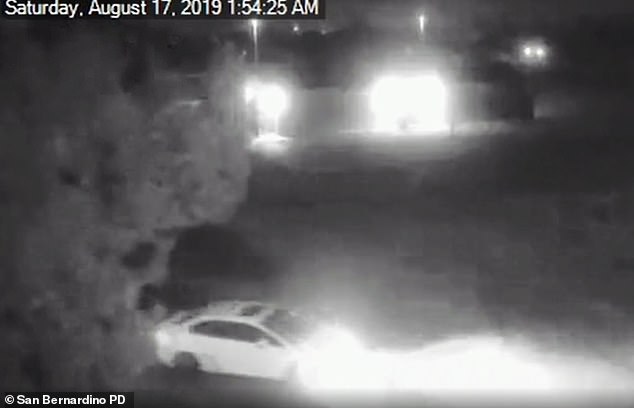 Loved ones set up a GoFundMe campaign set up for Delatorre after the father-of-two was killed on January 21.

The description reads: ‘Words can’t begin to explain what Israel meant to all of his friends and family. There will be a huge part missing from our lives. He had so much to live for, and so much more.’

Anyone with information about the shootings is urged to contact Sgt Albert Tello at 909-384-5613 or tello_al@sbcity.org. 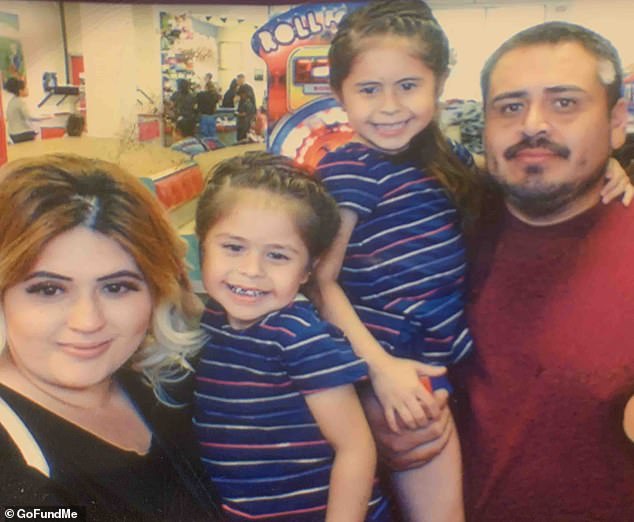