‘I lost my cool’: Motorcyclist bashed a taxi driver apologises

‘I kinda lost my cool’: Motorcyclist who pulled over in the middle of the Sydney Harbour Bridge to bash a taxi driver through his window issues grovelling apology

A motorcyclist who attacked a taxi driver in the middle of traffic on the Sydney Harbour Bridge had to be dragged away by onlookers, a court has heard.

Kristian Constandinou, 20, pleaded guilty to assault and menacing driving on Thursday for an attack on a taxi driver.

He has asked the driver for forgiveness after punching him about eight times in the head and repeatedly kneeing him in the stomach. 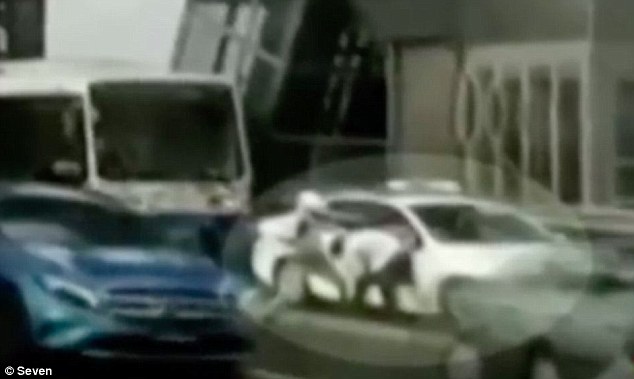 Kristian Constandinou, 20, pleaded guilty to assault and menacing driving on Thursday for a brutal attack on a taxi driver

‘He kind of aggravated me, but I should have taken a moment to think about my actions and, ah, just let it go.’

Motorists yelled at him to stop but he continued.

He finally stopped once he pulled away by two motorists.

‘I hope that you can find it in the kindness of your heart to forgive me,’ he said.

Constandinou is due to be sentenced in October. 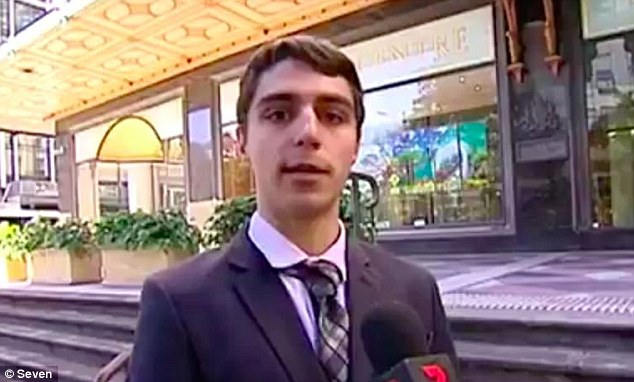 Kristian Constandinou, 20, has asked the taxi driver he brutally attacked for forgiveness after he pummeled him repeatedly