Ian Rush had his holiday home in Portugal burgled while he watched his former side win the Champions League in Madrid last weekend.

The Liverpool legend’s house in the Algarve was burgled on Saturday night while he undertook his UEFA ambassador duties in Spain during the eagerly-anticipated European showdown.

However, the 57-year-old didn’t appear to be too downbeat after discovering the news about the break in.

The former Liverpool striker, who presented the trophy to his old club, told the Liverpool Echo: ‘It still didn’t dampen my spirits as I’m still celebrating that fantastic win!’

Rush, who became a UEFA ambassador in 2017 for the first time, took up the role again for this year’s European final.

He added: ‘It was an absolute honour to hand the trophy to Liverpool, who more than deserved the trophy!’

Rush, who enjoyed two brilliant spells at Liverpool during his stellar career, won the European Cup back in 1984 for the Reds.

The 57-year-old thoroughly enjoyed his time in Madrid, seeing Jurgen Klopp’s side beat Premier League rivals Tottenham 2-0 thanks to goals from Mohamed Salah and Divock Origi. 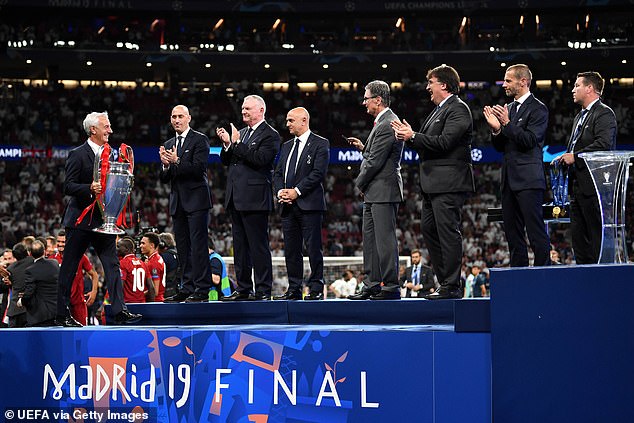