She’s very much known for experimenting with fashion.

The photo, which appears to be a throwback from New Zealand Fashion Week, sees the 27-year-old sporting an oversized puffer jacket, similar to one worn by the character. 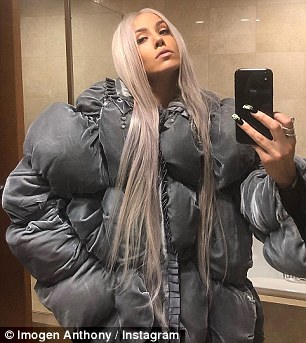 Who wore it better? Imogen Anthony [R] channelled Seinfeld’s George Costanza [L] in a VERY oversized grey puffer jacket, similar to the one worn in the show’s Dinner Party episode

In the picture, Imogen stands in a bathroom and takes a mirror selfie, showing off her avant-garde grey oversized puffer jacket, by Shroud The Label. 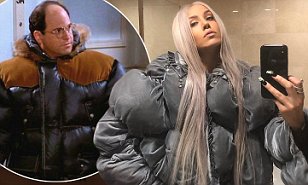 Who Wore It Better?

Raising one manicured hand to take the photo, Imogen places the other hand in her jacket’s pocket and tilts her head.

Her look is finished off with platinum blonde-grey extensions and a makeup palette consisting of a matte foundation, bold brows and a soft pink lip.

Imogen pens in the picture’s caption: ‘My mood today is literally as grey as this coat Although the coat makes me a lot happier than I actually am because it’s f**king fabulous.’

Imogen made an entrance at New Zealand Fashion Week on Wednesday, when she teamed the jacket with a Fendi handbag, black ankle boots, reflective sunglasses, a round-rimmed hat and veil.

Avant-garde: Imogen made an entrance at New Zealand Fashion Week on Wednesday, when she teamed the jacket with a Fendi handbag, ankle boots, sunglasses, a round-rimmed hat and veil 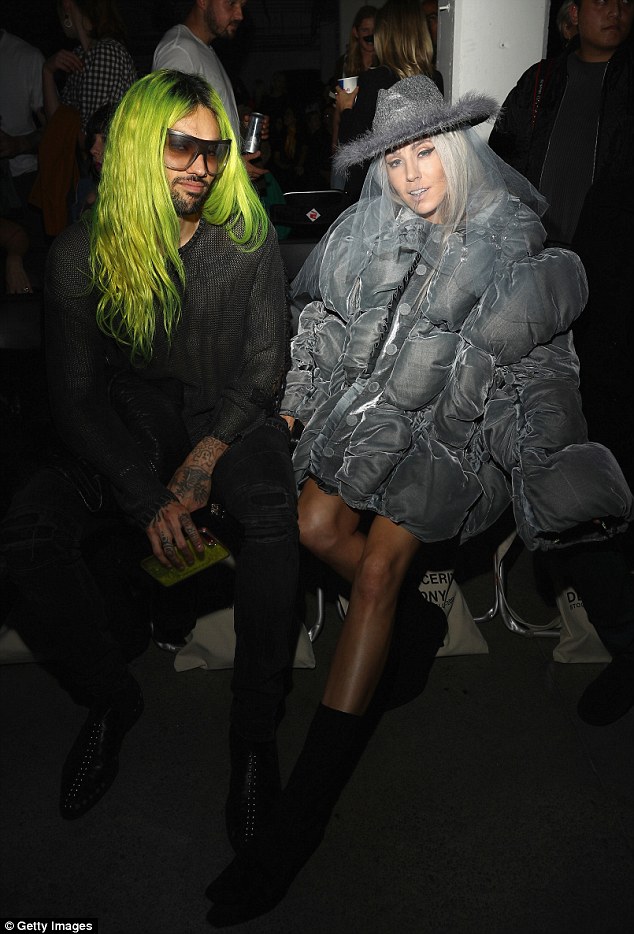 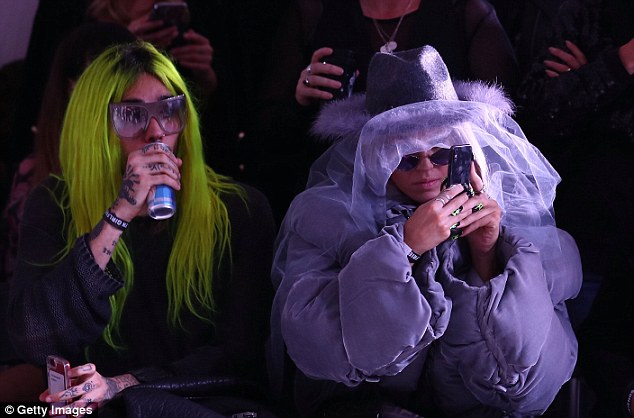 In the moment: Alongside a pal, the girlfriend of Kyle Sandilands snapped away on her iPhone

Airing in the fifth season in 1994, George famously wore a large black ‘Gor-Tex’ jacket due to New York’s chilly weather. 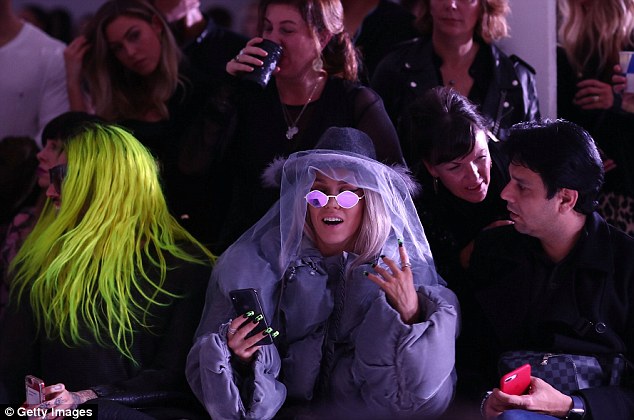 Animated: Imogen pulled an animated facial expression for the camera 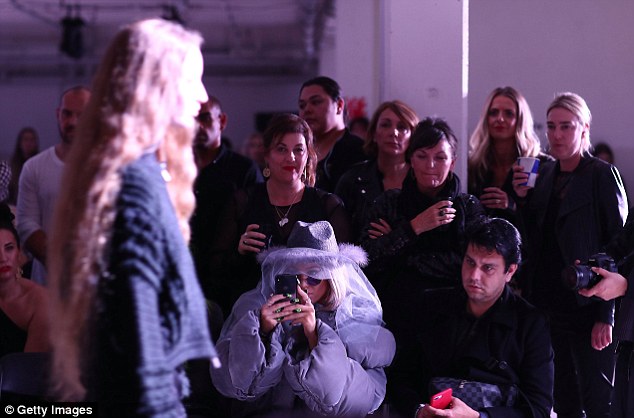 Likes what she sees? The model ensured she captured the perfect shot of one particular outfit 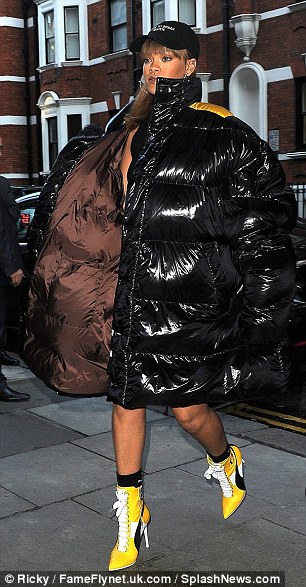 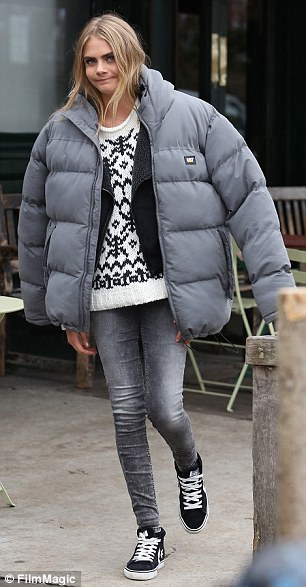 George reveals that he got the jacket that week, from a friend of his father who got a deal with Gore-Tex.

‘You know about Gore-Tex?’ George tells the group.

A similar oversized puffer jacket has also been worn by celebrities including Rihanna and Cara Delevingne. 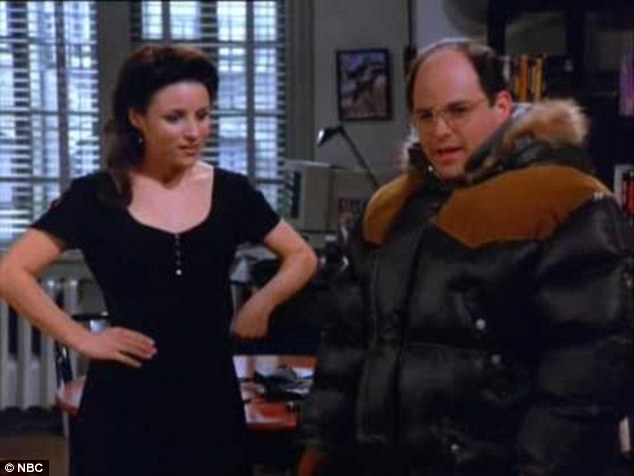