From the air, it looks like the perfect Caribbean island – a billionaire’s holiday playground with its 70 acres of beaches, palm trees, pools, a tennis court, a mansion, outbuildings and, of course, a helipad.

Very few would turn down an invitation to spend a few days at Little St James in the United States Virgin Islands, which is why the roster of those who visited the late Jeffrey Epstein’s lair in paradise was truly A-list, including Bill Clinton, Prince Andrew, Naomi Campbell, Peter Mandelson and, of all people, the late Stephen Hawking.

But while the island appears to be undoubtedly a heaven on earth, for many of its more reluctant visitors, it was hell. 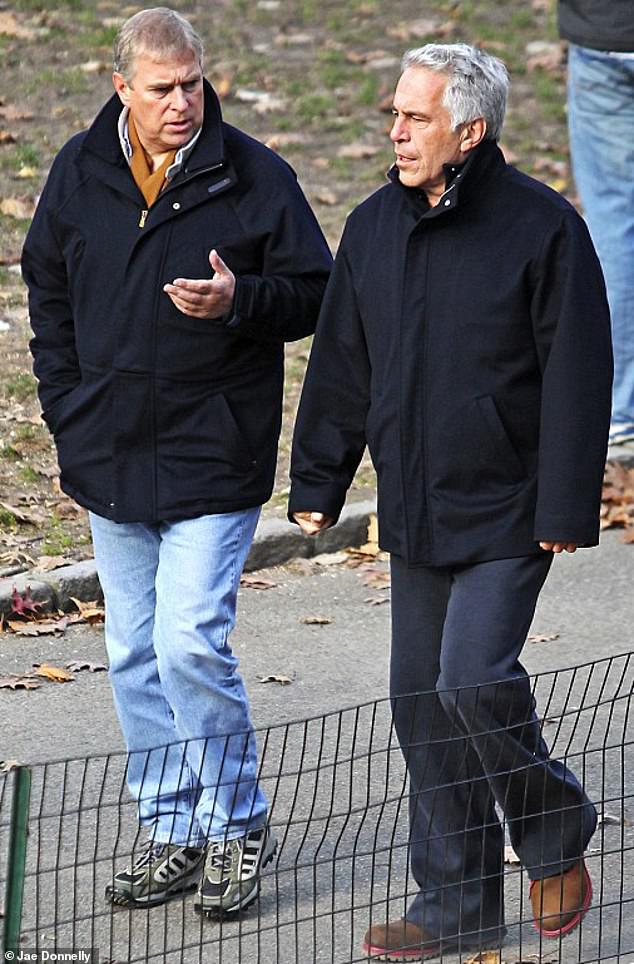 These lurid, throwaway epithets do not, however, lessen the horrors that Epstein inflicted on the girls, nor the lasting emotional damage he caused them.

Their claims were made public last week after documents were unsealed in a defamation suit filed by Virginia Roberts Giuffre against Ghislaine Maxwell, Epstein’s friend and alleged procurer-in-chief.

Take the case of a 15-year-old Swedish girl who, in 2005, recalled that while she was ‘distraught and shaking … literally quivering’, Maxwell and Epstein’s assistant, Sarah Kellen, had pressured her into having sex and even confiscated her passport and phone. 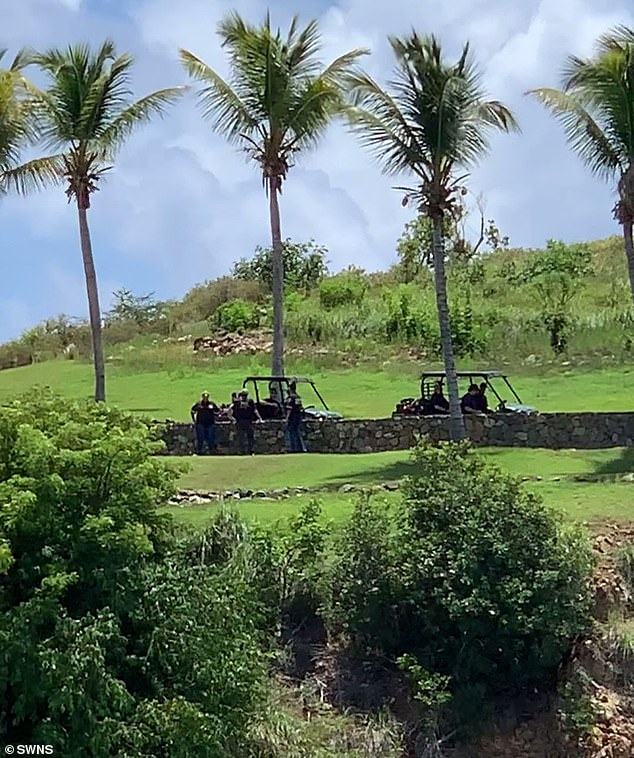 Another who allegedly had her passport confiscated was Sarah Ransome, who also claims to have been one of Epstein’s victims and who once tried to swim away from Little St James. She was eventually tracked down by a search party that reportedly included Epstein himself.

And let us not forget Ms Giuffre’s much-publicised allegation that it was also on the island that she ‘was forced (by Epstein) to have sexual relations’ with Prince Andrew when she was a minor. The allegation is strongly denied by Buckingham Palace, who claim ‘any suggestion of impropriety with underage minors is categorically untrue’.

In April 2015, a judge threw out the allegations against Prince Andrew and ordered them to be struck from the record as being ‘immaterial and impertinent’.

Shockingly, girls of such a young age appeared to be all-too frequent visitors to the island, according to Cathy and Miles Alexander, the couple who managed Little St James for Epstein for eight years until 2007.

‘I saw some girls who I thought were very young-looking — about 16 or 17, easily — and it bugged me because I have a daughter and, although she was in her 20s, I didn’t like the idea that another woman’s child was in that situation,’ Cathy Alexander revealed in an interview. 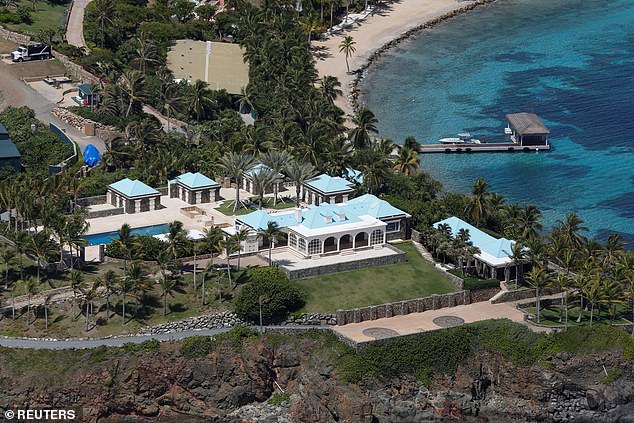 Facilities at Little St. James Island, one of the properties of financier Jeffrey Epstein, are seen in an aerial view, near Charlotte Amalie, St. Thomas, in the Virgin Islands

‘I didn’t feel comfortable about it. They looked like they had stepped out of an underwear catalogue.

‘They walked around with very few clothes on or lounged by the pool with nothing on. It was like that most of the time. I was concerned about their ages. A few of them looked very young and I couldn’t help but wonder if their mothers knew where they were.’

‘One very young-looking girl was called Tila. I just thought “you really shouldn’t be here” but I made myself switch off, as I had no proof.’

On many occasions, Epstein was insistent that Miles Alexander should smuggle the girls on to the island and have them circumvent immigration control on the nearby island of St Thomas.

Mr Alexander refused to help but, as he acknowledged, there were others who were more than willing. 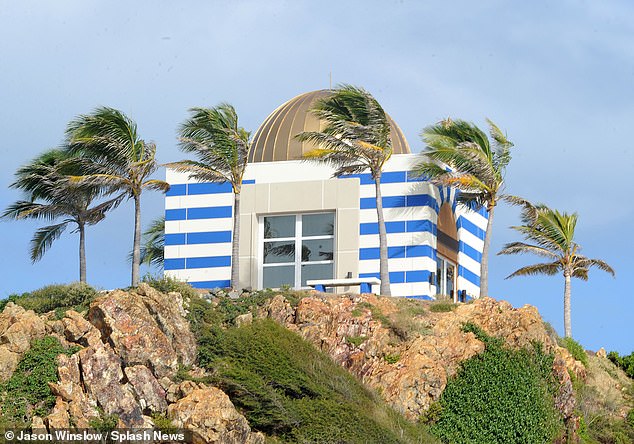 Such complicity — and the turning of blind eyes — is, of course, what enables rich and powerful men like Epstein to indulge their criminal and abusive tastes.

Another man who worked there was Steve Scully, who recalled Epstein’s troubling approach to decorating his buildings throughout the island.

‘There were photos of topless women everywhere,’ Scully told ABC News. ‘On his desk, in his office, in his bedroom.’

It wasn’t just topless photographs that Scully saw when he was on the island but also topless girls, riding off-roaders and sunbathing, who ‘couldn’t have been more than 15 or 16 years old’. 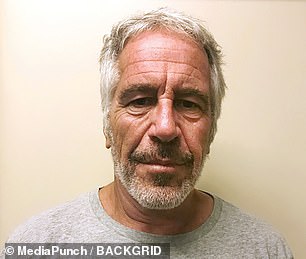 Financier Jeffrey Epstein, 66, was found dead on August 10 in his prison cell in New York while awaiting trial on sex trafficking charges

Despite all the statements and all the interviews given by Epstein’s victims and those who worked for him, there is one part of Little St James that remains a complete mystery. It is a curious building on the southwest headland of the island that some suspect may represent the heart of Epstein’s sordid sex- trafficking activities.

Measuring 30ft square and about 30ft high, the box-like building had a golden dome until it was thought to have been blown off in a storm. The walls are painted in thick blue-and-white stripes and there is a locking bar placed across one of the doors.

Surrounding the building is a terrace featuring some sort of labyrinthine pattern.

According to the drawings in the original planning application, the building was supposed to be octagonal and to contain a bathroom and a living room, in which was to be placed a grand piano.

So what exactly is the curious building for?

Some say it is simply a music room where Epstein — who was reputed to be a brilliant pianist — could tinkle the ivories. Others say it is a gym but that seems unlikely, given that the mansion house surely has such a facility.

Because the structure looks like a temple, you don’t have to be the biggest conspiracy theorist on the planet to suppose it is a place where Epstein carried out his sexual abuse in an almost ritualistic fashion.

‘What makes it peculiar is that if you wanted to keep people out, the bar would be placed inside the building,’ said James Both. ‘But the locking bar appears to be placed on the outside . . . as if it were intended to lock people in.’

Add to this the fact that the room is supposedly soundproofed and it is hard not to feel a chill about the place. Even if the building was used for entirely innocent purposes, there is surely no sane parent on earth who would allow their teenage daughter to spend any time there with a man like Epstein.

In the months to come, doubtless more secrets about Little St James will emerge. And, more disturbingly still, it was not even Epstein’s only island — for he had also bought the nearby Great St James in 2016 and was in the process of trying to develop its 165 acres when he died.

The idea that Epstein was planning an even greater island of horrors is perhaps too much to bear thinking about.