Is the weighing of passengers before their flights about to take off?

Is the weighing of passengers before their flights about to take off? Tech firm in talks with airlines over the use of ‘pressure pad’ scales at check-in desks

Passengers may soon be weighed before they board flights in a bid to cut costs and carbon emissions.

Berkshire-based company Fuel Matrix is reportedly in talks with long-haul airlines in the UK over the deployment of ‘pressure pads’ that would discreetly weigh passengers as they pass through the airport.

This data could then be passed directly to the flight deck for pilots to work out precisely how much fuel their plane needs.

Using more fuel is not only expensive for carriers but also produces more carbon emissions.

Currently, airlines calculate the total weight of its passengers using an estimate based on gender. They allow 88kg (13.8 stone) for men, 70kg (11 stone) for women and 35kg (5.5 stone) for children.

But Fuel Matrix believes this calculation makes airlines use more fuel than they need to. 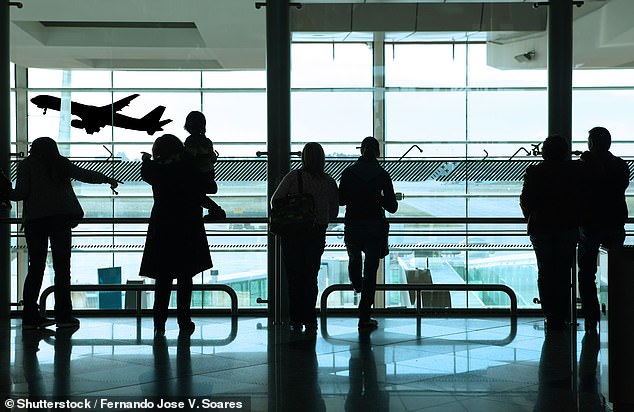 However, it is not the first time the idea of weighing passengers before flights has been floated.

In 2015, Uzbekistan Airways announced it would weigh passengers at check-in desks.

It said some overweight people would be excluded from busy flights on smaller planes if limits are exceeded.

In 2017, Finnair also launched a similar scheme, although this was on a voluntary basis only.