An alleged ISIS supporter has denied encouraging an attack on Prince George by posting details of his school on an encrypted social media platform.

Husnain Rashid, 32, from Nelson, Lancashire, entered not guilty pleas to a series of charges at Woolwich Crown Court today, including allegations he plotted attacks on football stadiums.

Rashid was allegedly in touch with an ISIS operative in Syria and was seeking to get to Syria to join the terrorist group.

The new charges also allege that Rashid, an unemployed web designer, was running his own ‘brand’ on the Telegram application which he used to encourage lone wolf attacks.

It was alleged that he posted details about the eldest son of the Duke and Duchess of Cambridge on an encrypted forum.

The details were said to include a photograph of Prince George, the address of his school, and a black silhouette of a jihadi fighter with the caption: ‘Even the royal family will not be left alone.’ 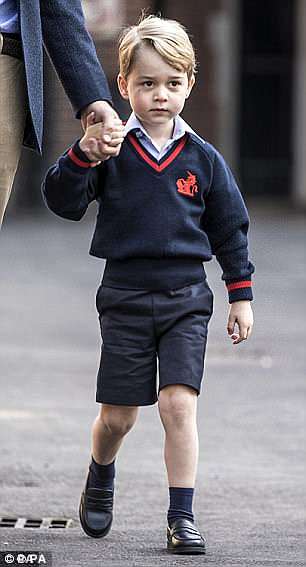 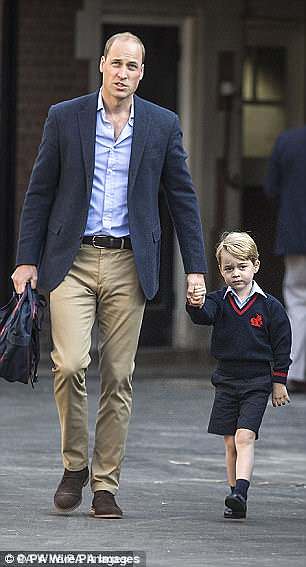 Rashid is accused of posting a photograph of Prince George (pictured in file photos), the address of his school, and the silhouette of a jihadi fighter

Rashid also allegedly shared information about a terror attack on a football stadium in Istanbul.

He allegedly posted a map of Sixth Avenue in New York with the message, ‘New York Halloween Parade. Have you made your preparations? The Countdown begins.’

He appeared in court with a large beard, wearing a grey prison sweatshirt, glasses and a black prayer cap.

He pleaded not guilty to three charges of preparing acts of terrorism, one of encouraging terrorism and two charges of disseminating terrorist publications and one under the Regulation of Investigatory Powers Act (RIPA).

He is expected to face trial next month. 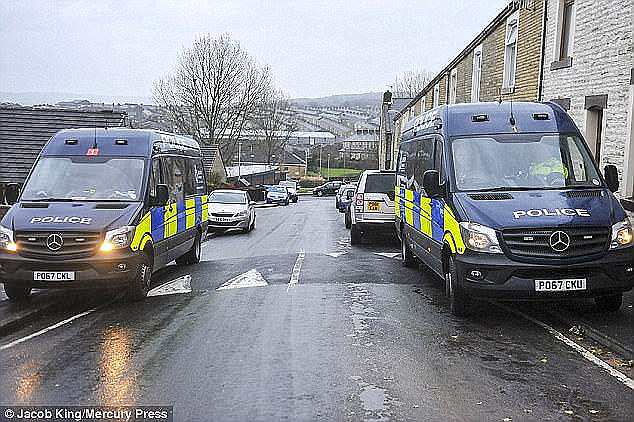 Rashid was arrested in a police raid on this terraced street in Nelson, Lancashire