Though no group has yet claimed responsibility, ISIS supporters boasted that the attack, in which three people were killed, was carried out ‘days after our threats’.

Rita Katz, director of SITE – an organisation which tracks the online activity of terrorist organisations – tweeted that ISIS supporters were telling others to ‘rejoice’ and ‘give good news’ after the shooting.

‘However, it’s an easy point for ISIS supporters to hone in on as such threats are common this time of year.’

The suspect in the Strasbourg attack is not yet in custody, after managing to hijack a taxi at gunpoint and escape the scene, where 14 people were injured alongside the fatalities. 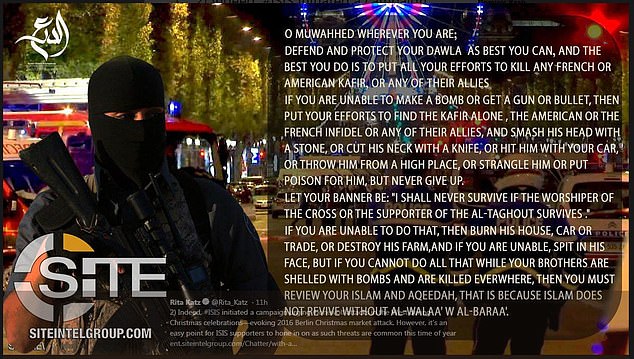 Katz added that based past ISIS-claimed attacks on the West and on the ‘way its community of supporters unanimously took to embracing/celebrating’ the Strasbourg attack it ‘seems likely’ that ISIS will claim responsibility for it.

ISIS supporters have recently been circulating posters inciting attacks and threatening the West.

One poster from just days before the attack shows a Father Christmas figure kneeling on the ground in front of a Christian cross dripping in blood as a masked Jihadi prepares to behead him. 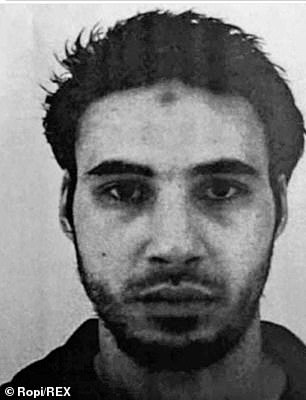 It says: ‘Do not leave your home because we are thirsty for your blood’.

Another poster offers a rallying cry to lone wolf terrorists.

It says:  ‘If you are unable to make a bomb or get a gun or bullet, then put your efforts into finding the kaffir alone, the American or the French infidel or any of their allies and smash his head with a stone’

It continues: ‘or cut his neck with a knife, or hit him with your car, or throw him from a high place, or strangle him, or put poison for him, but never give up.

‘Burn his house car or trade or destroy his farm, and if you are unable, spit in his face.’

Cherif Chekatt, 29, was known to the intelligence services as a potential security risk and would have been under partial surveillence.

On Tuesday, his home was searched by police, who reportedly discovered grenades and a rifle. 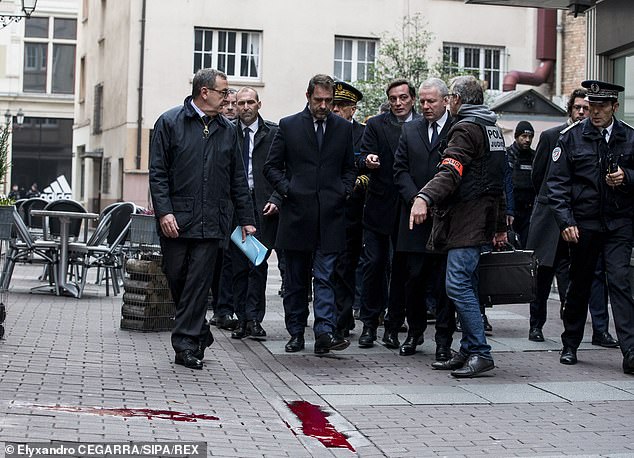 One of the fatalities was named in Thai media as tourist Anupong Suebsamarn, 45, who had recently arrived in France on holiday. He was shot in the head on rue des Moulins.

Another victim is said to be a Strabourg resident born in 1957, who died on rue des Chandelles.

Britain is on high alert for a repeat or copycat attack, with armed officers patrolling Christmas markets up and down the country. Plain-clothes detectives are also being deployed to blend in with the crowds.