The Premier League trophy remained in Manchester on Sunday evening, but it was the blue end celebrating after a closely fought contest saw local side City claim the title by the narrowest of margins.

A solitary point separated Pep Guardiola’s side from Jurgen Klopp’s resurgent Liverpool, with a 3-2 win against Aston Villa handing them their second consecutive title – Guardiola’s fourth in six seasons.

Emerging in Manchester’s Spinningfields on Sunday evening, the relief was evident as England stars Jack Grealish and Phil Foden joined Algerian ace Riyad Mahrez and their jubilant teammates at The Ivy Brasserie.

Here we go: jack Grealish led the way as Manchester City celebrated their Premier L:eague victory at The Ivy Brasserie in Manchester on Sunday evening

It was new territory for Grealish, who was celebrating his first Premier League win since joining Manchester City from boyhood club Villa for a record £100million last summer.

The talented midfielder looked relaxed in a denim jacket, white T-shirt and black skinny jeans as he made his way inside the popular venue with his teammates.

His celebratory drinks had long since started before he even got to the Ivy as he posted a photo of him sipping a lager in the City dressing room with the caption: ‘Ooffft the first of many.’ 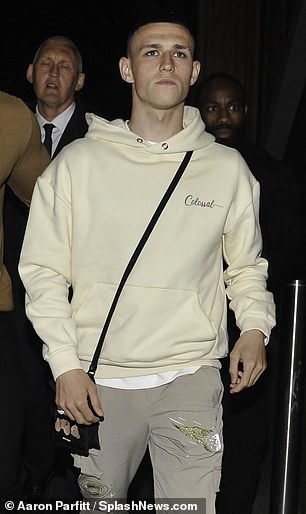 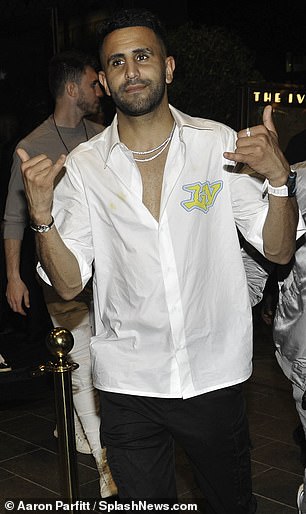 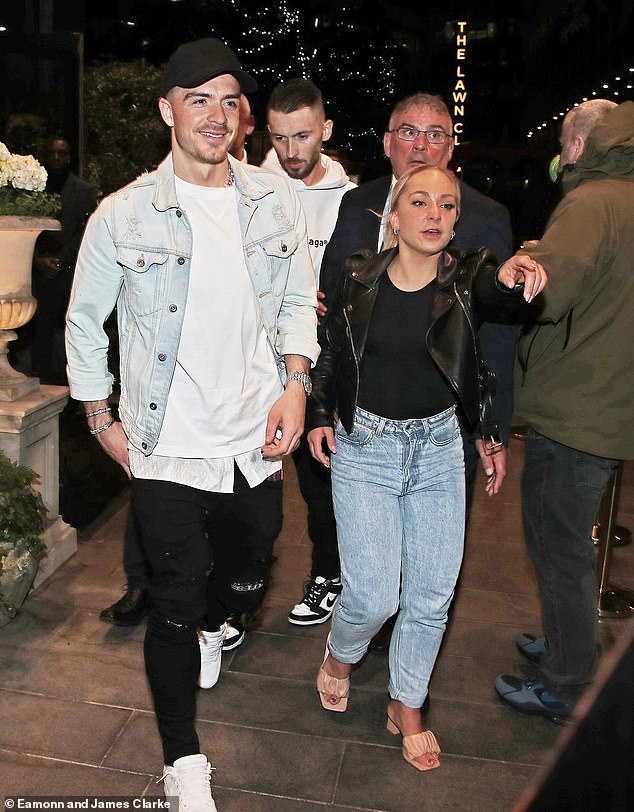 Mahrez looked equally relaxed in a white shirt, unbuttoned to the chest, and black trousers as he greeted onlookers outside The Ivy.