JAN MOIR: Why IS Saturday night TV such a turn-off?

A singing competition you say? Well, what a marvellous idea. Why hasn’t anyone thought of that before?

A new six-part series called All Together Now (BBC1) was launched over the weekend, boasting that it was ‘no ordinary singing competition’ — but only because it is possibly the worst that has ever been broadcast. Up to and including The Voice.

Yet, All Together Now is the Beeb’s great new hope to win the prime time Saturday night battle.

Despite its aspirations, it turned out to be an eruption of karaoke awfulness, with contestants trooping on to sing their party bangers, fresh from not making if through the lower rounds of other singing shows.

It was people you have never heard of judging people you never want to hear again, with the additional horror of former Spice Girl Geri Horner presiding over events in her usual flinty, self-interested way.

A new six-part series called All Together Now (BBC1) was launched over the weekend, boasting that it was ‘no ordinary singing competition’ — but only because it is possibly the worst that has ever been broadcast. Up to and including The Voice, says JAN MOIR. Pictured are co-hosts 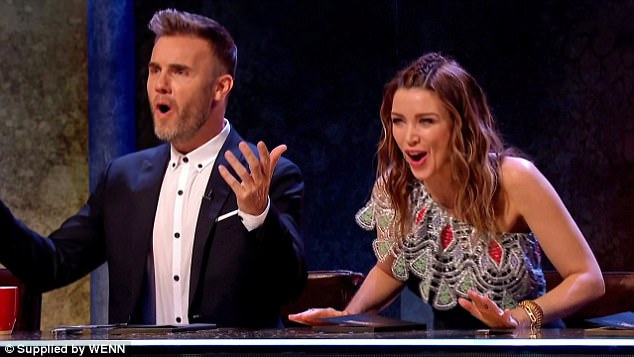 Let It Shine (pictured) was a sparkle-free attempt to relaunch the musical audition series, with Gary Barlow and ubiquitous judge Dannii Minogue hoping to find five leads for a Take That jukebox musical

Asking Geri to fake an interest in the fortunes of yodelling wannabes who appear to have crawled out from under Fraggle Rock was clearly a stretch too far.

Co-host Rob Beckett did his best but to little avail: he is a beetle scrabbling for purchase on a singing dung heap; he is doomed.

The question is, if this is the quality on offer, could Saturday night television also be doomed, with the glory days of smash hit shows and record viewing figures consigned to the Dusty Bin of the past?

Despite a tempting array of modern distractions and choices — multiple channels, Netflix, Amazon Prime, BBC iPlayer and on-demand viewing — the Saturday night audience is still the biggest prize of all, the disputed territory upon which all broadcasters want to plant their mighty flag.

The Beeb has the hugely popular Strictly Come Dancing, of course, which has now passed its 15th series and trounces all opposition from October to December.

However, their problem is what to do during the rest of the year to compete against the glittering onslaught of ITV’s big hitters, such as Ant & Dec’s Saturday Night Takeaway, the dating show Take Me Out, Britain’s Got Talent and The X Factor.

Take the past 12 months for example, where nearly every big new contender has been, ouch, a big flat pancake of failure.

Let It Shine was a sparkle-free attempt to relaunch the musical audition series, with Gary Barlow and ubiquitous judge Dannii Minogue hoping to find five leads for a Take That jukebox musical.

So far so dull, but then viewers were peeved to find that it was all a bit of a con anyway, with the winners appearing only in secondary roles in a regional touring show. Stop wasting our time!

Len Goodman’s Partners In Rhyme was another big Saturday night hope, a format based on the former Strictly judge and his fondness for, er, rhymes. Remember ‘it’s a ten from Len’?

Incredible as it seems, this catchphrase was the basis for an entire Saturday night series.

‘If you’ve got the time, Len’s got the rhyme,’ viewers were chirpily told, as Len shepherded contestants playing to win a holiday in Portugal. Or a pen. From Len.

Could this rubbish get any duffer? Why is it that we viewers must sit and suffer? 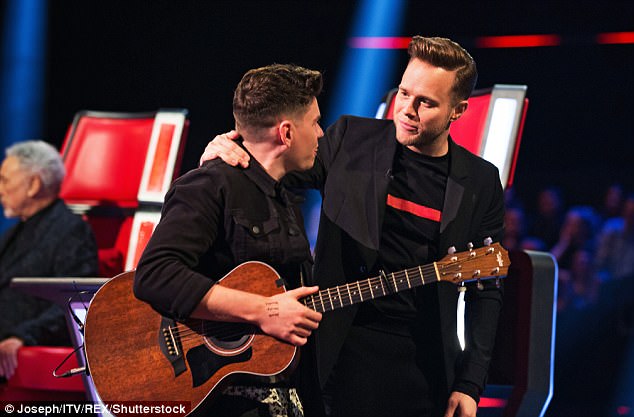 In a new Radio Times article, he points out that ‘winning Saturday nights for the BBC is like winning Christmas: it demonstrates that the BBC takes seriously the entertain bit of its remit to “inform, educate and entertain”. Early evening on a Saturday is one of the few slots where you can still get the whole family viewing the same programme together’.

Yet the challenge for both BBC1 and ITV is that making a new show succeed in such a competitive slot is incredibly difficult.

If you look back to Saturday nights over the decades, the triumphs are mighty but rare; Bruce Forsyth’s Generation Game, Blind Date, Beadle’s About and Noel’s House Party all stayed the course, while more recent triumphs include Strictly, Britain’s Got Talent, The X Factor, Harry Hill’s TV Burp, Take Me Out and Ant & Dec’s Saturday Night Takeaway.

However, no show, no matter how successful, can go on for ever: viewers will eventually tire and the old favourites must be replaced with something new and fresh — but who can repeat the popularity of greats such as Brucie, Cilla Black, Beadle and yes, even Noel Edmonds?

One of the things lacking in light entertainment today is that old-fashioned edge of menace. In their onscreen personas, Brucie and the gang all had a thin streak of cruelty that audiences adored, from gently mocking guests to punishing celebrities by locking them in the gunge tank.

Such gentle bullying is just not acceptable today. Even The X Factor has cut back on its trademark rudery towards the more hopeless contestants.

Could that be part of its dwindling appeal and audience figures, which plunged to an all-time low of four million in December?

Meanwhile, back in the karaoke dungeon of All Together Now, part of the problem is that even Geri seems to think it is unimportant, despite the £50,000 prize money.

‘It’s not going to change anyone’s life,’ she said. What is the point, then?

So it is not encouraging that it replaced another new Saturday night Beeb clunker, the ghastly Wedding Day Winners, which disappeared without trace after only three episodes. 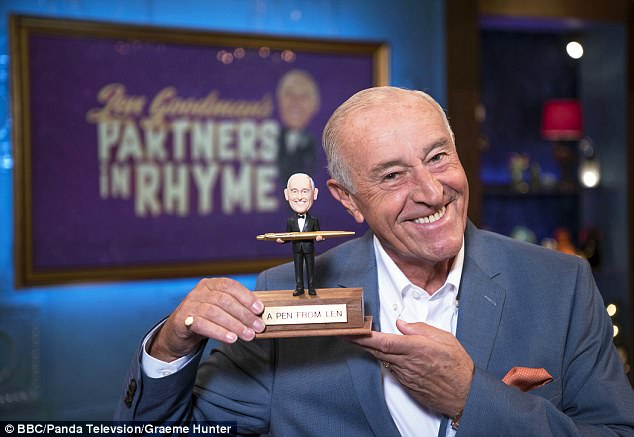 Len Goodman’s Partners In Rhyme was another big Saturday night hope, a format based on the former Strictly judge and his fondness for, er, rhymes. Remember ‘it’s a ten from Len’? Incredible as it seems, this catchphrase was the basis for an entire Saturday night series

No wonder. Rob Beckett (him again) and Lorraine Kelly presented this Generation Game-style nuptial fiasco, which featured engaged couples competing to win a honeymoon, a wedding, an inflatable hot tub, a year’s supply of champagne and a lifelong hangover of regret.

Daytime queen Lorraine was even more emotional than usual, hosing her hot, liquid empathy over a coven of bridezillas and their gormless grooms.

The climax each week featured the winning couple actually getting married in the television studio, a miserable traducement of a sacred ceremony, complete with trembling-lip close-ups.

At the end of the third show, Lorraine said they would be back on screen in time for Harry and Meghan’s wedding; one can only hope that it was a threat, not a promise.

Clearly, the BBC is approaching a crisis point over its failure to produce a hit formula for a new Saturday night show.

TV bosses want the new and the bold — fresh formats featuring new stars — but nothing has emerged for years that isn’t some terrible clone of what has gone before.

So their search for a Saturday night hit continues, but will they find it in a swamp of onscreen weddings and cheap karaoke?

All together now: No.